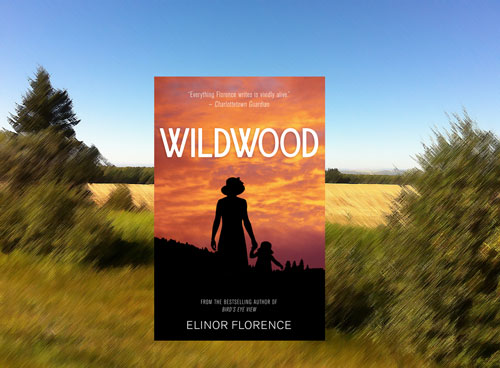 Juniper is a fictional town, located in what is called Peace River Country, or colloquially, “The Peace.” It’s a huge area that covers part of northern Alberta and extends into the neighbouring province, British Columbia.

Juniper is loosely based on the town of Peace River, Alberta, located about 500 kilometres north of Edmonton, Canada’s northernmost large city. 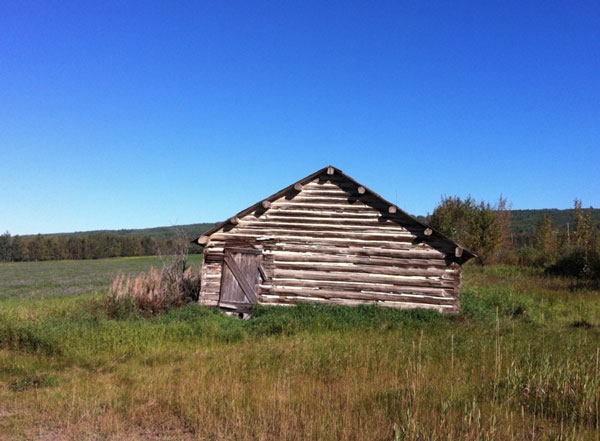 In the novel, my fictional town of Juniper is somewhat smaller and more rustic than the real town of Peace River. Instead, Juniper incorporates elements from various small towns scattered through this huge area. My fictional farm called Wildwood is located another 150 kilometres north of the town, at the very edge of Canada’s northernmost farming community.

I chose this part of the world because it is rugged and beautiful, and very cold. I wanted my heroine Molly to experience the extreme contrast of moving from the hottest city in the United States to an isolated environment that is the opposite in almost every way.

You clearly write with passion and a deep interest in the role of the homestead in Canadian society. What made you choose this for a modern day story?

I grew up on the prairies where almost everyone’s forefathers, including my own, were homesteaders. My great-grandparents arrived from Scotland and England in search of a better life. I have several keen historians in my family, so I’m well aware of the hardships that they experienced. I wondered how a young woman raised in modern society would cope under similar conditions. 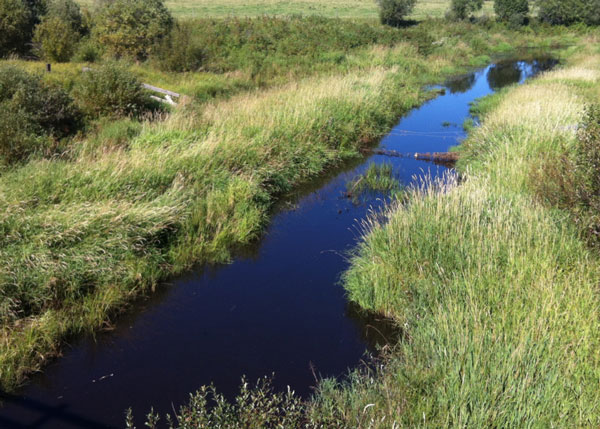 Why do you think the homestead is important for Canadians and non-Canadians to learn about?

Canada’s vast western provinces were opened up to settlers from all countries in the early part of the twentieth century. It was a unique period in history, when immigrants sailed across the ocean to a completely unfamiliar world with the promise of 160 acres of free land. This country attracted the most ambitious and the most adventurous young men and women. They were offered this once-in-a-lifetime opportunity to fulfill their dreams, and modern-day Canada is their legacy.

How did you research the conditions of the time?

The farm where I grew up in the 1950s did not have indoor plumbing or a telephone, so some of my knowledge is first-hand! I remember my mother cooking on the wood stove, and melting snow to wash the dishes. My brother owns the farm now, and it has power and plumbing, but the original wood stove is still sitting in the kitchen.

In order to write the diary entries of the original homesteader, I read about three dozen books of pioneer memoirs. I find that women write the best diaries, because they include so many details about daily life. For example, the incident where the cow runs away the first time she sees Mary Margaret wearing trousers instead of a skirt was based on a true incident. 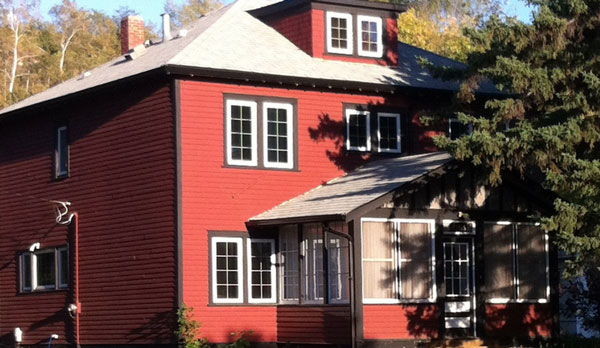 The idea of the catalogue house was intriguing. Was this unusual?

“Catalogue houses,” as they are called in North America, are not uncommon. The entire house down to the last nail was shipped in pieces, and then assembled by carpenters on the spot. Many Canadians and Americans ordered their houses from catalogues in the 1920s. During my research, I stayed in a catalogue house on the prairies that has now been converted into a bed-and-breakfast. After the owners retired for the night, I crept around the house making notes and taking photographs.

I used the actual floor plan, the Eastbourne Model purchased from the T. Eaton Company, for the house in my novel. It’s a foursquare house, sometimes called a prairie style house, which was easy to assemble because it has four walls of equal size, and four rooms on each floor. The reference to the historic foursquare house in Juniper is based on a real house located in Peace River.

Would you like to live in such a house?

Yes! It has always been a dream of mine to live in an old house with all the arts and crafts features that I described, including the high ceilings, stone fireplace, and stained glass windows. When my husband and I built our new house, we tore out the Douglas fir flooring from my grandfather’s old farmhouse before it ws demolished, and installed it in my new living room. I think that’s as close as I will ever come to living in an old house, since my husband does not share my passion! 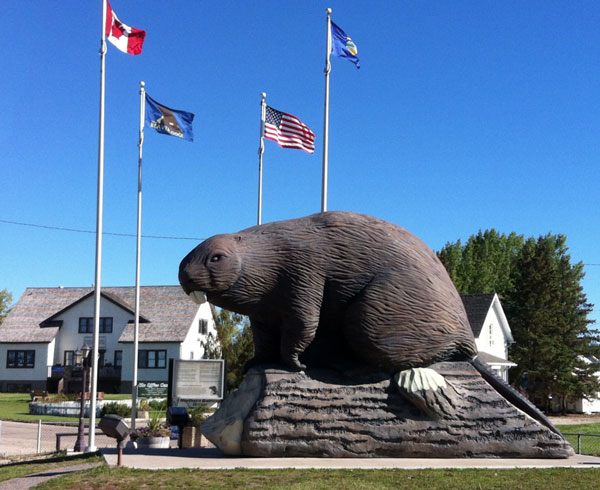 What in particular do you think is a nice cultural touch?

The beaver is Canada’s national animal and this cultural icon recurs throughout the book. Its beautiful thick pelt was the reason that the first French and English fur traders arrived in Canada’s north in the 1700s to trade with the indigenous people already living here. One of the characters in the book, Lisette Chatelaine, is a direct descendant of those early fur traders.

In the novel, Molly reads her little daughter a famous children’s book called Paddy the Beaver by Thornton W. Burgess; and the farm called Wildwood features a beaver colony living on the property. There is even a town in Peace River Country called Beaverlodge, with a sculpture of the beaver to welcome visitors.

What does Alberta have that other provinces don’t? 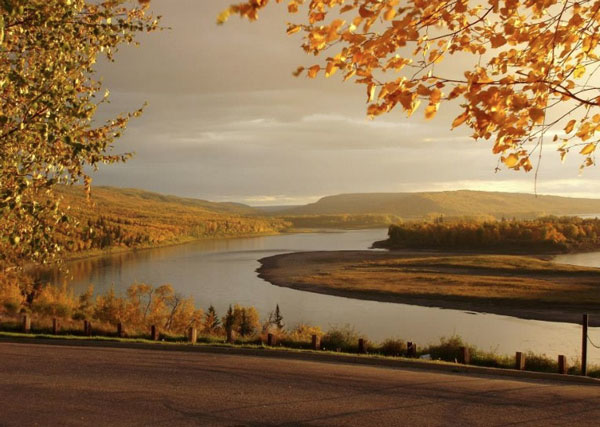 Alberta has a variety of different landscapes – the boreal forest in the north, fertile farmland in central Alberta, huge prairie ranches in the south where thousands of cattle graze, and the towering Rocky Mountains along the western border, popular with tourists from all over the world. It is also one of Canada’s richest provinces due to the vast quantities of oil that lie under its soil.

During my research I drove through northern Alberta in my truck, visiting small pioneer museums and feasting my eyes on the stunning landscape of mixed grain fields and forest, with a brilliant blue sky arching overhead.

Do you think you would have had problems living like the character in the book?

I believe I would have made a good pioneer, but maybe I’m giving myself too much credit. Most people underestimate how much relentless hard work the pioneers endured, not to mention the loneliness. I definitely would have enjoyed the challenge of creating something from nothing. The real deprivation, I think, was having no access to health care, especially in the case of serious accidents or illnesses. It must have been truly terrifying to give birth in a log cabin! 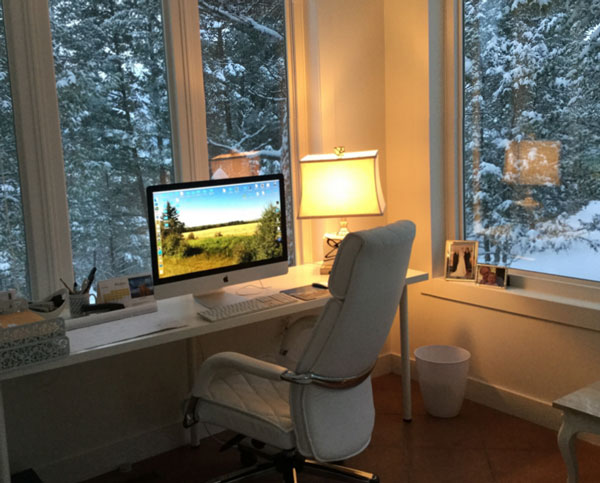 I have a busy writing life, because I research and write a monthly blog called Wartime Wednesdays in which I interview veterans and tell true stories of wartime life, with a special focus on women. That sprang from my first novel Bird’s Eye View, about a farm girl from Saskatchewan who joins the air force during the Second World War, travels to England, and becomes an interpreter of aerial photographs. I also contribute regularly to several periodicals and websites. Secretly, though, I fantasize about writing a sequel to Wildwood in which Molly is finally able to restore the old farmhouse and bring it back to its former glory.

What is better about a time with no technology?

The internet brings a daily flood of bad news and the awareness of horrors that we never knew existed. This can sometimes be overwhelming. On balance, however, I love the internet because it has allowed me to reach so many people — for example, the readers of my own Wartime Wednesdays blog, and the readers of your excellent website The Book Trail!)

Thank you for your kind words and for a wonderfully immersive visit to your literary location Elinor!