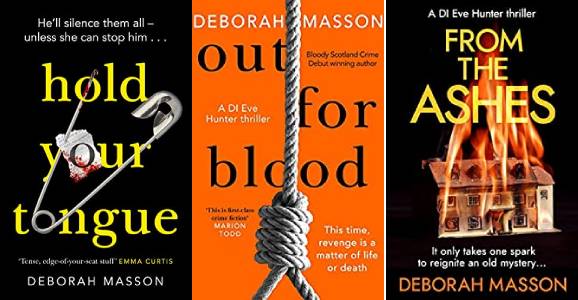 First and foremost because it’s the city I was born in. Yes, I’ve travelled extensively and lived elsewhere but I’ve always returned to my hometown. Aberdeen is what I know, the place I love, and they do say to write what you know! 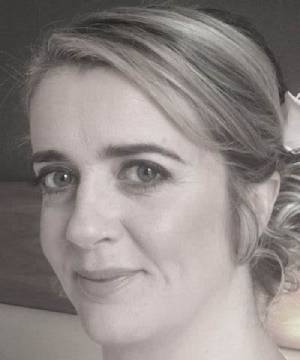 But, it’s not only that. I knew when I started scribbling that Aberdeen would lend itself perfectly to the crime fiction genre.

A city perched on the edge of the freezing depths of the North Sea, it’s a place that’s battered by the elements – the crashing of the waves and the rainfall that makes Aberdeen famous for its grey rainy days. A place that is often seen as dark and brooding – something we expect from our fictional stories of murder and mayhem.

But, the grey of those rainy days is not the only reason that murky colour is linked to the city – it’s also the grey of the granite used to build so much of the city’s stunning architecture. That locally sourced stone has led to the city being known as the ‘Silver city’ and, as much as the rain falls, Aberdeen also has its moments when it sparkles in the sunshine, thanks to the granite.

All reasons I chose the setting of Aberdeen because atmosphere is important, but it’s also the fact that the city is the oil capital of Europe. Striking oil changed the city, bringing money rushing in, creating many opportunities and, for many, making it an affluent city to live. But, like anything, that doesn’t come without its trade-offs and it’s the class divide within the city that interests me. The poverty against the riches. How that divide can influence the behaviours and actions of people – what desperation in financial struggles can make people do, but also what priviledge can make folk fight to protect.

And it’s those behaviours and actions of people that drives me to write.

What makes them tick?

Why they do what they do?

That old good v evil scenario but WHY did they go over to the dark side – Aberdeen being the perfect setting to explore those questions. The place is a character in itself for all the reasons mentioned and more. 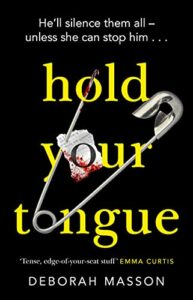 In my debut, Hold Your Tongue, I wrote about a serial killer with a rather, shall we say, unique way of killing his victims but, for me, it wasn’t about the gore, it was about the why – the darkness in his life that him brought him there and I had fun playing with the background of Aberdeen in the depths of winter against that. I hope it brought a chill in more ways than one. 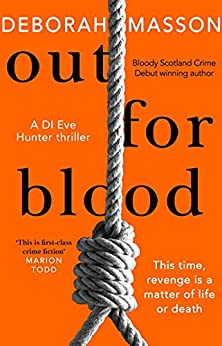 In the second in the series, Out For Blood, there is a fictional private boys school where their wishes and wants were indulged by parents. I wanted to explore that class divide in the city that I spoke of earlier. These parents had done well in the city’s oil boom – leading to those boys having the same expectations as adults but in a much more dangerous way. All of this at the expense of vulnerable individuals caught up in a life they have no control over. 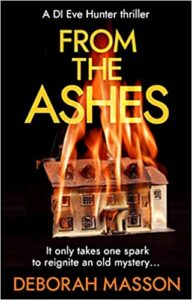 The third and latest in the series, From The Ashes, looks again at what environment can do to people, except that this time it was in the vein of the old nurture v nature argument. A fictional children’s home where they historically had no say in their lives, or treatment by others. How they can be so vulnerable in such a cosmopolitan, affluent city, and how that travesty manifested itself in their lives as adults?

The setting of Aberdeen within these stories was never a question, it was a given.

It’s a place that I’ve lived and breathed all my life. A place I see every day and often dream about at nights.

I love Aberdeen and I’m lucky to be able to bring it to others in some form . My version is shrouded in death and the tourist board probably isn’t my best friend, but apart from that…..