The Lost Apothecary with Sarah Penner

The Lost Apothecary set in London

Every now and then, a book comes along that draws you into a world that simply fascinates you. This novel is one of them as it’s set in an old fashioned apothecary in the late 1790s. It’s located down a small alley in London, close to the Thames and the atmosphere is carefully crafted to evoke the smells, noises and mysteries of the time.

Are you ready to enter this most magical and mysterious of places? 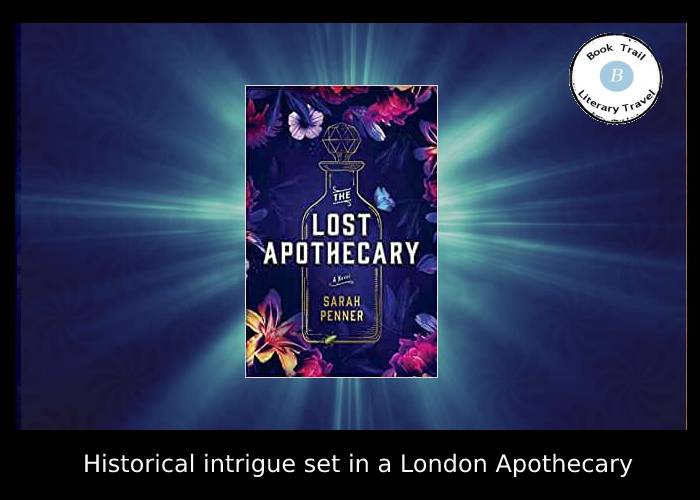 The apothecary – setting and atmosphere

“My shop, like my poisons, was too cleverly disguised. No man would find this place; it was buried deep behind a cupboard wall at the base of a twisted alleyway in the darkest depths of London.”

Inside, there are two rooms:

” The first room, situated in the front, remained directly accessible from Back Alley. anyone could open the front door – it was nearly always unlocked – but most would assume they had arrived at the wrong destination…..”Sometimes , if I was lucky, a nest of rats toiled away at one corner of the room, and this gave further impression of disuses and neglect. This room was my first disguise.” 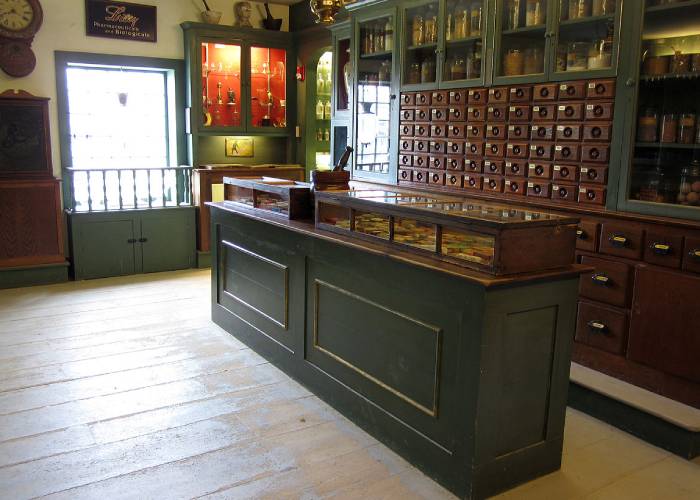 Could this be the apothecary? (c) Wikipedia

“….I waited silently behind the wall, my fingers stained with the residue of poison.”

Who works in this apothecary and what does she do?

Rule #1: The poison must never be used to harm another woman.

Rule #2: The names of the murderer and her victim must be recorded in the apothecary’s register

What does the author Sarah Penner have to say about the world of poisons and potions she has recreated in her novel?

“Death by poison is, at its very nature, an intimate affair: an element of trust generally exists between victim and villain….”

“..the largest population of accused poisoners consisted of mothers, wives and female servants, between the ages of twenty and twenty-nine.”

The setting of the apothecary past and present.

When the present day storyline takes over, the streets have changed considerably but the author cleverly leads the reader from one chapter to another, from the 1700s to the present day so you can see traces of the apothecary and the legacy it has left behind.

The author talks about a character going through a door in the 1700s and then in the present day, we find Caroline looking through a door or a gate…. That frisson of almost time travel is what really makes this novel shine…. 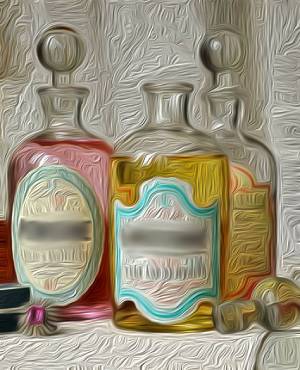 Types of poison in the novel

There’s some fascinating accounts of how the apothecary collects beetles to crush them to make a potion.  Poisons included arsenic, opium and nux vomica. There’s ways the apothecary advises to hide the poison in food by mixing it with something that will make its detection impossible or at least less likely…

How did the poisoners get away with it?

Sarah set the novel in the late 18th century as fifty years later, the remedies and poisons the characters use would be detectable during autopsies…..

The art of mud larking

This is something explored in the novel. The present day storyline sees someone find a vial which  links past and present. It’s amazing what you can find in the depths of the mud in the Thames. A clue leading to the past……

How to immerse yourself in this setting in real life…

You HAVE to visit this store in Haworth High Street. A few steps away from the Bronte Parsonage in fact, it sells all kinds of lotions and potions in glass jars. Ok, so they’re body creams and bath salts (which you serve yourself with a scoop!) but you get the idea.. 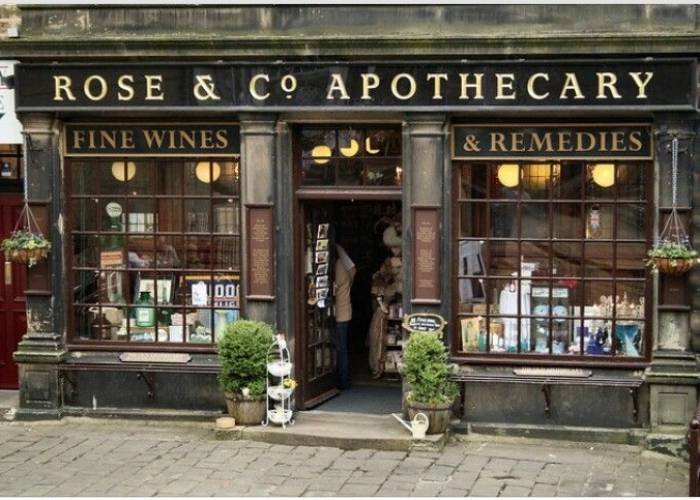 The Rose and Co Apothecary in Haworth, Yorkshire

All in all, one of the most intriguing and well evoked settings I’ve read in a long while…