Fresh from Tall Oaks, the lovely Chris Whittaker has taken the time to come and chat books. Brutal honesty and funny quips like Manny I said to him before we started… 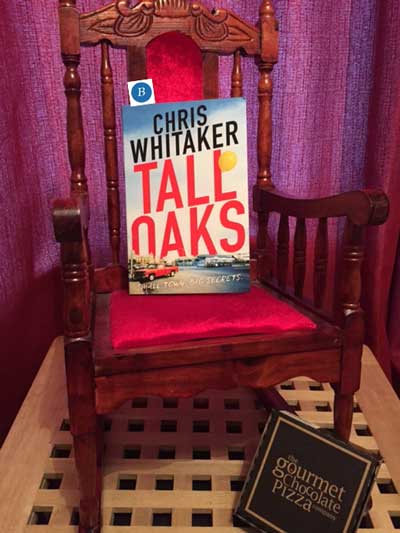 A book that’s made an impression on you

The Book Thief by Markus Zusak. I was really late to the party with this one and only read it at the beginning of the year. It’s set in Germany in 1939 and I loved it. I really admire the ambition and scope involved. And I still miss Rudy. Rudyyyyyy. 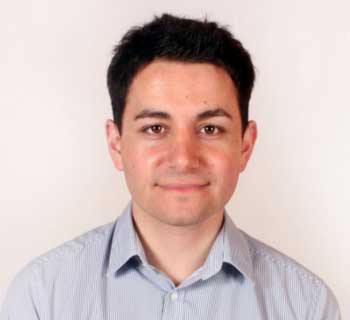 How does a novel transport you?

In so many ways. It could be to a different location, somewhere far away from where I live my life, or to a different time, I love learning something new when I read a book. Most of all just stepping into someone else’s mind for a while, seeing the world through their eyes, eavesdropping on their thoughts. I love it.

My novel takes readers to a fictional town I hope they’ll enjoy spending time in. I created it, sketching it out like that creepy dude in The Truman Show, then slowly watched it come to life as the story and the characters evolved.

I would be in Queens, New York in 1965, thanks to the ridiculously talented Emma Flint (Little Deaths).

I would take Biddy Weir, from The Lonely Life of Biddy Weir by Lesley Allen, because she could really do with one. The story follows Biddy through school as she’s subjected to really quite horrific levels of bullying, and then as an adult as she beings her search for redemption. It’s a very special book.

Have you ever been to a place just because you’ve read it in a novel?

I had been saving up to visit Stepford (was hoping to exchange my wife) but apparently it’s fictional. (Susan: Shocked and appalled!!)  😉 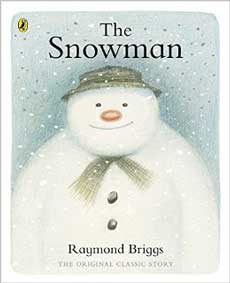 The Snowman. I still have a copy from when I was a child and now my own kids love looking at the pictures. I feel all festive just thinking about it!

Tall Oaks follows the residents of a small town in California, three months after the abduction of a child. It’s a snapshot of life over one summer, so alongside the police investigation you’ll find (amongst others) a teenager struggling with his identity following his father walking out, a photographer battling issues with his weight and his controlling mother, and a newcomer with a big secret.

I think people should read it at Christmas because there’s lots of humour in it, and Christmas with the in-laws can be a particularly brutal time. Escape to Tall Oaks!

Write the first line or two of an imaginary Xmas story….

‘At midnight on Christmas Eve, Father Christmas was flying over Hertfordshire and decided not to stop at a certain street as Charlie and George Whitaker had been such naughty boys.’

I tell that one to my kids most days. (hehe)

Well think we’ll leave Chris there – oh he’s got to go. Seems to be in a bit of a hurry. He’s ran out of the room, past the window… who’s that? A woman with a a rolled up manuscript in her raised up hand, running behind him…….followed by a small child with a toy car in his fist……..then another child with a wii handset poised high as if he’s about to throw it……..  Merry Christmas Chris!  Next book is set to be called Tall Stories  by the sounds of it!