Today Rachel Rhys aka Tammy Cohen sails away on a cruise….

Have you read A Dangerous Crossing – You’re in for a treat. A cruise with a difference, where nothing is as it seems…and where if you get into trouble, there is no where for you to go…

Rachel is here now, and we’re sitting on the deck of a boat, static I might add as it’s a transformed cafe…but I’m still nervous…..(have you read the book?) 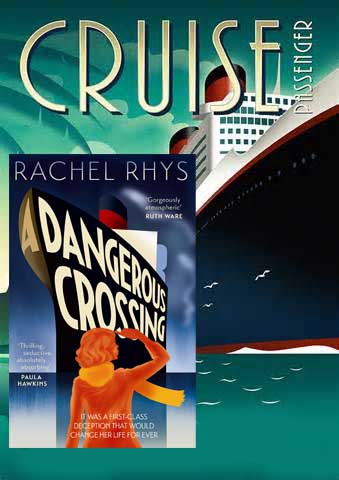 It all started with a diary…. 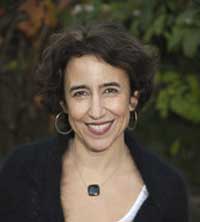 My mother, like me, is a hoarder of stuff. Most of it useless. She has a cupboard bursting with photographs and letters and books and all manner of things that we mostly avoid opening because all of it comes falling out and then has to be stuffed back in again. But towards the end of 2015, I braved the cupboard in search of old photographs to riffle through.

Towards the back, I came across what I first thought was a ring-bound notebook, but turned out to be a hand-typed book with a laminated cover on which was a photocopied picture of a young woman on the deck of a vast ship, and the Title ‘The Voyage’ by Joan Oswald (nee Holles). 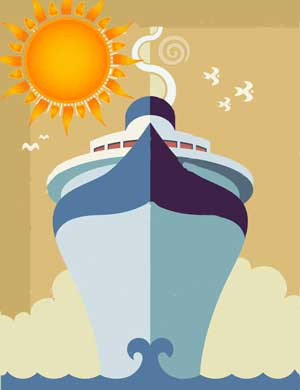 Inside was a handwritten inscription from Joan, a friend of my mum’s, to my parents. Intrigued I started reading, and was still reading two hours later. The book was an account, obviously written up from a diary, of a crossing made by the 23-year-old Joan in 1938, when she traveled from London to Australia under the Assisted Passage Scheme to go into domestic service in Sydney.

From the start the pages were bursting with detail about the six-week journey – what the passengers ate, what they wore, the exotic locations they visited. Also, with World War 2 looking ominously likely, she talked about the tensions on board as the ship traveled through Europe and the middle East, picking up a volatile mix of passengers including poor Italian women and Jews already fleeing the Nazis.

As I read on, I felt a tingling of excitement realizing what an incredible setting this would make for a book. A young unworldly woman setting off in search of adventure and mixing with people she would never normally have come across, on board a ship from which there is no escape on a voyage where everyone is hiding something. And all in the shadow of war. What if something happened on that ship? Something terrible? How would she deal with it? In what ways would it change her?

As soon as I got back home I sat down and wrote the prologue – Sydney docks, September 1939, a mysterious woman in a green dress is led off a ship in handcuffs. And once I’d written that I knew I had to write the rest of the book, to find out who the woman was and exactly what had gone on during that voyage.

What kind of research did you do after finding the diary?

I tried to find out whatever I could about the young women who, like Joan Holles, had traveled to Australia under the assisted passage scheme. I contacted the National Archives of Australia, which had records of all the passengers who made that same journey. I also listened to oral histories held by the National Library of Australia – taped recordings of women who’d also left behind their lives in the United Kingdom to come to Australia in search of something better. Apart from that I read extensively online accounts by people from all walks of life who, for whatever reason, had made the long journey by sea from London to Sydney.

Is there anything you didn’t include and why?

Oh, there are so many things I didn’t include. Joan’s diary was the original inspiration for A Dangerous Crossing and a great source of background detail. But I regarded everything else – the people she met, the on-board relationships she formed and the various adventures she had – as entirely her own private story, albeit one she intended to be read by family and friends. 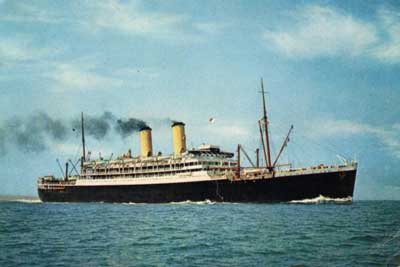 As I say, the background details are factual – the radios being confiscated, taking baths in treated sea water that had to be rinsed off afterwards, the combustible mix of nationalities and social classes amongst the passengers. But Lily Shepherd and all the other characters are entirely fictional, as are the things that happened to them. Though there was a real ship called the Orontes, I took liberties with the layout and the journey times. As far as I’m aware there were never any scandalous murders on board, no women led off in handcuffs.

A Dangerous Crossing is a very visual book. I really wanted the reader to feel like they were visiting the locations alongside Lily – traipsing around the ruins of Pompeii, climbing in the dusty heat of the Pyramids, riding in a rickshaw around Ceylon. I was astonished at the quality and quantity of the images and travelogues available online. How incredible it is that I can sit in my study in London in 2017 and watch footage of Cairo or Gibraltar shot eighty years before. While I was writing, I really felt like I was there with Lily seeing these amazing places for the first time.

The ‘closed room mystery’ on a cruise ship….

The great thing about the locked room scenario is the sense of claustrophobia that builds up. Your characters are thrown upon each other’s company for days on end with no way of getting away from each other. As a writer, that adds tension and drama and atmosphere. The problem is it’s not just the characters who wind up feeling claustrophobic. By the time the ship eventually docked in Sydney, I was just as desperate to disembark as Lily. Although, predictably, I started missing it again almost immediately. 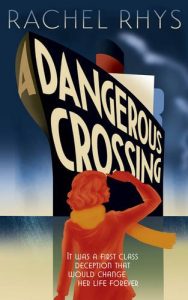 Have you ever been on a cruise yourself?

I haven’t ever been on a cruise but when I was a child, my family spent a year in Sierra Leone and we returned to London on a huge liner, much like the one Lily travels on. My abiding memory of that journey is being installed in the tiny bathroom downstairs in the cabin throwing up at horribly regular intervals and watching in envy while my brother and sister dashed in and out to go swimming in the pool or join a fancy dress party with all the new friends they’d made.

I’d love to take the same route Lily did, and end up in the South Pacific, visiting all those exotic islands, and seeing Komodo dragons.

Do you like sailing or do you prefer another method of travel?

I can get sea-sick on the Isle of Wight ferry, so I’d definitely choose another method of travel.

It’s the perfect mixture of glamour and escapism, but featuring a limited cast of characters that you get to know intimately. I think there’s also an element of schadenfreude – cruises are still seen as luxury and elitist, so there’s something rather satisfying when things start to go horribly wrong.

Where is next on the journey for Rachel Rhys?

The next Rachel Rhys book is set in the French Riviera in the late 1940’s. For this one I’m having to do primary research in the South of France, which is a hardship as you can imagine.

*grabs suitcase and follows her* Wait for me!! (With thanks to Tammy for this fab chat!)

FOR  THE CHANCE TO WIN ONE OF TWO BOOKS – and some cruising goodies – then just answer one question here : Where would you like to go on a cruise?