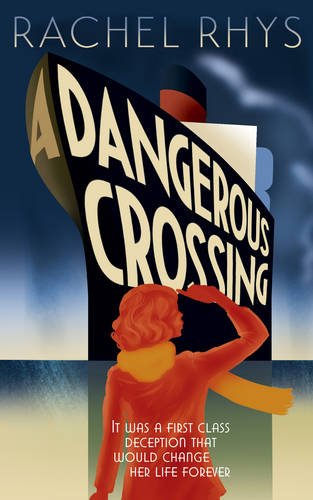 1939: Sailing the seven seas from England to Australia…it’s war time but you’re safe in the middle of the ocean right?

Lily is one of the people on board – she is on an assisted passage encouraging immigration, and on arrival she is to work in a large household there. The journey however before she gets to that point s going to take some five weeks and test her more than she can imagine.

For on this ship, a small microcosm of society sails with her.  Jews such as Maria are fleeing their homeland and finding that attitudes from fellow passengers have not sadly been left behind on the docks. Italians are fleeing from Hitler and Mussolini. Rich people are fleeing too for the chance of a better life and the hope that a new country will allow them to live in freedom.

Lily finds however that the war is also on this ship – the class distinctions, wealth, attitudes and jealousy are also passengers and once the ship docks, no one will be the same again.

A five week journey aboard a large cruise liner

This is a slow journey of looking at your fellow passengers, imagine one world whilst realising that no one is as they seem.

There’s quite a group of people on board  – Max and Eliza Campbell from first class  who befriend Lilian. Then there’s Edward and Heather. Martha, another member of their group is on the sidelines for she is Jewish and an outsider in every sense of the word at that time. Their world is merged into one and it’s a closed and claustrophobic one at that.

Social boundaries  are washed away in the wake of the ocean. The ship is sailing away towards something as the passengers on it seem to be mostly running away. The ship leaves Tilbury Docks and stops off at various locations for a break – with visits to the mainland in France, Pompei, the Suez Canal to name but a few providing a further insight into passenger behaviour and consequences which later play out on board.

A closed room kind of feeling, for once that ship leaves a port, who knows who’s on the ship with you?

A journey from England to Australia via a large cruise liner? Yes please! A few shadowy characters, a humble maid, an outsider, a mysterious accident? A secret waiting to bubble to the surface? Yes please. This is a whole lot of fun this novel. A character study on board a ship – a very enclosed environment. The destination is not important but rather the journey and it’s amazing what you find out from fellow passengers. People who you might not talk to during your normal life. This is a floating pandora’s box of secrets so beware once it’s opened, there is litearally no where to hide. This is a literary tour of the highest order! Sailing into dangerous waters is a great way to travel here!

As the ships sails from England across Europe and through the Suez Canal, they have several stop overs on land which were fun to visit. These visits may be brief but they show even more of the characters behaviour when they mix with the locals which is when their behaviour is magnified on board. All visits are inkeeping with the transient feel of the book, the ongoing war and the presence of those rather ghastly characters on board. Shenanigans is a good word to use here as the atmosphere reminded me of the Great Gatsby and Agatha Christie all rolled into one.

The focus on the various characters fascinated me and as the ship sailed along, they left behind a great deal of tension in their wake. Frictions bubbled at the surface and it was a lot of fun delving down into the secrets onboard with little innocent Lily. I wanted to know what happened after that opening scene and felt that I had a nice smooth crossing with some rather turbulent waters underneath. Get comfortable in a deckchair, sit with a nice cocktail, sunglasses on your head and imagine yourself on board a literary adventure.

I was sad to disembark at the end as it was a cruise experience I won’t forget in a hurry!