We’ve just had the great fortune of getting mail all the way from Alaska saying how the booktrail has reached the farthest point of the earth! Well we were shocked  – very pleasantly I might add, and there may have been a happy dance or two around the room. That’s how we heard about Alaskan author Stan Jones who we just had to meet!

And so we did, and his books. And today, we’ve tempted him out of the cold to speak to us.

We warm him up with some hot chocolate and a little bit of flaming Christmas pudding and then we chat like crazy!…. 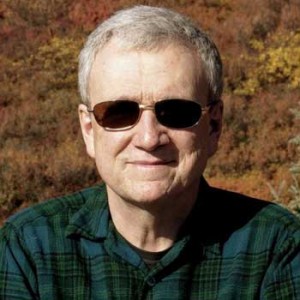 Can you tell us more about and why he is your lead character?

Almost from the moment I arrived in Kotzebue, I knew I wanted to write about that lovely part of the world and the fascinating people who live there. Crime novels seemed as good a way as any, because that form offers the author latitude to explore any aspect of culture, society, history, or circumstance that strikes his fancy.

The question was, who should be the cop in crime stories about the Arctic? It needed to be someone with ties to the place and people, but at the same time someone who was conflicted (the first law of fiction being, torment your characters!).

Thus did Nathan Active spring into being: An Inupiaq born in Chukchi, but to an unwed teenage mother who knew she was unfit to raise him. So she adopted him out to white schoolteachers, who soon moved to Anchorage and raised him there.

Nathan resented his birth mother for giving him away, and grew up trying to pretend she and his birth place didn’t exist. He considered himself an Anchorage boy and set out on a law enforcement career by joining the Alaska State Troopers.

Luckily for fans of the series, life got complicated the moment Nathan completed training. The Troopers, with the customary blind perversity of every bureaucracy since the beginning of time, posted him to Chukchi for his first assignment and he’s been there ever since.

At first, he angled for a transfer back to Anchorage at every opportunity. But, over time, he has reconciled with his birth mother, and has come to appreciate Chukchi for the fascinating place it is. Now he’s there to stay, and has moved on from the Troopers to head the public safety department of the Chukchi Regional Borough. He’s The Law north of the Yukon River and south of the Brooks Range, as he puts it.

Despite all the change, Chukchi is still as unique as ever. As a character put it in the very first Nathan book-White Sky, Black Ice–“It makes sense if you don’t think about it.” 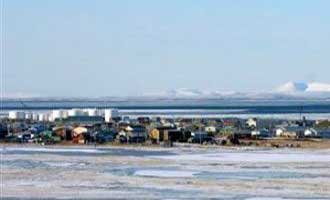 You are a native of Alaska. What is particularly special and dear to you about Chukchi where Nathan Active  is  born?

Chukchi is fictional, but is modeled pretty closely on a real village named Kotzebue. My family has lived there at various times and one of my children was born there.

Chukchi (Kotzebue) is about 35 miles north of the Arctic Circle on the Chukchi  Sea. Because it is above the Arctic Circle, that means there are a few days in summer when the sun doesn’t set and few in winter when it doesn’t rise–talk about the edge of the world!

One of the side-effects of this phenomenon is what they call Village Time, meaning that people don’t pay a lot of attention to the clock. Since it’s either light all the time or dark all the time for much of the year, one time’s as good as another! 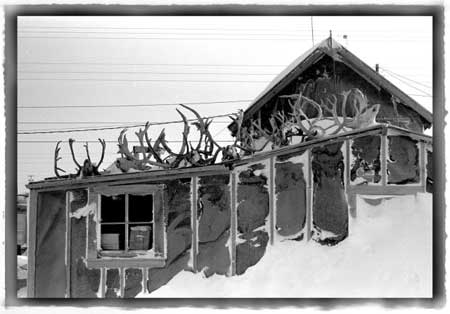 Chukchi/Kotzebue is home to about 3,000 people, around 80 percent of whom are all or partly Inupiaq Eskimo.

The first time I landed there was a clear October day. When I stepped off the Boeing 737 jet, it was about five degrees above zero (Fahrenheit) with the wind rolling in off the sea ice at 15 or 20 mph. It was beautiful and, strange as it may seem to denizens of milder climes, it just felt right to me.

Since that day, the place has never been out of my heart or head. I haven’t lived there in a while, but my wife and I still go back to visit whenever we can.

The last such occasion was September of 2015, when President Obama paid a visit–POTUS on the Permafrost, as the occasion came to be known. While I was there, I managed to give one of his Secret Service agents a signed copy of one of the Nathan Active books, Village of the Ghost Bears. I signed it for the president, and expressed the hope that, having seen the real Kotzebue, he might enjoy reading about the fictional version. Wouldn’t it be cool if he read it and posted a review on Amazon!?

And with that thought (Stan we think he should for sure!) we leave Stan warming his hands by the fire and filling his flask full of hot chocolate ready for the ride home.