A Long Night in Paris and Israel with Dov Alfon

He popped over to The BookTrail to showcase the two very different settings and how the thriller takes advantage of some very unique places.. 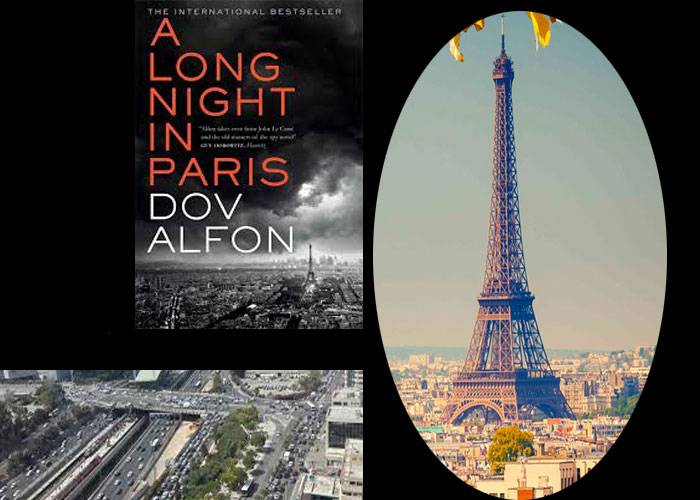 “A Long Night in Paris” is a spy thriller set over the course of a single day and night, with the narrative switching constantly between Paris and Tel Aviv. The book opens with a kidnapping at Charles de Gaulle airport, and most of the action takes place in Paris. It is essentially a quest, maybe the oldest genre in fiction, so the city is very much present in the book, almost a protagonist by itself.

I chose the Parisian locations that could be the best backdrop for the chase. The deadly quest brings out the relationships between the hero and the itinerary he follows, and the light they shade on each other. For example, I had the hero crossing the Ile de la Cité through the historic underground passage, miles of secret corridors joining the prison’s cells to the courtroom, most closed to the public. A key scene takes place in Rue Rabelais, a tiny street with more surveillance than the Elysée palace, and for a good reason. And so on – the hotels, the restaurants, the sights and the buildings described in the book all carry secrets.

Most of the Israeli locations are top-secret intelligence bases I served in, so the descriptions were written from memory. As for Paris, I currently live here, and like my hero, I’m half-French really, so research involved choosing the spots that could fit the intrigue, or places I have a strong personal connection to. But since really bad things happen in the book, including electrocution in a public fountain, drowning in a chemical pit and assassination by mini-drones, I tried to leave my beloved childhood playgrounds out of this.

Can the reader visit most of the places in the book?

Yes. One is particularly recommended, as it is probably the most secret spot in Paris: Cour de Rohan, three successive courtyards full of enchantments, dating from the 15th century. Like nesting Chinese boxes, each of the courtyards reveals new jewels as it unfolds before the visitor. But the sight is little-known because the influential residents managed to declare it private.

To access it you’ll have to enter from 2 Rue du Commerce Saint André (by the green portal bearing the misleading sign “Private Property”) at the only hours it must be open by municipal law – when parents and children need to access the nearby school. Your best guess is (of course outside the school vacation dates) from Monday to Friday from 8:00AM to 12:00 AM and from 2PM to 5PM. My own daughter Naama went to this school, so I know well the vagaries of entering this delightful and little known space.

The first courtyard is a colourful delight, irregular balconies and terraces exploding with roses bushes, ivy and honeysuckle climbing bright blue and red shutters. The great painter Balthus had his atelier here (you can notice the external staircase). 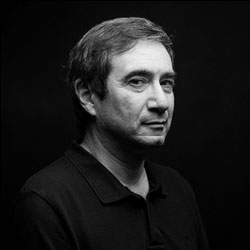 The second courtyard, the smallest of the three, hosts a magnificent manor built by King Henri II for his mistress, Diane de Poitiers, in 1550 (In “A Long Night In Paris”, this is where my heroes are looking for a missing key witness). The third courtyard, leading to the school which allowed you to enter, has an ancient well, cascading creepers and the last “pas de mule” in Paris, a delicate wrought-iron step, once used to allow ladies, or priests, or anyone with a dress for that matter, to get down from a mule or a horse in an elegant way.

Any other travel tips?

Thanks Dov. That has to be the best advice ever given by an author on TheBookTrail!