Rose Farm is home to a group of survivalists, completely cut off from the outside world. Until now. Oh my word Will Dean.  What are you doing to me?

A missing woman, A man who has killed his entire family. 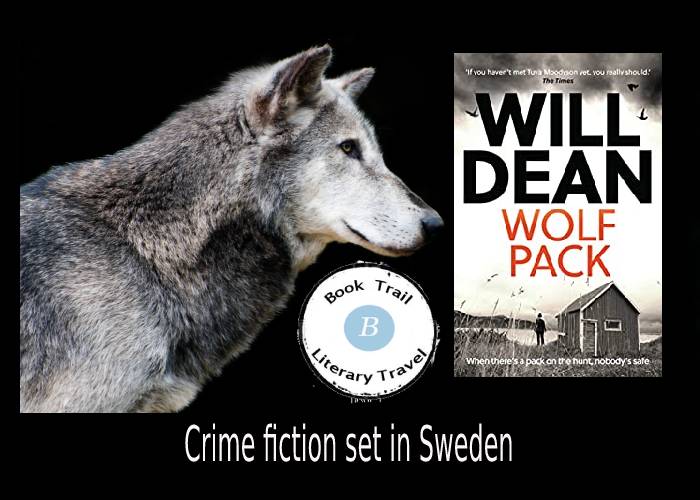 A novel to transport you to a rural farm in Sweden

You can’t really say that Will  Dean takes you to the nice part of Sweden – well there was that nice liquorice factory but that was tainted when someone died there. However, there was that lovely river…..aah but it was called Snake River for a reason. What about the lovely apple harvest? Ah but with the sound track of banging pans and there’s the fact the apples were rotten…

Now he has set wolves on his readers. Wolves with evil eyes and the scent of blood in the air. The setting of this rural part of Sweden with the towns of Visberg and Gavrik (fictional) is just chillingly perfect. The forests have eyes, the river has snakes and there are sisters who make troll dolls.

Will sets us on a remote farm with a lovely name – Rose Farm – but despite  Shakespeare saying “A rose by any other name would smell as sweet” this is not the case here. There is a smell – a dark, raw smell about the place. A murder suicide took place here many years ago. A father killed his entire family leaving only the baby behind. 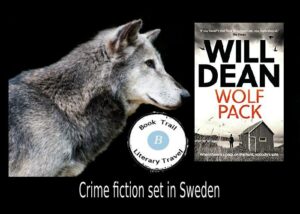 The farm is inhabited with a group of survivalists who live and work on a farm preparing to isolate themselves from the outside world. They are preppers who believe the end of the world is nigh. A woman who worked in the cafe here has gone missing. Tuva gets involved with this case and the more she becomes immersed in the ways of the farm, well, she is in more danger than she realises.

Poor Tuva. She had a nice girlfriend in previous novels but then SHE ended up in a coma. Tuva is still caring for her and as a result, she is in a dark place and a confused place. The set up for what is to come is deliciously dark

The ending wasn’t what I expected and wasn’t something I thought fitted with the story that had gone before. Still, this is a novel about a very usual farm, the wolves in our midst and the dark, dark Swedish forests. Great to be back with Tuva again