The Untameable novel set in Mexico and Yukon

Guillermo Arriaga is a Mexican author, screenwriter, director and producer. His novels, Escuadrón Guillotina (1991), A Sweet Smell to Death (1994), The Buffalo of the Night (1999) and short story collection, Retorno 201, have been translated into eighteen languages. His films include Amores Perros, 21 Grams, Babel and The Burning Plain. He has recently produced the story of Desde Alla, the first Ibero-American film to win the Golden Lion at the Venice Film Festival. In February 2017 he won the Mazatlan Prixe for Literature for The Untameable.

Now that is what I call an impressive author resume…. so what about the novel The Untameable? 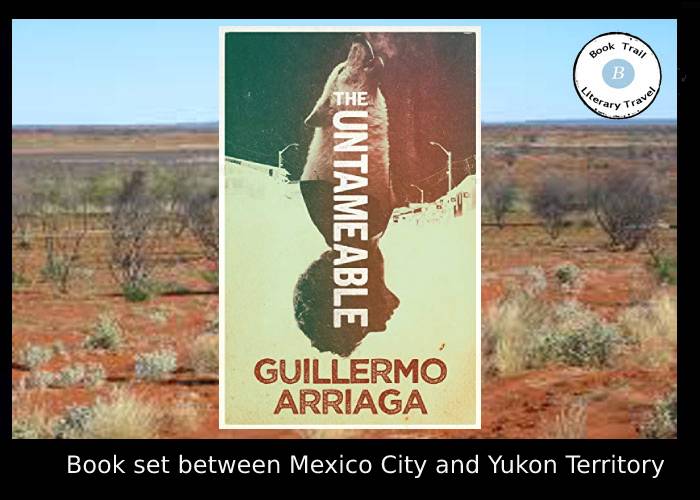 Setting: Mexico City and on the road to Yukon

This novel appealed from the off.  A story which takes in hot and busy Mexico City and the cold vast Yukon territory. What story could take in such two distinct places such as this.

Well, this is described as a mix between White Fang and Goodfellas and that’s a pretty good description. It’s from the author of Amores Perros so you have a good idea of how this is going to pan out.

If there’s one niggle I would mention from the start is that this is a long novel. There’s a good story and a good distinct series of characters here but it would have benefitted hugely from a bit of a snip. Kudos to the translators for bringing such an epic story to the English speaking world.

Mexico City and the Yukon. Quite a booktrail there. In BookTrail terms the settings bring a unique angle to this story. IT’s a mix of the brutal bad city and the remote, cold and vast wasteland of the extreme North. Themes of hunting, the hunted and the prey come in both parts of the novel but in very different ways. It’s a novel with bite, with attitude and is graphic in many places. You don’t see how this is all coming together, how the two strands will merge, but they do, and the payoff is unexpected.

I didn’t like all of the flashbacks however and the pacing in the novel is all over the place because of it. There were things I didn’t really need to know to be fair, but the novel started to feel like a drug that I couldn’t stop soaking in all of the information I came across.

It’s a novel about sadness, revenge, vengeance and so much more.  It was violent but there were moments of humanity and emotion. There is a lot of meat on these bones but the bones played a key role themselves.

Quite the read. I am now in need of a lovely cup of camomile tea.