The Christie Affair of Harrogate by Nina de Gramont

The Christie Affair of Harrogate and London

When a novel comes along detailing those mysterious days when Agatha Christie wrote  the story of her own disappearance, you’ve got to read it.

This is the story of those 11 days – before and after – when Agatha disappeared and hid in a Harrogate hotel. However, what happened and why was she compelled to escape her life? This story is told from the viewpoint of her husband’s mistress…. 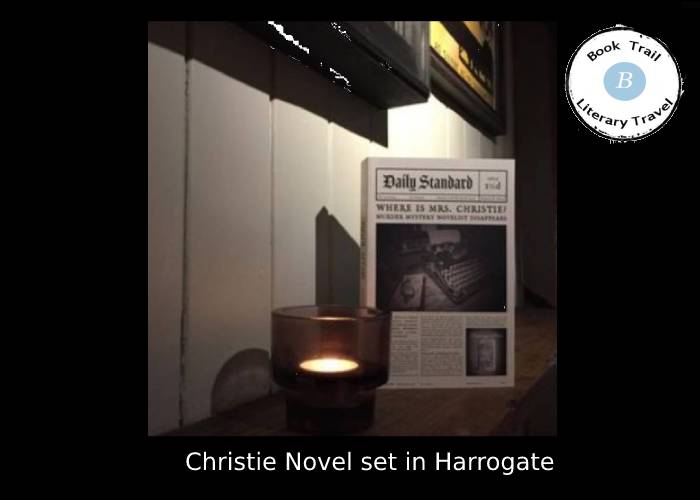 Setting: The Old Swan hotel in Harrogate and a few country homes.

I love an Agatha Christie – especially those she appears in herself. This was a very interesting take on a well known story – those 11 days when she disappears from her marriage and her life.

The story is told by Agatha’s husband’s mistress. Now I thought that might be strange at first as did I care what the mistress thought? Well, turns out, the author has made her human and someone with a voice. She’s a very complex person with an interesting backstory of her own. Not condoning her in any way – plus Archie the husband is the bad guy here – but it was interesting to listen to her voice. I didn’t like her, but she intrigued me. What did she know about Agatha’s disappearance.

I got to know Agatha a little more too, but it’s Agatha’s marriage rather than the women herself which is examined. We see the struggles Agatha and Archie go through, what Nan adds to the mix and the mental anguish poor Agatha faces.

You do get a good look behind the scenes of that time and can really believe that this version of events is true.

There’s not just one story in this novel however. In the Christie vein, this contains mystery , murder, red herrings, teenage mothers, the role of women in society and marriage struggles. This all takes place against the backdrop of the Great War which was changing the whole world and everyone in it.