Novel set in Luxor – The Collector’s Daughter by Gill Paul

The great thing about Gill Paul is that she manages to find the forgotten or overshadowed characters in history and really bring them to life. Not only does she pluck people from the past and bring out some remarkable tales, but she evokes some of the stunning locations as she does so.

The story of Tutankhamen’s tomb and its discovery is one of the most famous and indeed, infamous story in the world. Those who opened up and entered the scared resting place of the Egyptian pharaoh found themselves beset by scandal and worse. The holy site was not to be opened and those who went against the Egyptian Gods found themselves at their mercy. The mission and those on it were hit by a curse….. 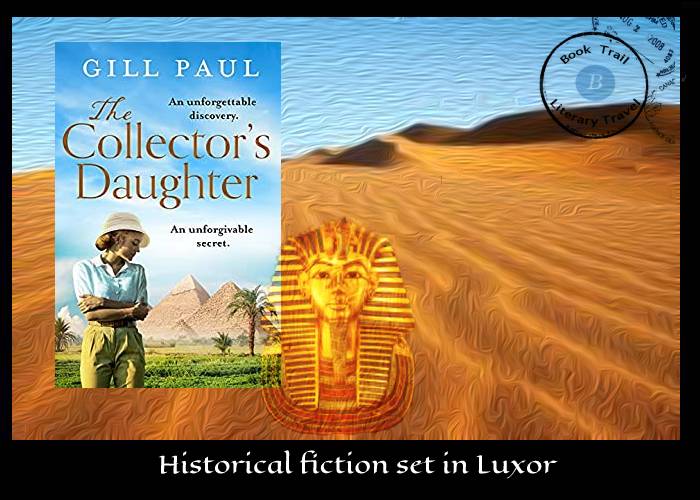 Transports the reader to Tutankhamun’s tomb via Downton Abbey!

Gill Paul is a genius in my eyes. She has only gone and taken one of the most fascinating stories in history and brought it to life. Not only that, she has taken an overshadowed character and made her centre stage. What other author could breathe fresh air into a well-known story but make it unique, compelling and quite unlike anything else you have read before!

I’d read a fair bit about Tutankhamun like everyone else and thought I knew the story quite well. Nope. This story really shines the light on the whole affair and I was fascinated to read the detail and history surrounding it. You can tell Gill has taken a great deal of care and attention to get this right as the novel shines with authenticity and an immersive quality that you will really feel as if you’ve travelled back in time.

The leading lady of this story is Lady Evelyn Herbert who lived at Highclere Castle ie Downtown Abbey. She wanted to be an archaeologist and has traveled to Egypt numerous times with her father. They both work with famous archaeologist Howard Carter who is desperate to search for the most elusive of treasures – the tomb of the Pharaoh Tutankhamun. 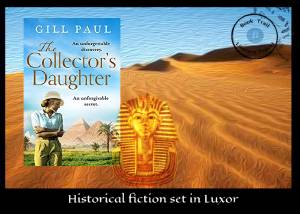 To bear witness to such a historic event must have been indescribable. I honestly felt I was there thanks to the author and her careful crafting of the characters and their stories. Just wait until the day comes in November 1922 when the party find the tomb. The moment when they open it and the second they see the treasures before them. Breathtaking in more ways than one. The events itself must have been quite something and Gill Paul gifts you this moment across the pages for the reader. Stunningly brilliant.

That’s just the start of this amazing novel as we are then transported several years after that grand event. An event that was celebrated and much discussed in the media of the time. It got so much coverage but so too did its dark side – the fact that there was supposed to be a  “curse of Tutankhamun” and anyone who visited his sacred burial place or had entered the tomb would be forever tainted by having entered the tomb. 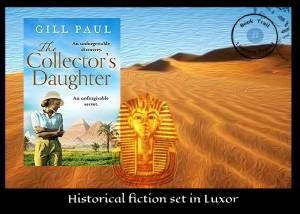 Gill takes this story further by introducing an Egyptian academic who starts asking Evelyn about what was in Tutankhamun’s tomb. Having suffered illness and strokes since, history has faded and certain memories might be coloured. However, could it be that there are just some things that Evelyn never wants to reveal?

A fascinating story. Immersive and so well crafted.  I enjoyed reading about Evelyn and her husband traveling to Egypt and the build up to the moment when they all enter King Tutankhamun’s tomb with Howard Carter. This is a cinematic read and gives a fresh take on a infamous story. This is by far the most interesting angle on this historical event that I have ever read.