Histfic set in Birmingham – The Conviction of Cora Burns

There’s a great book out at March 21st which tells a fascinating and chilling story. The blurb says

“Carolyn Kirby’s stunning debut takes the reader on a heart-breaking journey through Victorian Birmingham and questions where we first learn violence: from our scars or from our hearts.”

It’s set in a house where Cora suspects experiments are being carried out on the servants…what is in that room behind the door? 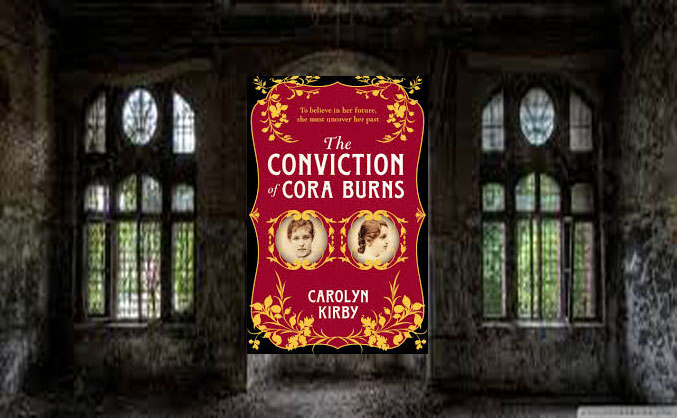 Setting:  A dark and mysterious house in 1800s Birmingham…creepy and chilling doesn’t cover it!

Cora Burns – now there’s a character you won’t forget in a hurry. A strange and complex girl this one. Born in prison and now working as a laundry girl, it seems luck is not on her side. But what she lacks in wealth and circumstance, she makes up for in sheer determination and grit. This girl is more than capable of kicking someone who might try to hurt her.

There’s a lot going on in this novel but it’s so well written that it never feels overdone. The writing is fluid, gothic and  really easy to read. It’s compelling. It’s like walking into a lab and being amazed at all the jars – in each one there’s a story, a concoction of sorts, but Cora is at the centre of it all and holds all the threads together. A very strong and impressive character and her world is one I wanted to linger in for as long as I could. 300 pages in the proof copy left me wanting more!

Cora goes from the asylum to a house owned by the strange Mr Jerwood. He takes pictures of people, studies them to see which characteristics criminals share for example. How nature and nuture can tell us about society. There’s a lot of fascinating issues in this book. Dead things in jars too. I was like a kid in a sweet shop – so vivid were the gothic images.

You know something weird is going on in that lab. But as Cora finds out, is she the one being studied? She has a past she wants to find out more about, a locket she keeps safe. But is life ever about one path?

This one has more twists and turns than the twistiest of paths!

I think I may have applauded the end.

2018: The first episode of a gripping new Nordic Noir series…