Will you be #TheLast to survive on earth if a nuclear war breaks out? Hanna Jameson looks at what would happen if people in a hotel were safe, only to find out there’s a killer in their midst…

There’s a  novel out next year called The Last, set in a hotel in Switzerland. It hasn’t got many locations for a BookTrail since it’s set largely in a hotel. However, it evokes the menacing sense that all around the world, a nuclear war is changing the world as we know it. A handful of people stuck in a hotel are amongst the only survivors. During their entrapment, they are not safe. For within their midst, a murderer lurks.. 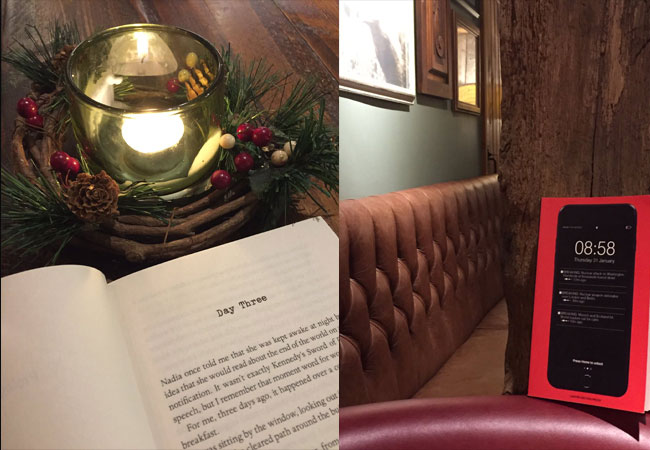 BookTrail the locations in the novel in Switzerland

How does this novel make you feel? A bit creeped out since you know you are one of the few to be left safe on earth. There are nuclear attacks all around. Your hotel seems to keep you safe. There are only fifteen people in the hotel. Now one has been murdered. So, there is a murderer in your midst.

Setting: in a hotel

Destination: Switzerland during  nuclear attacks in cities across the world

There’s a song isn’t there called Hotel California which has the line: You can check out any time you like,
But you can never leave!’. This would be a good byline for this novel.

This is a good mystery which is largely set in a hotel. There is a nuclear war obliterating the world’s cities, one by one. This is a diary which allows the reader to get inside mindset of those stuck in this hotel. These people are trying to survive the outside, whilst becoming ever fearful of what lies inside.

The format of the novel is perfect. Fear, emotions and the unknown could be chapter headings of this diary. It’s a strange world to be in and we learn of the emotions and turmoil the survivors share. Unease is also a resident and lives in every room, in every person of the hotel. It’s  a strange set up but one that works well. It’s a novel of mystery but also one where you explore a new landscape and atmosphere. A hotel holiday in Switzerland sounds lovely doesn’t it? But add the nuclear war outside and murder inside the hotel and you have quite a different experience of a Swiss getaway.

I am always  a bit dubious when it comes to dystopian novel but this is more of a mystery. There are lots of conversations on the meaning of life and the reader starts to ask themselves how a worldwide disaster would force them to act. Would we still care about anything other than our escape from that hotel? The mystery in the hotel started to overshadow the mystery of the nuclear breakdown and I personally would have preferred to feel more of the nuclear question. There are clever asides to the present political situation in that a rogue president has unleashed this disaster on the world.

It’s interesting being a guest in a hotel where checking out is the last resort.