Finnish dark comedy by the King of Helsinki Noir

There are some writers who have that innate skill of mixing comedy, horror and that close to the knuckle, tongue in cheek characterization and yet still manages to bring the unexpected. There have been books about Finnish beaches, flamingos, mushrooms and..well now we have a UFO  in the sky above a small Finnish village….

Could I love Antti Tuomainen any more? What writer not only reshapes genres and expectations but smashes them and remoulds them himself? This is one funny and dark twisty read and I loved it! 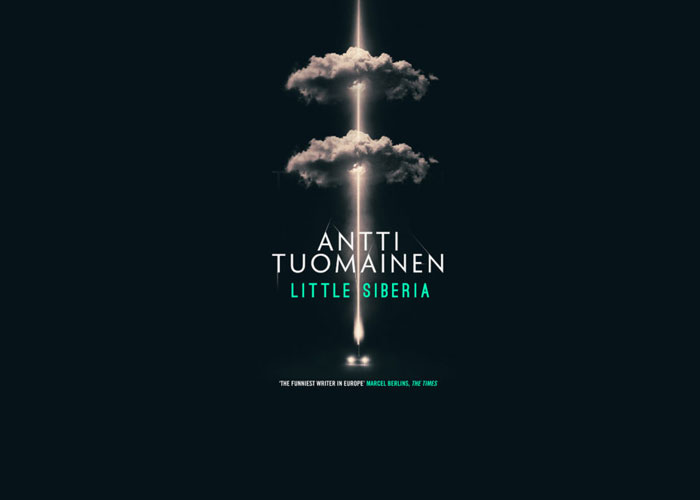 This is one of those books where it’s so hard to say much as you don’t want to spoil anything or give anything away. What I can say, is that the writing is as sharp and spot on as usual, the turn of phrase witty and smart.

This read like a film in the vein of Fargo. Minimal setting – and what we did see was fictional – but it’s so real, so vivid, and so claustrophobic that you feel sucked in from the start. From the moment that white light appears in the sky, I was transfixed.

What would happen if a meteorite fell to earth?  What would your reaction be? Who would be interested in getting a piece of it? Who would be interested in trying to get some publicity for their find? Could the village make money from this remarkable event? Some want to captilise on the event and others don’t. It’s put in a museum  under the protection of a priest. Sounds crazy right? Oh but that’s just the start of a wonderful ride through the Fargo Finnish landscape.

That landscape is dark, compelling and claustrophobic. The cover illustrates the book well – but what there is to see is  a village in the middle of nowhere, with only a few characters, thoughts in their heads providing the only path ahead for the reader. It’s a deadly dark and dangerously good reading experience!

Ah the joy of this novel still makes me feel the goosebumps now! What a fine and very funny novel that was. As for the ending! – haha hear that slap? That was me slapping Antti on the back and high-fiving him. Deliciously dark this one but what a treat! A Finnish treat of dark, black comedy wrapped up in fantasy and folklore. It also raises some very interesting questions – what does drive a person to keep a secret or want to reveal it? How much are we interested in ourselves and don’t see how things can affect others? Most of all, when one event begins, how can we be sure it’s not going to snowball?

Mr Toumainen  – I need more of your quirky unique reads. They defy expectation, genre and are out of this world.