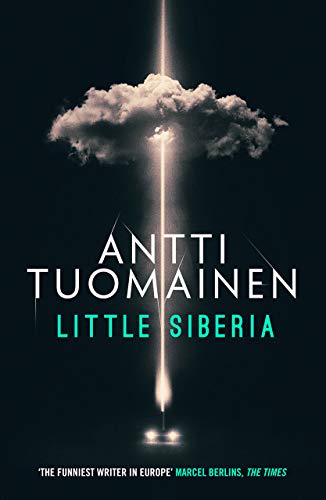 2000s: The arrival of a meteorite in a small Finnish town causes chaos and crime

A man with dark thoughts on his mind is racing along the remote snowy roads of Hurmevaara in Finland, when there is flash in the sky and something crashes into the car. That something turns about to be a highly valuable meteorite. With euro signs lighting up the eyes of the locals, the unexpected treasure is temporarily placed in a neighbourhood museum, under the watchful eye of a priest named Joel.

But Joel has a lot more on his mind than simply protecting the riches that have apparently rained down from heaven. His wife has just revealed that she is pregnant. Unfortunately Joel has strong reason to think the baby isn’t his. As Joel tries to fend off repeated and bungled attempts to steal the meteorite, he must also come to terms with his own situation, and discover who the father of the baby really is.

The town of Hurmevaara is fictional but oh if it were real, there would be an influx of tourists after reading this! A funny, dark comedy about a meteorite falling from the sky and what happens to those who find it.

“Transporting the reader to the culture, landscape and mores of northern Finland ….”

The village/town is deep in Northern and Eastern Finland with its small community and church.On the border with Russia, we learn that the average temperature is -23C. It has a nocturnal War museum and a large, icy lake. Think ‘Fargo’…..

The community who live here are friendly yet distant. Everyone knows everyone else and everyone else’s business. There is a deep sense of claustrophobia and a stifling sense of not being able to breathe without someone knowing about it.

“Anything that happens in a small village is common knowledge in a matter of seconds. It’s a striking phenomenon. Sometimes I think that, were I to stub my toe while alone in the house, someone would call within fifteen minutes to ask how my foot was.”