Book set in Greece – Those Who Are Loved by Victoria Hislop

Hislop’s novel of Athens, Greece during the Nazi occupation

Those Who Are Loved –  Victoria Hislop – A novel set in the time of the German occupation of Athens and Greece at large. The struggles of Athens, the small coastal towns are well documented but it’s the personal experiences of the time that shines through with Victoria’s novel. She takes you back in time, to the human heart of the story.

Eleftheria is the main character whose voice we hear, whose story is told. She has a crumbling house, her husband spent years at sea over the years and her four children created chaos and noise. But it’s this setting where this lady holds firm, holds family together and where she tells her story… the story of the German occupation of Greece and what that meant to the people… 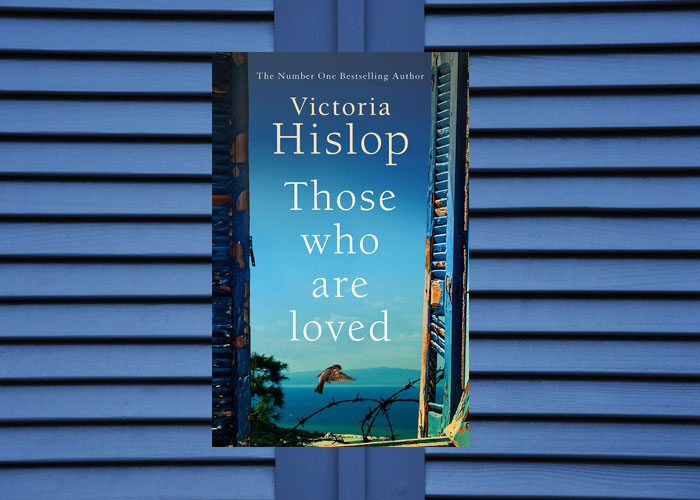 You can always rely on Victoria Hislop to take you away to another time and place. She has that magic touch where she mixes well researched history and a personal love of a country and its people and paints a vivid, raw and fascinating picture.

The story starts in Athens in 2016 . It’s here we meet Themis who is an old woman and is gathering her family around to tell them a story. Her story, Their story. This then takes us back to the 1930s as we take Themis’s hand and go with her as she opens her heart and soul.

Get the tissues read – this is a tearful and often painfully emotional journey. Themis and her siblings are growing up and the world is one of excitement and wonder. At least it should be. War is looming and the communists are ruling Greece. The family is divided over the rights and wrongs of this war.

Later on, Themis joins the communists fighters but ends up as a prisoner. Her experiences and story at this point will make you read slower. The raw emotion rise up from the page on each and every word. There is violence, injustice, hard labour and worse. These parts of the book were very raw and as she tells the story, you can only imagine what her family are thinking and going through with her. This is the pain she carries with her to the present day. There is so much to learn about the German occupation of Greece. I admit I knew practically nothing of this. A fascinating yet painful period of history. Hislop presents this in a very accessible way which has more impact than any history book could ever have. This has the Hislop personal touch.

You have to find out what happens for yourself as Themis is such a wonderful character. Her voice must come to you when it’s just you and her via this book. I was moved throughout and stunned at the level of research involved. It never felt like I was reading a history book though such is the skill of the author. Hislop manages to mix fact and fiction and create a tapestry of history and human soul. When you look, you don’t see the individual stitches, but step back and what an overall picture of heritage and history presents itself to you.

Another triumph for Victoria Hislop!

BookTrail Boarding Pass: Those Who Are Loved – Victoria Hislop