Those Who Are Loved 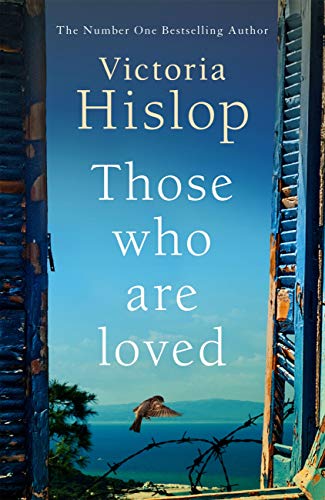 Athens 1941. After decades of political uncertainty, Greece is polarised between Right- and Left-wing views when the Germans invade.
Fifteen-year-old Themis comes from a family divided by these political differences. The Nazi occupation deepens the fault-lines between those she loves just as it reduces Greece to destitution. She watches friends die in the ensuing famine and is moved to commit acts of resistance.

In the civil war that follows the end of the occupation, Themis joins the Communist army, where she experiences the extremes of love and hatred and the paradoxes presented by a war in which Greek fights Greek.

Eventually imprisoned on the infamous islands of exile, Makronisos and then Trikeri, Themis encounters another prisoner whose life will entwine with her own in ways neither can foresee. And finds she must weigh her principles against her desire to escape and live.

As she looks back on her life, Themis realises how tightly the personal and political can become entangled. While some wounds heal, others deepen.

Visit the Athens of 1930s, 1940s with Victoria Hislop’s Those Who Are Loved

Meet the author on location in Greece here

A historically fascinating insight into the German occupation of Greece. That was just one part of the trauma and scars suffered by the Greek people. There was also the civil war and a military dictatorship. All horrific and painful events which had far-reaching consequences on its people. This is the story of just one family, but also of a country at large.

Athens 2016: Themis is an old lady and is celebrating her birthday. This is the start and the setting for a story which will take readers and characters alike back to a very different Greece. That Greece is the one of the 1930’s.  Themis’s family is a microcosm of Greece at large. The country and its people are divided over the war, the wave of communism and the Nazi occupation. Some support it or feel it is beyond their control whilst others want to rise up and fight against it.

Themis joins the communist fighters. She eventually becomes a prisoner of war and this part of the story is hard to read as the violence, and the threat of violence is all too real and emotional.

There is a stunningly well crafted amount of political history in this book but it’s the human angle which shines through.

I hadn’t read or even heard much at all about the Nazi invasion of Greece, but now thanks to Victoria Hislop’s new book, I feel I’ve learned some important things. This is no history lesson though, it’s sharing people’s experiences of war, seeing how ordinary people were affected and marvelling at such strong will during times of extreme trauma.

Booktrail Boarding Pass: Those Who Are Loved