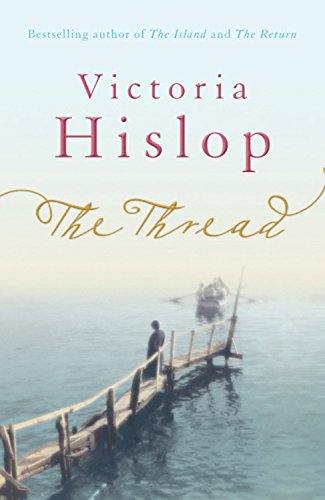 1917: To feel fully immersed in the lifestyle, setting and weather of Greece, then Victoria Hislop is your ideal guide. Here she takes you back to Thessaloniki in 1917

Thessaloniki, 1917 – Dimitri Komninos is born at a time when a devastating fire sweeps through the thriving Greek city where Christians, Jews and Muslims live side by side.

Five years later, Katerina Sarafoglou’s flees from Turkey to Greece following the chaos in her country. She meets Dimitri and their story as well as that of the city starts to  emerge and unravel  as war, fear and persecution begin to divide everyone there.

Thessaloniki, 2007 – A young Anglo-Greek hears his grandparents’ life story for the first time realises the stories of these people are something he needs to explore further. So he travels to the city in search of the past, future and of the truth.

Thessaloniki  is Greece’s second city and one which we  were intrigued by – certainly with the Hislop magic, we would actually feel as if we were right there.

From the very first pages, the story of the baby born in such destruction in the city and the way in which his life plays out from that moment on. 1917 was a time of chaos in Greece as we learn and it wasn’t only this which we discovered yet the natural disasters too which were heartbreaking for those living through them – the fires, the earthquakes and everything in between.

The German occupation there was a part of history we had little knowledge of – the civil war which erupted was bad enough but it was the violence and the heartbreaking scenes of suffering that opened our eyes to a time we’d only glossed over in history books.

History influences the present and sometimes we even learn from it. Whatever it changes or influences us, by mixing fact and fiction together in a tale where the thread of the title weaves its magic in and out is to see the country and its people from many angles and from many character viewpoints.

Hislop explains that although places and people are fictional the historical events are true. The bigger picture is so much more than the sum of its parts and to experience Thessaloniki in this way is to see it in a new light.