This TranslationThursday, I’m very honoured to have the wonderful Jakob Wegelius on the BookTrail. This is the guy who  has written and drawn two books about the wonderful creature that is Sally Jones – an ape with attitude. The Murderers Ape was Waterstones Book of the month in the UK in October and it’s very popular in its native Sweden!

So, over a fika (Swedish coffee break, what else) I got to know more about Jakob and Sally…. 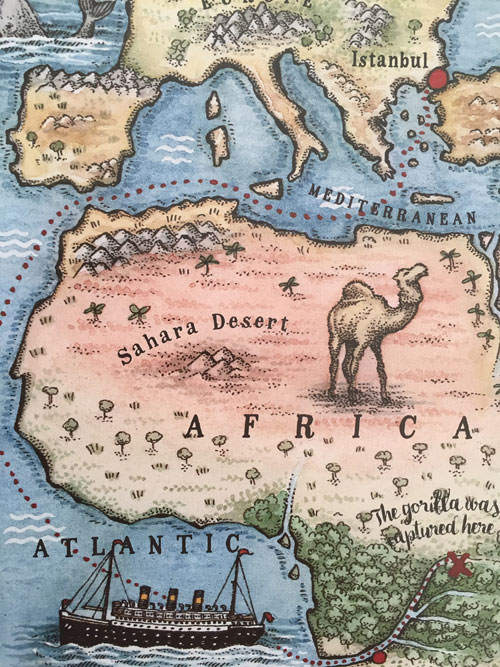 illustrations from The Legend of Sally Jones

What inspired you to write the story of Sally Jones?

Sally Jones first appeared as a supporting character in a story I wrote and drew a few years ago.  I immediately liked her and decided to write her won story. This became the book “The Legend of Sally Jones”. It then came to me that Sally Jones could write a story herself as she had learned to use a typewriter. That was the start of The Murderer’s Ape.

Have you visited any of the places you’ve taken Sally to?

I’ve been to India and Lisbon.  The draft of the Indian part of The Murderer’s Ape was written from a small guest house in Kerala. 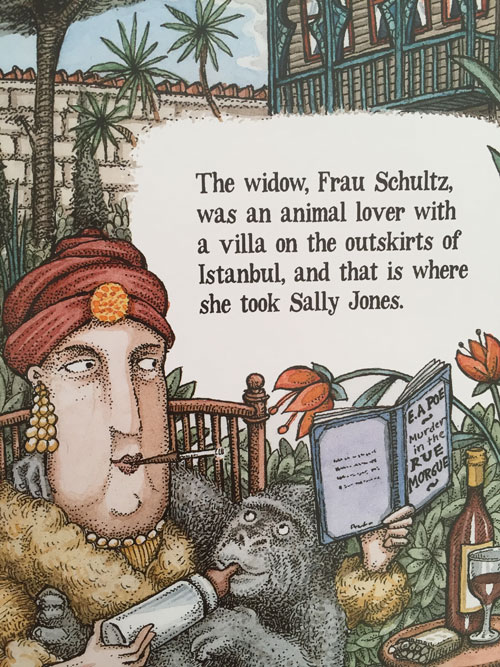 illustrations from The Legend of Sally Jones

I love nothing more than to sail and I spent my childhood summers sailing on various tupes of sailboats. Even took one to Lisbon once! 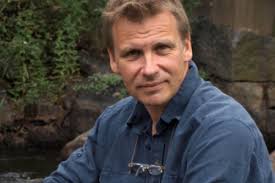 Your books evoke a magical atmosphere…how did you set out to create this?

Impossible to give a simple answer. It took five years to create it in writing the book!

Would you travel somewhere with Sally? Where would you go?

It would have to be a journey at sea. Sailing around the west coast of Scotland wouldn’t be a bad idea!

Finally….where are you taking Sally next?

Aaah, now that would be telling…

If you haven’t read these books, you really should. They’re for any age and are totally enchanting and a lot of fun. Tack så mycket Jakob!