It’s French Canadian Friday on the BookTrail with a special chat with the author who wrote We Were the Salt of the Sea, set in the beautiful Gaspé Peninsula of Quebec..

Very honoured to have the lovely Roxanne Bouchard here today… 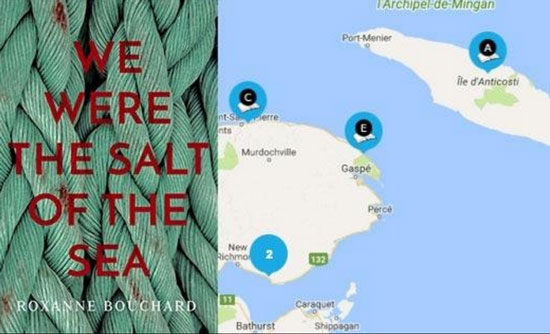 We were the salt of the sea

Visit the locations in the novel here

Why was the place so important for the story?

I wanted to write about the nostalgia and memories we harbour deep within ourselves as if they had sunk to the bottom of the sea, which eventually find their way to the surface one day. In this part of the world, the Baie-des-Chaleurs, fishing was going through a rough patch at the time and the fishermen liked to tell tourists like me all about the glory days. Anchoring my novel in the Bonaventure area allowed me to put the fishermen’s love of fishing and nostalgia for the good old days into words and tell their story. 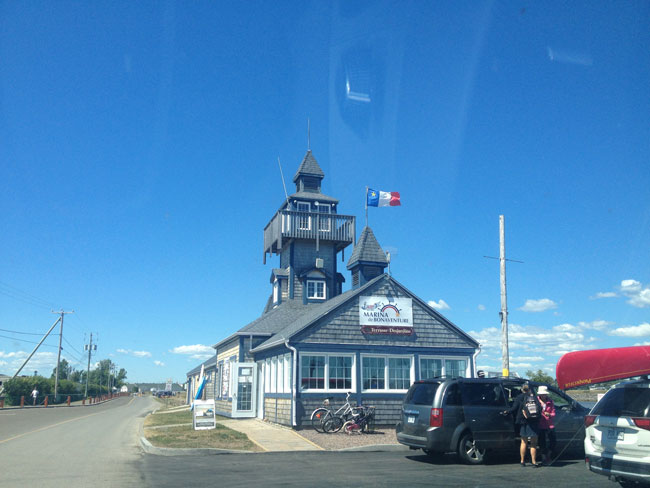 You pull on your tuque (translation: woolly hat) and your warmest coat and you climb aboard with Cyrille Bernard at 4 in the morning to go fishing! That’s the best way to learn everything that’s worth knowing.

Does the novel carry a message?

I’m not sure it’s a message, but I do like the part when the undertaker tells Catherine that the time we die is when our heart stops beating. Lots of the characters, such as Marie Garant, Catherine, Cyrille and Yves Carle, struggle in life, but refuse to let their heart stop beating. And if anything is keeping the beat going, it’s the sea. 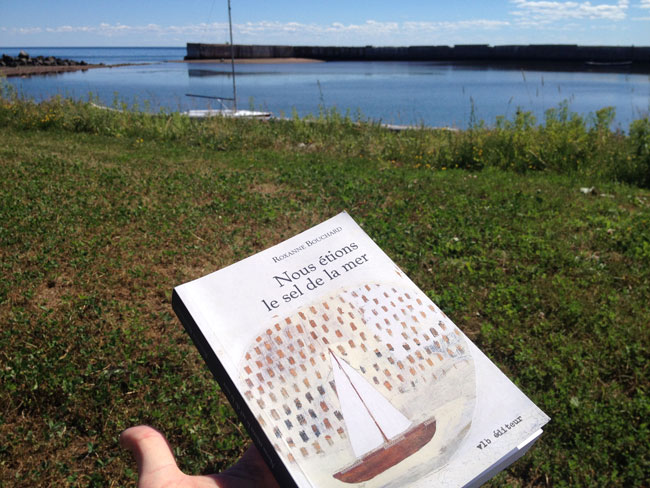 What surprised you when writing or researching the book?

The sense of wonder I felt surprised me the most. I spent months falling in love with the sea and hearing kind, generous people tell me their stories, welcoming me into their homes and teaching me incredible things, then trying to breathe life into them as characters in the book. I had no idea that researching and writing a book could stir up so many emotions and so much wonder. That’s why I feel so compelled to keep writing about the Gaspé!

Do drive out to the Gaspé, and do drive the way Renaud suggests, around the point rather than through the valley! But give yourself more time than you need, because the distances involved from Montreal and Quebec City are huge. Go at the end of the summer or early September, and spend some time in the local haunts. And tell the locals you’ve read the book, they’ll be thrilled.

Merci beaucoup Roxanne! And may we all get to visit the Gaspe for real very soon indeed. For now,we have the wonderful We Were the Salt of the Sea.

Readers – Want to know more? Come back later and meet the translator!

BookTrail Boarding Pass:  We Were the Salt of the Sea