Travel across the world with a Mix Tape and Jane Sanderson

Travel across the world with a Mix Tape and Jane Sanderson – Have you ever made or received a mix tape? Do you even remember/know what they are? What collection of songs would you have to describe your life?

Ever met a Mix Tape Man? Well, take a seat, put on some headphones and listen carefully as we meet Jane Sanderson, author of Mix Tape the novel! 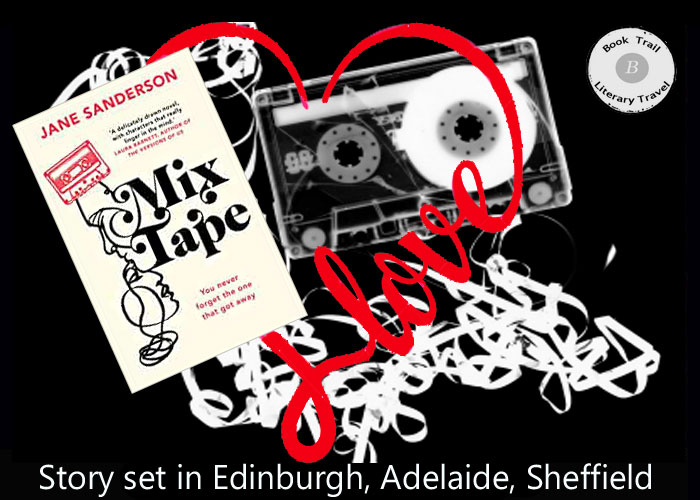 Your story is so clever! What made you want to write it?

Thank you! I can honestly say I had a eureka moment. I woke up one morning in April 2017, and my first thought was, wouldn’t it be incredible to have two people connect with each other entirely through music? Maybe I’d dreamt something similar that night, I don’t know, but there it was, fully formed in my mind. I then had to tackle the small matter of building up a full narrative around that central concept … but that’s all part of the daily grind of the novelist.

I should add that I was also very aware of the effect on myself of those links we sometimes see on Twitter or Facebook – other people, sharing music that means something to them. I always click on those links, and very often it takes me away from the humdrum day and into a different place and time. In Mix Tape, I wanted to explore that idea, and find out whether, through their shared playlist, the adult Ali and Dan can find a way to speak to each other that transcends the ordinary, and permits their relationship to grow. 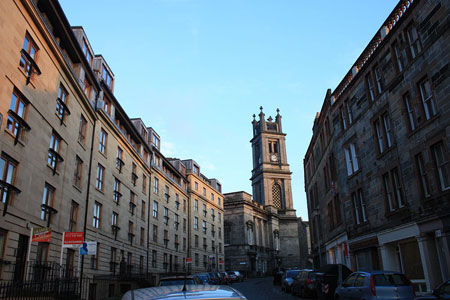 Tell us about the locations in the novel

Edinburgh and Adelaide, two elegant cities on opposite sides of the globe, felt right in so many ways for the adult Dan and Ali. For a start, they’re 10,000 miles apart, and this vast distance was essential to the plot. Also, there are connections between the two places – both are known as festival cities, and there’s a lot of cross-pollination of talent between them. And then there was the fact that they weren’t obvious choices as locations, and therefore would help make Mix Tape interesting for me to write, as well as interesting for you to read. I already knew Edinburgh a little, through visiting the comedy fringe festival. But I had to spend more time there, in particular in and around Stockbridge, the lovely suburb where Dan and Katelin live. 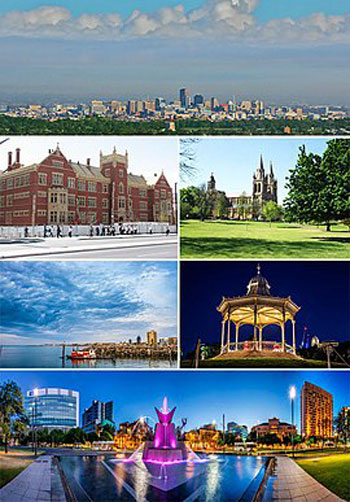 Adelaide I knew not at all – so I visited, and lived there for three weeks. I hired a car, rented a bike, met people who introduced me to other people, and they were all helpful, and happy to tell me about Adelaide, past and present. It feels more like a large country town than a city, and it perfectly suited my purposes – not least when Ali becomes discontent and restless; the slightly parochial ways of Adelaide society might well oppress a woman whose heart is pulling her elsewhere. 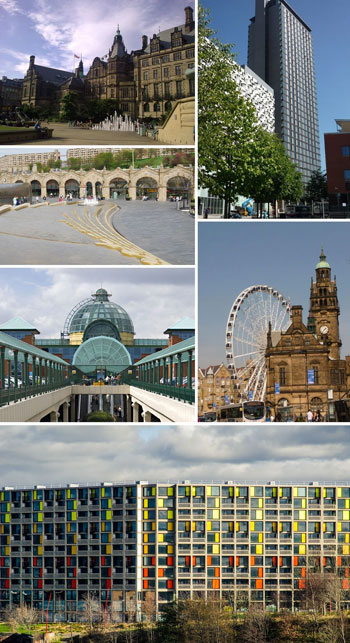 Sheffield was a different matter. It was my city of choice for the flashback chapters with Daniel and Alison, because I grew up near there, I know it very well, and – more importantly – I know the people. I’ve always put Yorkshire folk in my books and I’ll always love writing about them, because I know, without having to think too hard, exactly how they think themselves, and exactly what they might say.

I researched the songs by listening to a lot of my own music, listening every day to BBC 6 Music, and by plundering the knowledge of every serious music lover I know. Hours and hours of listening to songs – and there are only twenty-three in Mix Tape. What helped narrow down my choice was the narrative. Each song was carefully chosen to fit the stage in the story at which it’s sent, and the tone of what Ali or Dan are trying to convey. The list gets hotter and heavier as the story progresses, I must say…

Do you listen to music as you write?

I never listen to music while I write, not even instrumental or classical music, which wouldn’t distract me with lyrics. I’ve tried, but whatever it is, it stops me from concentrating. I like to hear my fingers hitting the keyboard, and the occasional sounds outside the window of my office. Dogs barking. Rain. Wind. Birdsong. Postman. That kind of thing. I do have an acoustic guitar leaning against my desk, however. Sometimes, when I’m stuck for a word (or a sentence, or an idea) I pick up my guitar and play, and sing along to my own limited repertoire. 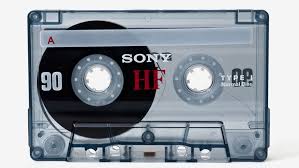 For those younger than 30, what do you remember about mix tapes?

I only ever received mix tapes from one boyfriend, who shall be known henceforth as Mix Tape Man. I’m the worst archivist in the world – I’ve saved none of them, and I do regret that. But in my defence, there was a time in our recent history when shiny, well-packaged CDs were invented and the cassette tape by comparison looked archaic and unattractive, and tended to catch in the tape deck, and unspool itself (this is one of the many reasons I love the cover of Mix Tape; that tangle of tape looks so familiar.) Mix Tape Man presented me with a curated compilation very early on in our relationship, and he immediately had my full attention. He named the cassette Sloppy Bugger Music, and that first tape was followed by more; laboriously-compiled recordings of his favourite songs, which made me overlook, for twelve months, all the many reasons why he wasn’t right for me.

In 1986, it wasn’t simply a matter of downloading an all-new Spotify playlist. An old-fashioned mix tape was, literally, a labour of love. It took time, and patience, and the ability to precisely judge line and length to decide if there was just enough room left on Side One for 2’41” of Van Morrison’s Crazy Love. Those mix tapes introduced me to new songs, and made me listen more closely to old ones. I’d never heard of Van Morrison until then. I’d never listened – really, closely listened – to

Sinatra singing I’ve Got You Under My Skin. I’ve always been grateful for that musical legacy, and it was often in my mind when I wrote Mix Tape, and trawled through playlists and memories, my own and those of my friends, searching for the songs that would draw Ali Connor and Dan Lawrence back together. 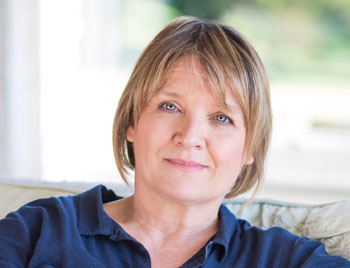 Thanks Jane for a hop, skip and a jump down memory lane!

BookTrai Boarding Pass:  Travel across the world with a Mix Tape and Jane Sanderson