Rosanna Ley, in her latest book takes us to Belle-Île, an island full of  mystery and secrets. However it’s the history of the island that is really thrilling in this story. There’s mentions of Monet, an artistic heritage and more besides. The perfect place for a story about a girl finding out about her mother’s secret….. 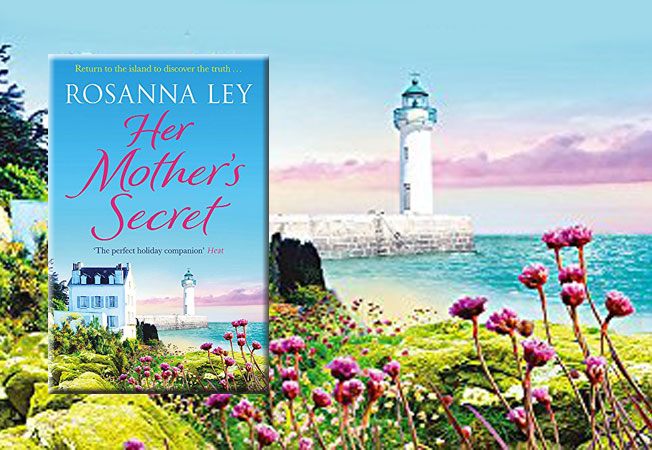 Just allow yourself to sink into this extract from the novel which just shows the author’s skill in evoking time and place, sights and smells as well as sounds and emotions…

“Colette climbed off the Belle-Île bus and began the oh-sofamiliar walk into town. The curve of the road as it swept around the harbour basin, the trees on the far hill, roses and geraniums in window boxes, an old bicycle propped against an oleander tree. Each step seemed to tug at her heart.

Sauzon was beautiful as ever – the clear waters of the harbour, the pretty houses painted green and yellow, pink and blue, grey and white. So elegant, so charming. The same pine tree stood on the corner, the same tamarisks feathered the top of the granite cliff wall. Colette paused for a moment to re-absorb this place so rooted within her. So many times in the past, she had witnessed gasps from holidaymakers seeing the picture-postcard perfection of Sauzon for the first time. You live here? How wonderful . . . Tourists of course saw the pastel-painted houses overlooking the cool blue waters of the Atlantic, where fishing boats and pleasure craft floated in happy harmony through the haze of rose-coloured holiday spectacles. They didn’t see the place in the winter, in the storms, when—

‘Colette? Colette! It has been so long!’

The voice rang out from the other side of the harbour road, the Rue du Chemin Neuf. Colette recognised Anneliese who  owned the crêperie in the village. ‘Anneliese, bonjour!’ she called back to her. She hurried across to where Anneliese stood, hands on ample hips.

Colette smiled. It was true, she supposed, although sometimes she thought the transition had taken place so much earlier with the death of her father.

Anneliese held out her arms and Colette stepped into her warm embrace. They kissed on both cheeks then drew apart.

‘Très bien, Anneliese. And you?’ She was older too of course, her skin more lined, but her eyes were as warm and friendly as ever. ‘How are things? How is Jean-Luc?’ Immediately, Colette felt herself slip seamlessly into the French way of speaking, of being, that she had been born to.

She and Anneliese chatted for a few moments, Anneliese’s soft voice full of pity, for she must have known that Colette’s mother was very ill. No doubt she was curious too about what had kept Colette away for so many years – wouldn’t they all be? But Colette didn’t want to stay too long. She needed to breathe deeply and drink it all in. She needed to get there.

Moving on towards the tip of the harbour, she passed the white walls and decorative red shutters of the tabac, the grocery shop and other places that had sprung up since she’d left. Because, yes, she saw now that there had been many changes. Colette’s steps slowed. There were fewer fishing boats, more yachts. Houses had been smartened up and made good. And  the new shops were the kind that catered for tourists, with their fancy pottery and the type of coastal clothing in narrow stripes, hemps and linen that rather reminded her of Cornwall. 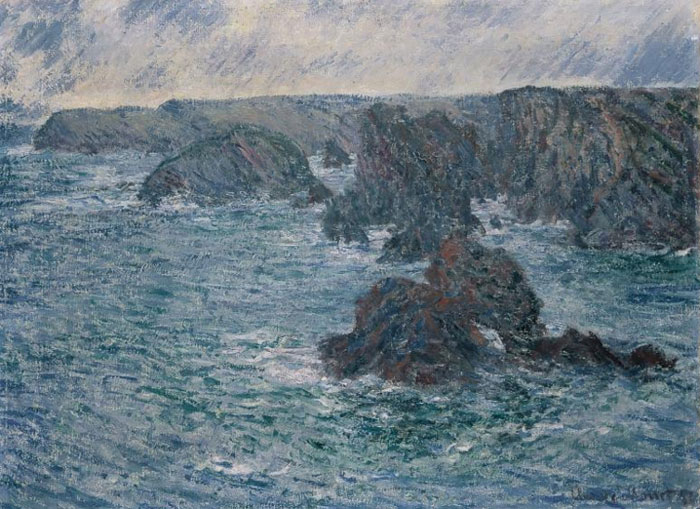 There was a gallery too, showing pictures of the jagged rocks whipped by sea-foam that formed cotton-like flecks in stormy weather, after which Les Aiguilles de Port Coton were named. Monet had famously painted them – the story was that he came here for five days and stayed for seventy-five, painting thirty-nine canvases. Colette wouldn’t be surprised. The rocks looked different from every angle, and they’d since been drawn by many an admirer wanting to follow in Monet’s brushstrokes. Like Cornwall, the island attracted artists, writers, sculptors. Like Cornwall, the island had a certain kind of light . . .

Colette felt a gust of longing. She would go there. She would go to all the places she loved that she’d visited with her father – the old church at Locmaria and the pretty bay beyond, the Pointe des Poulains where the actress Sarah Bernhardt had famously made her home, the little village of Bangor, the rocks at Port Coton. But first . . .

Some things were the same. There was the rather imposing Saint-Nicolas Church in Place de L’Église, there was the boulangerie. She walked on down Quai Joseph Naudin which ran seamlessly into Guerveur. And there . . . Her breath caught. There was the quayside stall where her father had washed, gutted and sold his fish. She drew closer. She ran her fingers along the hard, pitted surface, the very same marble slabs. Above the battered stainless-steel sink, coloured lights were strung gaily above the stall, as if it were part of some fairground attraction instead of a man’s living.