A chance to go back in time in The Watchhouse where radio was born and where words flying over the airwaves were becoming a reality. The world was becoming a more interconnected place and communication was the future…… 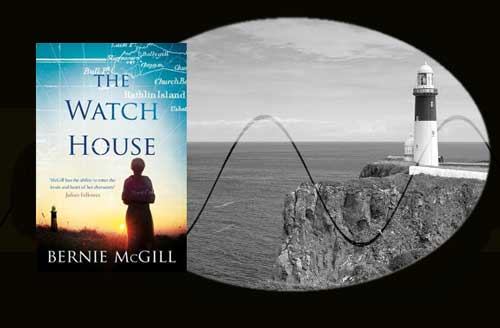 I fell in love with Rathlin on a Writers’ Weekend a number of years ago and I’ve been entranced by the island ever since. There are so many stories there – it has a fascinating history of invasion and counter-invasion, of mythology as well as of the supernatural. I wanted to set a story on the island and the Marconi connection seemed the natural place to start. 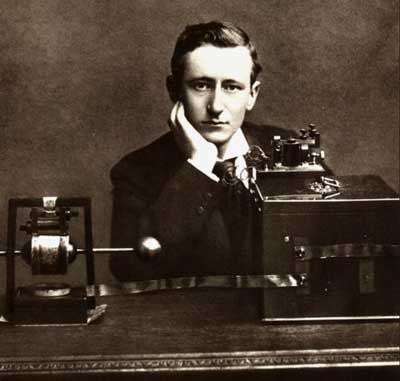 Rathlin’s only about an hour from where I live on the north coast of Ireland and the Marconi connection is well-known locally, although not everyone agrees on what his involvement in the experiments actually was. His mother, Annie Jameson, was Irish (from the famous whisky distillery family in Dublin) and his first wife, Beatrice O’Brien, was also Irish so that made the appeal even stronger for me.

I think he was an extraordinarily motivated and hard-working and charismatic figure. He was very young when he first started experimenting in wireless technology at his home at Villa Griffone near Bologna in Italy, and although he didn’t always get the support he needed from his father (who seemed to think this business with wires and bells and kites extremely frivolous), he remained very focussed about what he wanted to do.

I visited Rathlin several times, and I visited the other sites on the mainland where the experiments took place. I read everything I could get my hands on locally, as well as a number of publications on Marconi himself. Some of the accounts were anecdotal, many of them were contradictory. I was lucky to get permission to visit the Bodleian Library in Oxford and to view copies of the diaries of Marconi’s assistant, George Kemp, who headed the Rathlin experiments. In the end, I took my lead from him and used his maps and diary entries as a geographical as well as a written guide to the story.

A world  without radio…It would certainly be a much less connected place. 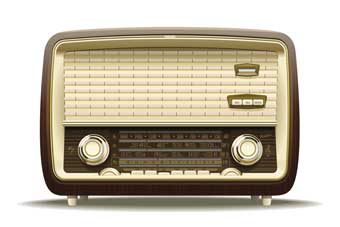 I must admit, I’m a fan of the podcast, particularly of Desert Island Discs which I tend to listen to while I’m tidying – or ironing.

If you could host a radio show….

It would have to be about stories. I love listening to people’s stories on the radio. There’s something quite confessional about it.

And the last word goes to Rathlin….

It’s a hugely popular spot for ornithologists, for naturalists, for walkers and for divers. The RSPB centre at the West Light is an amazing place to visit. It’s one of the best nesting sites for puffins in the UK. The best place to start is with the Rathlin Community website: rathlincommunity.org

Thanks Bernie for a wonderful visit to Rathlin and a step back in time to Marconi and the birth of radio!