Dead End in the District – The Lake District

The Lake District is a lovely place, right? Well, until Rachel Lynch gets out her pen and draws the shadows and the dark sides and the darker characters. Which makes a fictional setting really come to live. When it’s a stunning place in real life and it becomes dark in fiction, it makes the place particularly interesting….

Rachel Lynch…it’s over to you…. 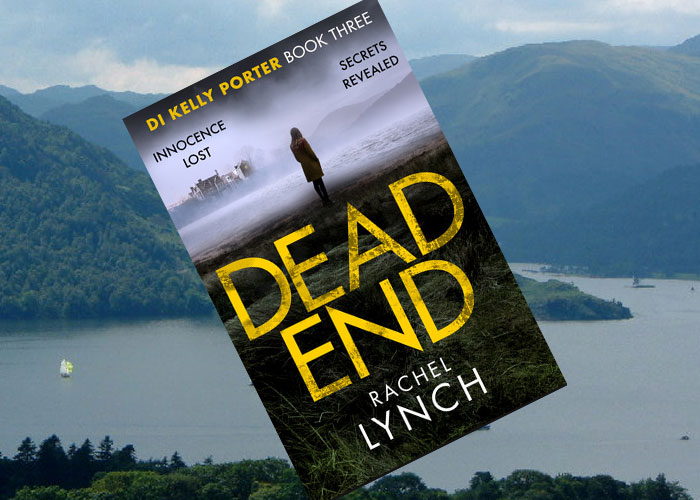 Dead End is set around Ullswater in the northern Lakes. From Pooley Bridge in the east, where Kelly and Johnny live, to Howtown and Martindale on the south shore, to Watermillock and the fictional Wasdale Hall on the northern shore.

Going back home to The Lake District always inspires me to create new cases for Kelly. The possibilities are literally endless, not just because of the vastness and privacy, but also because of details such as poor mobile phone coverage, a relatively small police presence and the opportunities to use different settings for every case, eg, lakes, mountains, tarns, dales, fells, crags, gorges, abandoned ancient churches, farmland, screes and bogs, to name a small few! 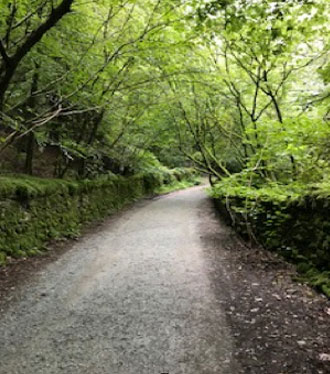 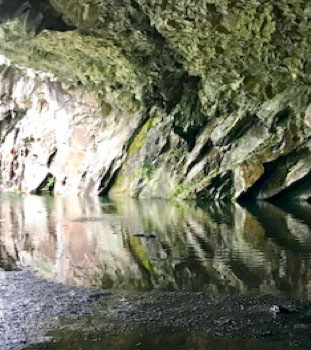 Hidden caves, quiet lanes and rocky crevices all offer the perfect setting for a crime novel. There is no shortage of places to hide bodies as well as secrets. Visitors come and go in swarms and so keeping track of the movement of people in and out of the area is virtually impossible. Cumbria is about as provincial as you can get and so technology and infrastructure is dated so everything takes a little longer to achieve than in the city, this can be an advantage for the crime writer. 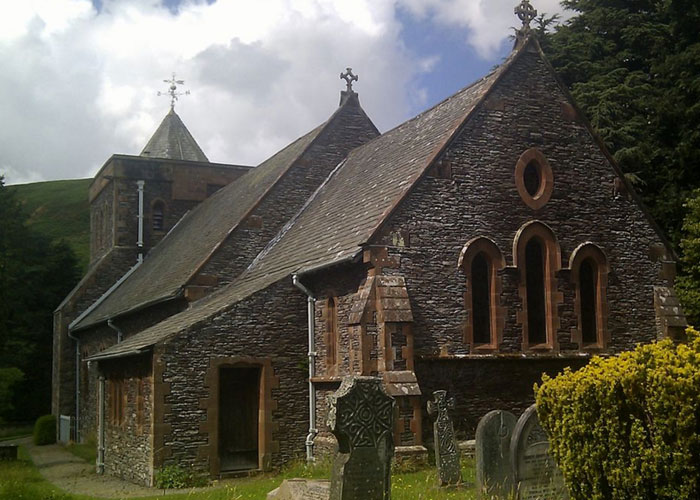 A hike up Place Fell and a visit to Watermillock church inspired Dead End. Place Fell overlooks Ullswater and can be a desolate place. That’s when I started to think about how I could factor it in. There are numerous campsites on the southern shore of the Lake and it’s a perfect spot to get lost. I have to employ artistic license from time to time regarding how busy areas get and how long it takes Kelly to reach certain landmarks, but it’s necessary to keep the pace and atmosphere. We drove to St Martin’s Church on a tiny track this summer and a wedding was taking place there. It was all very beautiful except that the guests arrived by coach and blocked the lane for all other traffic. 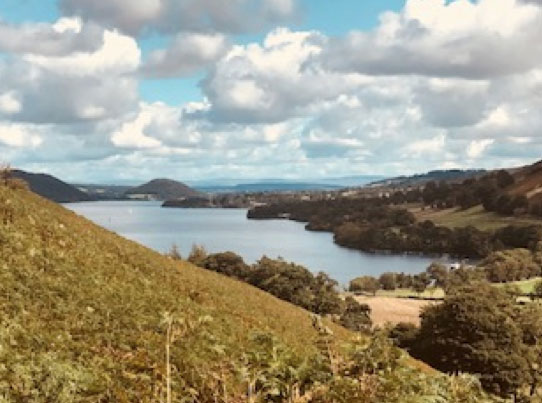 The roads around the Lake District are usually single track with passing places. The south becomes unbearably crowded in the summer, which is why I set my novels in the northern Lakes. Kelly Porter is the Senior Investigating Officer for North Lakes, based in Penrith. She lives a short drive away in Pooley Bridge, and all the sites in the book are close by. She grew up in the Lake District, even though she worked in London for many years, she’s now back home investigating the apparent suicide of the Earl of Lowesdale and the disappearance of two girls from Howtown Campsite. 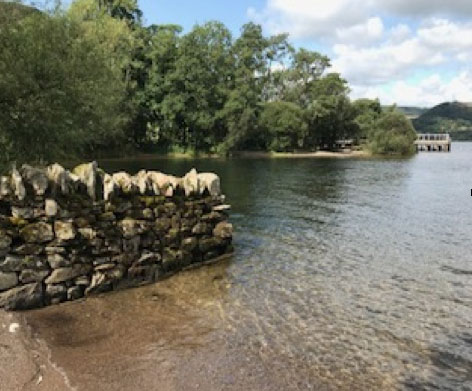 She knows the area well, but there are surprises in store even for her. She has a small but dedicated team, typical of provincial forces. In London, she worked on major murder squads, but in the sleepy Lake District, everything falls on one team. They work closely with the Cumbrian mountain rescue teams and that’s another inspiration for me: how many people underestimate the seemingly small peaks of Cumbria. Only last week, a man tripped and fell to his death on Scafell Pike. The Wainwrights are not to be underestimated and Kelly, as well as her partner, Johnny, who volunteers for mountain rescue, have a healthy respect for their environment. It makes catching killers a challenge, but it’s a mesmerising canvas on which to work. 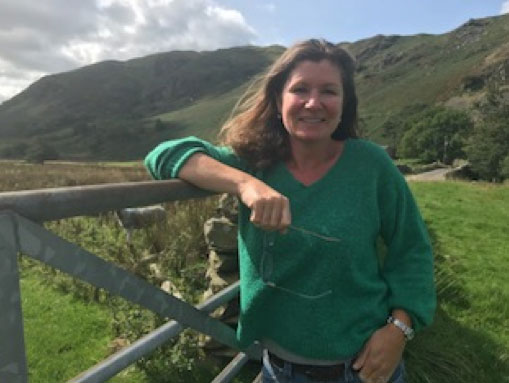 The Lady of the Lakes (c) Rachel Lynch

Thanks Rachel for a really interesting visit to the Lakes!