Today is Anne Bronte’s Birthday – born 17th January 1820. She lived only 29 years but what she and her sisters achieved in their lifetime was extraordinary. Having seen the recent BBC adaptation of their story – To Walk Invisible – I was honoured to speak to a lady who knows even more about Anne and her life. This month also sees the publication of a remarkable book  – Take Courage, Anne Bronte and the Art of Life by Samantha Ellis . Happy Birthday Anne Bronte!

I’m honoured therefore that Lauren Livesey from the Bronte Parsonage – someone who lives breathes and works amongst the Bronte landscape every day – wanted to tell me more about this amazing literary family…. 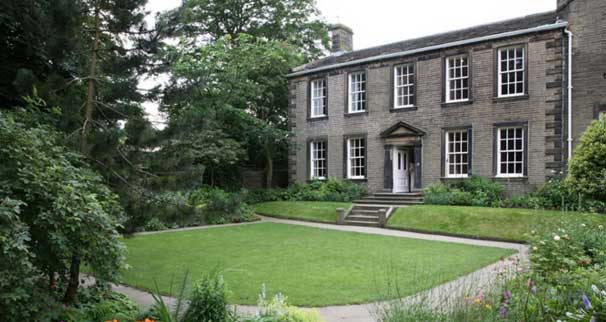 Working in such an iconic literary landscape…

I’m lucky enough to have two roles at the Museum, working on our contemporary arts programme, and in outreach and events. There’s quite a lot of cross-over between the two posts. Day to day, I work with visiting creatives – both artists and writers – who might be producing new work inspired by the Brontës or their legacy. Last year, for example, I worked closely with the novelist Tracy Chevalier, who was our creative partner for Charlotte Brontë’s bicentenary year, in developing a new exhibition and publication which focused on the hugeness of Charlotte’s ambition. This year we’re working with the poet Simon Armitage to highlight Branwell Brontë’s often-overlooked contribution to his sisters’ creativity, and it has been a real privilege to delve into our collection with him, and to see him craft new poetry in response to Branwell. If you come visit us in 2017, you can see his wonderful new exhibition, Mansions in the Sky. On the contemporary art front, we’re working with the ceramicist Clare Twomey this year on a new installation here at the Parsonage, where we’ll invite visitors to help us rewrite the lost manuscript for Wuthering Heights. That project will begin in April, so plan your visit to coincide!

With my outreach and events hat on, I get to work with some really wonderful partners, like the Ilkley Literature Festival, the National Theatre and the Bradford Fair Trade Zone, on schemes that help to promote the Brontës and the Museum. I also spend some of my time delivering talks about the Brontës and their story, both to groups at the Museum and to institutions outside, and that’s one of my favourite parts of my job. 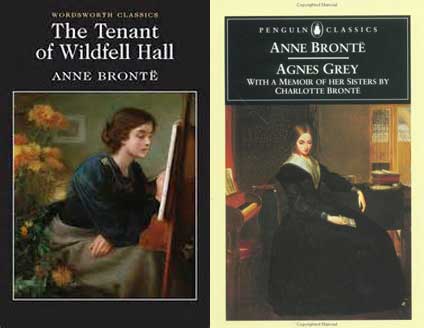 On meeting the Brontë sisters…

My favourite Brontë is definitely Emily, in terms of her creative output, but I think she would be a very intimidating person to meet! I’d probably like to meet Anne the most, as I think she was just a fascinating person, and she’s been so unfairly overlooked. I’d love to talk about the process of writing with Charlotte, go walking on the moors with Emily, and discuss current affairs with Anne – imagine discussing women’s equality with the person who write The Tenant of Wildfell Hall. That would be amazing!

Anne is often said to be the forgotten sister….

Personally, I think there are two main reasons for this. Firstly, The Tenant of Wildfell Hall was just so far ahead of its time that the Victorian readership just did not know what to make of it. I think it made them feel uncomfortable – remember, what Helen does in that novel, taking her son away from her husband’s corrupting influence, would have been illegal at the time – and it was such an unflinching portrayal of life with an abusive spouse that people found it easier to ignore the book altogether. Charlotte then suppressed later editions of the book in a (to my mind, misguided) attempt to protect her sister’s reputation posthumously. While she was just being protective of her sister, it really did untold damage to Anne’s literary standing for decades to come. I think Anne is starting to have a bit of a renaissance, though – come her bicentenary, in 2020, I think people will really be ready to reassess her as a writer and to concede that there were three geniuses in the Brontë family.

We only have five of Anne’s letters preserved, so it’s difficult to really know much about her definitively, and what reports we do have come from Charlotte, who tried to paint her as a virtual saint to make up for the shocking nature of The Tenant. I suspect Anne would have been happiest at home with her siblings, and I don’t think that she would have marked the day overmuch. Maybe some cake with the evening meal? I suspect the company would have been most important to her. 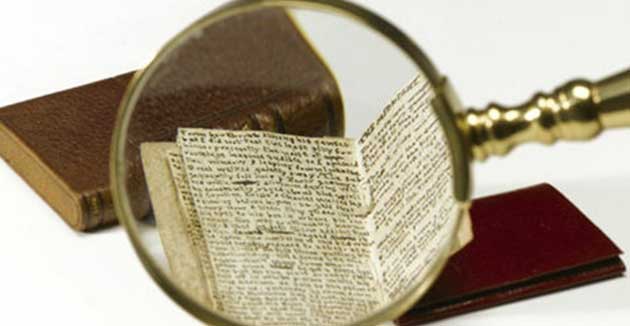 The letters which inspired Take Courage, Anne Bronte and the Art of Life by Samantha Ellis …. 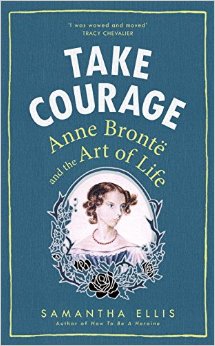 Oh, Anne’s last letter – the one that inspired Samantha – is actually my favourite item in our entire collection, because it gives such a wonderful insight into Anne’s character and her courage in the face of death. That’s definitely a very revealing letter. The letters don’t tell us a great deal about Emily, as there are only a couple by her in existence – they just add to her elusiveness, really. The letters are really our key to Charlotte, though, and I think one of her greatest talents was as a correspondent. She was wonderful at tailoring style and content depending on who she was writing to – after she married, her husband cautioned her to tell her friends to destroy her letters after reading because Charlotte was so frank and painfully honest in them, and he feared what might happen if they fell into the wrong hands. Charlotte asked her two great friends, Ellen Nussey and Mary Taylor, to do so, and while Ellen fibbed and continued to preserve them, Mary did actually destroy the bulk of their correspondence, which was a real shame. I think we’d get to know even more about Charlotte from her letters to Mary, as we know they talked a lot about politics and current affairs, and I suspect they’d tell us a lot more about Charlotte’s intellectual life.

Who visits the Brontë Parsonage ?

We’re really lucky at the Museum, as the Brontë novels are the most incredible marketing tool we could ask for. There’s no such thing as a typical visitor – all ages, genders and nationalities come to visit. And our tickets are valid for 12 months from purchase, so our visitors who are more local can come back as many times as they like in that period, and see new exhibitions in the course of the year. All the members of the Brontë Society get unlimited free admission as well.

We often get asked which sister wrote which novel, and where they all slept – people are really fascinated to know who had which bedroom! People like to know more about the name “Brontë”, and where it comes from, so we tell them that Patrick, the girls’ father, was probably christened “Patrick Brunty” but later altered the spelling of his name.

The Tenant of Wildfell Hall, without a doubt. If Wuthering Heights is my favourite book of all time, Tenant takes the number two spot. While I reject the idea that Emily intended Heathcliff to be a romantic character, he definitely does have a Byronic allure, whereas Anne just has no truck with dark and brooding men. As she points out, the Arthur Huntingdons of the world are just more trouble than they’re worth! The content of the entire book is just so far ahead of its time – I really can’t recommend it enough. People often refer to “the Brontë sisters” as though their work is all really similar, but they’re just such different writers. Even if you don’t like one sister’s novels, try the other two, because chances are you’ll love them. 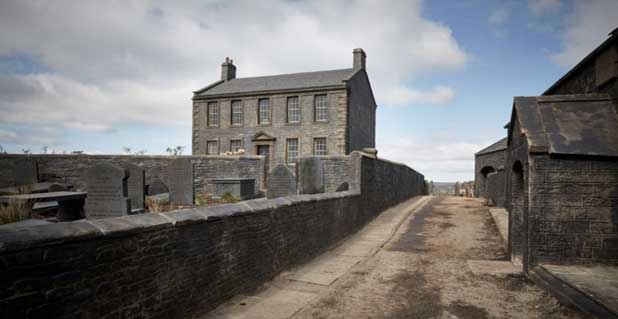 The team at the Museum were involved with the production from the early research stages, and we worked with the production design team on helping them create an authentic Parsonage interior. I was part of a group of people who were were really privileged to visit the interior sets and attend the read-through, which was an incredible experience. The actors who played the siblings and Mr Brontë also came to Haworth for Brontë boot camp – the dedication to accuracy was really impressive. I thought that Charlie Murphy, the actor playing Anne, did a wonderful job. I think Anne was in many ways the linchpin of the family, and Charlie got that spot-on in her interactions with Emily and Charlotte.

Well, I’m clearly biased, but I think the Museum gives visitors an incredible insight into the Brontë family. For there to be so much creative talent in one family is unprecedented, and the Society has the largest collection of Brontë items in the world, which really paint a picture of this remarkable family. Plus, even if I do say so myself, we’ve got a cracking events and exhibitions programme, with visiting speakers and artists including Sally Wainwright and Clare Twomey. This year, on top of an exhibition on Branwell Brontë curated by Simon Armitage, we’re recreating Branwell’s Studio with the production team from To Walk Invisible, which will be an incredible immersive experience, and we’re also showing costumes and props from the drama. Oh, and your ticket is valid for 12 months, so you can come back again and again. There’s really something here for everyone, and if you’re a massive Brontë fan but live far away, our shop can ship internationally!

With many thanks to Lauren and the staff at the Bronte parsonage who were very keen to talk about Anne Bronte and her sisters. As fellow ardent literary travellers, they wish to inspire readers and visitors to the Bronte world. Honoured to have you on The Booktrail! Visit this amazing place, take a book and immerse yourself into a magical, literary world.