It’s not long now until the very Scottish  “How Tartan is Your Noir”  panel at the Bloody Scotland festival. So we set up a  Booktrail Beer Tent at Bloody Scotland to get a few authors together for a chat over a pint and a pie. Set them all on bar stools, shot a few questions at them and then let them do their worst…. 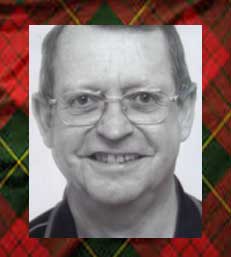 Serving the drinks (in a kilt of course) is Bill Daly. I am there to keep all of these authors under control.Well Matt and Neil really and to a certain extent Bill. Aline is a lady 😉

Bar man Bill does not give half measures. He pours the drinks as if the beer was water to be honest. Does a bit of that Tom Cruise thing from Cocktail and swooshes his kilt as the comes over to serve the drinks.

So, how “tartan” are you? ie Do you wear tartan at all, have a favourite design/accessory in the material or even belong to a clan yourself?

MATT:  Unfortunately for my tartan credentials, my surname is actually Lithuanian! However my mum’s side are the McIntosh clan and I am the proud owner of a kilt. In fact my Highland attire’s last outing was for the Bloody Scotland Crime Book of the Year in 2015 when I made the shortlist. Maybe next time I wear it I might actually win the thing then it’ll always be my lucky kilt!

NEIL : I’ve got a kilt and outfit that I got tailor-made for my wedding, so that’s got to be my favourite piece of tartan kit! As a Broadfoot I’ve not got a clan tartan, but my kilt is a MacLeod, which is my wife’s name.

ALINE: Yes, I have a tartan.  Through my mother I’m a member of Clan Buchanan.  But no, I don’t wear anything in that tartan.  If you have seen the Buchanan tartan, you will understand. It’s an eye-popping mixture of red, orange, olive green and blue.

How much does the Scottish setting influence your writing and crime novels?

MATT: It influences me because I know and love the places I’m writing about. However I think you have to be wary of writing about every cobblestone and make sure you also get on with the story. I actually think having a Scottish sense of humour is as much of an influence as the places.

NEIL: I’m not conscious of it influencing me, but the setting and location must do. There’s a rhythm of language and tone that changes depending on where you are in Scotland, and hopefully my books reflect that. That said, I don’t set out to write a “Scottish crime novel”, I just aim to write the best book I can, which just happens to be set in Scotland.

ALINE: The setting, particularly in the DI Fleming novels, is almost another character in the books.  Before I start a new one I spend a lot of time going around Galloway and very often there is some feature of the landscape that suggests a plot. For instance, I saw an Iron Age broch up near Clatteringshaws Loch which prompted a very dramatic scene in Bad Blood, and a visit to the wonderful Mull of Galloway lighthouse just invited a body being found on the rocks just at the foot, in Dead in the Water. 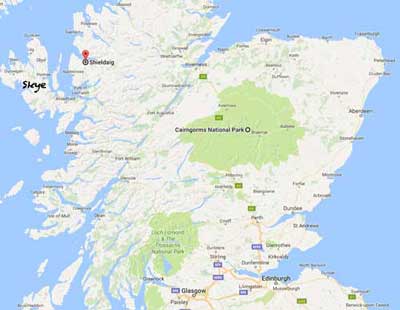 Somewhere everyone should visit at least once in Scotland

BILL: This beer tent and of course Bloody Scotland! ( Smooth talker is Bill)

MATT: The Cairngorms, which I have featured in every novel I’ve written so far.

NEIL:  Skye is utterly breathtaking. With the weather painting an ever-changing palette on the horizon, the island gets more stunning with every turn you take. And the drive out to the Sleat Peninsula, on the long stretch of road that cuts through moorland, is like driving on a different planet.

ALINE: Sheildaig in Wester Ross for its breathtaking scenery.

Are you similar to any of the characters in your books?  Do you and your character get along ?(Now this could be good)

MATT : Yes, Connor ‘Elvis’ Presley is loosely based on myself – a bit of a big head who isn’t quite as good as he thinks!

NEIL: Doug and I have our fair share of disagreements, mostly after what I put him through in All The Devils, but yeah, I think there are commonalities there. We’re both journalists by training, which shapes the way you attack a story. Doug’s probably more of an idealist than I am, and sharper in seeing his friends as chess pieces to get what he wants, but generally we get along- which is handy as he’s rattling around in my head!

ALINE: Marjory and I  get along pretty well on the whole, though we look at each other with mild puzzlement.  She can’t understand how I can spend so much of my time reading books – she thinks I’m definitely a couch potato whereas I can’t understand her obsession with yomping around.  I’m faintly exasperated by her inability to cook, being keen on that myself and of the opinion that if you can read, you can cook.  We have the same moral standards and the same opinion of Robert Burns – admire the poetry, despise the man.  I certainly wish I had her toughness – and her athletic figure. Something to do with all that yomping, I suppose! (Bill – “Yomping is a long-distance march carrying full kit isn’t it? Bit like me and these drinks for you lot”) 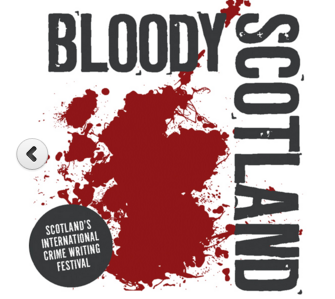 MATT:  I think Connor Presley would get on well with Neil Broadfoot’s investigative journalist Doug McGregor. Either that they’d kill each other. Either or is good for me.

NEIL: Being journalists, Doug would get on with April and Connor from Matt Bendoris’s Wicked Leaks, though they’d probably end up at war with each other as they try to get to the exclusive! That said, Doug would love to cover the antics of Charlie Anderson and DI Marjory Fleming. A good juicy murder and mystery is just the thing to attract a hack like Doug, and Bill, Aline and Matt all write great stories that Doug would love to cover!

SUSAN: At this point the Scottish music starts and Aline is the first one on the dance floor for the Ceilidh. So I’ll have to speak for her – Marjory I think,  have to be on standby to keep the fictional males in check so could appear in any novel….

THE CEILIDH is well underway and the beer is still being drunk. The piles of pies is looking smaller by the minute but the four authors now are dancing, kilts flapping in the air as they twirl and whizz round the dance floor in their own inimitables tyle:  Matt is making moves, Bill is beat boxing, Aline is doing the Ceilidh dance The Military Twostep whilst Neil bless him seems to think that there must be a Saint Bernard dog in the room when they announce the dance The St. Bernard’s Waltz. Going back to the Whisky thing aren’t we?