The lovely Lesley Downer is being treated like a Queen at the booktrail today as quite frankly after reading her novel The Shogun’s Queen, I think she deserves the very best cushion, dainty slippers and Japanese tea whilst she talks everything about Japan and the amazing research required for her novel….She went to everywhere Atsu goes to.No wonder she’s tired and needs a rest! 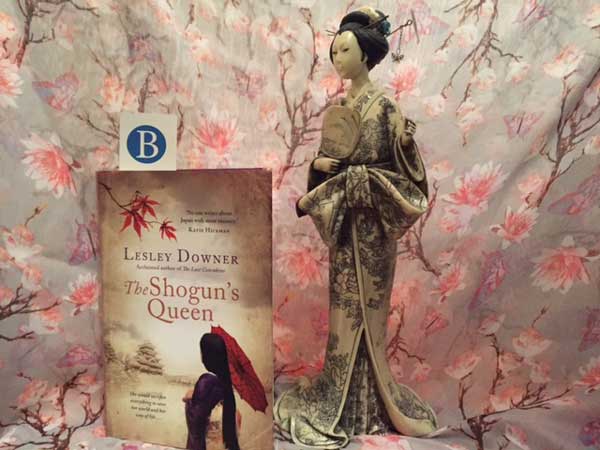 The Shogun’s Queen (c) The Booktrail 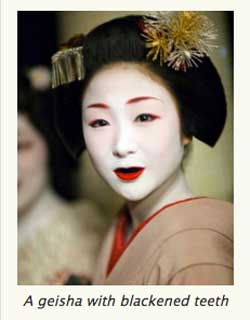 Ernest Satow was a young man from North London who went as an interpreter to Japan in about 1863. He got so used to black teeth that when the empress declared in 1873 that she would no longer blacken her teeth he was as shocked as any Japanese by all the savage looking white teeth that suddenly appeared. Some old ladies continued to blacken their teeth into the 20th century. (Read Lesley’s full post here)

Yes, I try to remind myself of the adage that a clever woman never lets a man know how clever she is – like the sweet demure and tough Steel Magnolias of the Deep South of the US. You can get your way more easily by being lovely and nice and making your man feel good than by being ‘liberated’ and doing lots of arguing and shouting!

There’s also geisha golf … Here the secret is to play very well but not too well. Your male opponent will win but he mustn’t know that you’ve let him win. If he can beat a woman who is an excellent golfer, he will feel convinced he is one of the world’s great golfers. The key thing is he’ll feel good. Then you can wrap him round your little finger.

That’s the way geisha conversation works too. Some geisha are the lovers of major political figures and in the past actually influenced policy. They would never say, ‘Do this. This is my idea. This is what you must do.’ They would always coo, ‘Goodness! Lowering the interest rate! My, what a clever idea! How brilliant of you! You’re so clever!’ So the geisha gets what she wants and the man is convinced that it’s his own brilliant idea. And geisha always tell men, no matter how old and grizzled, how handsome they are, so handsome that you feel really quite nervous in their presence.

An American man I know had been to a geisha party. I asked him what the geisha had been like. ‘You know, I can’t remember,’ he said. He thought for a minute, then added, ‘The main thing I remember was that I’d never realised before how brilliant and witty I am!’ Those geisha had done their job well.

The locations in The Shogun’s Queen

Atsu grew up in the idyllic seaside and spa resort of Ibusuki at the far tip of the southern island of Kyushu. You can see Mount Kamon not far away, a fairy-tale cone-shaped mountain even more perfect than Mount Fuji. It’s steamy and tropical with palm trees and ocean and black beaches. Instead of taking the waters there, you get buried in hot black mineral sands. We put on cotton gowns called yukatas and lay in trenches with a little pillow to support our heads while grizzled old men shovelled hot sand over us till we were completely buried apart from our faces. It’s surprisingly heavy and hot like a blanket and supposed to be very good for you.

Atsu would have travelled by palanquin and stopped off very often to stretch her legs, look at the sights, have a snack. The roads in Japan were major highways that led past sites famous in literature and history. There would have been ample places where great battles were fought or poets wrote poems or heroes died or all of these. 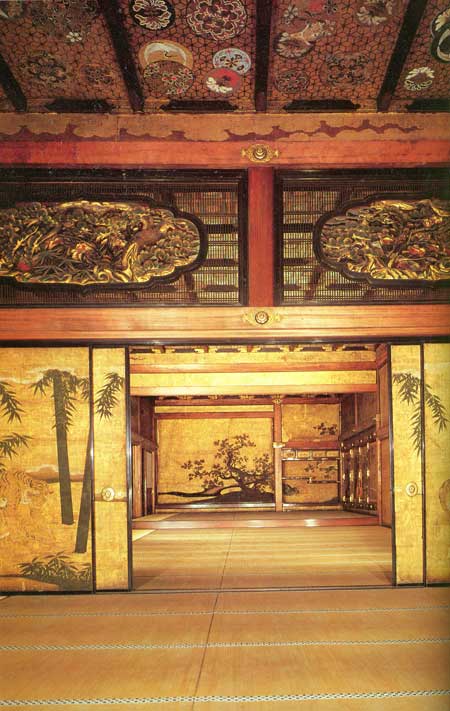 The Women’s Palace at Edo Castle…

Edo Castle was Japan’s Versailles, as magnificent and over the top as Kublai Khan’s Xanadu. It was a vast complex of palaces and gardens a mile across and four miles in circumference, where the shogun lived and, with the help of an army of government officials, ruled the country. It was a place of spectacular wealth and power and glitz and glory.

The holy of holies, the innermost sanctum, was the Women’s Palace, the Great Interior. It had white-walled buildings with dove-grey tiled roofs surrounded by landscaped pleasure gardens, with streams and lakes where women glided in red-lacquered pleasure barges. There were moon-viewing pavilions, stages for Noh plays, tea ceremony huts and streams where you could play ‘float the sake cup down the river.’ Inside was a labyrinth of chambers walled with sliding painted screens, with coffered ceilings and fragrant rice straw tatami mat floors, where the women lived.

Living as in the novel…

If you were a great person you travelled by palanquin – which meant instead of walking you sat squashed upside a little box. Very luxurious and very grand but cold in winter and hot in summer and rather dark and very boring! Also if you were very grand the bearers pushed you high in the air then brought you down onto their shoulders then high in the air again – must have made you seasick! 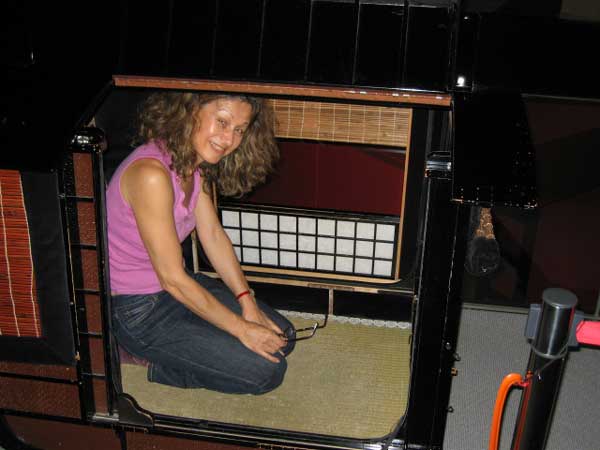 I like the way the Japan do exactly what they say. They’re very precise. You always know exactly where you are. If they say ‘Come over to my place’, you know for sure you’ll get an invitation. There are no empty words.

There are lots of wonderful traditions. I love tea ceremony, which is very precise and crisp – somewhere between tai chi and mass, in that you do each movement just so, you hold your body just so and you end up eating a nice cake and drinking a cup of green tea!

After all these years in Japan I don’t really find any tradition strange any more. I’m not sure if I ever did. I love the way the trains run on time, everything is extremely efficient – and yet people are very laid back.

I always feel that the Japanese work very hard (I know that’s the stereotype) but they also play hard. They’re much better at really letting go and having a good time than we are. In fact they’re quite Mediterranean in their temperament (and Japan is indeed level with the Mediterranean geographically). Hot spring resorts, for example, where you sit in incredibly hot water up to your neck, maybe outside looking across the ocean while the moon rises and the sun sets, are wonderful places. Never having been Christian there is no concept of sin and no need to apologise for having a good time. 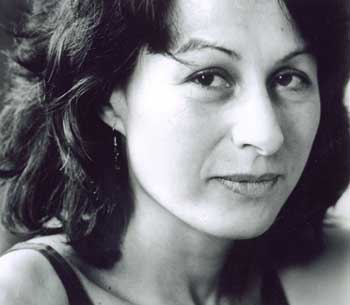 How closely based on truth is the novel?

The people really existed and the events really happened – though as it’s fiction the dialogue is from my imagination and so is the detail. In the end I wanted to tell a good story! But I did my best to make the descriptions of the palace and kimonos as authentic as possible. The hauntings are also from my imagination though Iesada’s previous wives really were as I describe them. The basic story is all true. You’ll find out in the afterword what really happened.

Thank you so much for the lovely chat Lesley!