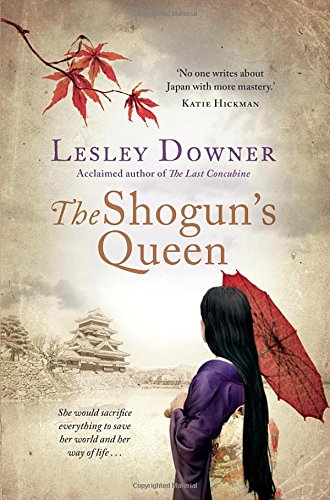 Japan in the 1850s was an unsettling place to be. It is a country increasingly isolated in the world as the British invade and subjugate countries as they travel East to India and parts of China . The black ships are now on the horizon and so the country must take action. The Shogun, is a powerful man who oversees the entire country but it is not as unified as it needs to be in order to protect itself against the outsiders.

Meanwhile,  in Japan’s deep south, Okatsu, or Atsu,as she is known,  is given as a daughter to Lord Nariakira who works in the political arena and who has influence at court. It seems Atsu is his latest pawn with which he can plot his next move and secure the next heir of the country. Or course, Atsu gets no choice in the matter and must do his bidding.

Then the stakes are set even higher when Atsu is groomed to become the wife of the current Shogun, Tokugawa Iesada. Again not her choice and when she finds out that he has outlived two wives already she fears for her life. It’s not just the Shogun she has to manipulate however as the women who live in the palace could be the cause of her biggest downfall yet. But if she doesn’t placate the Shogun and Lord Nariakira, both she and the whole of Japan could be in grave danger.

Edo Castle no longer exists. It’s now the Imperial Palace Tokyo. You can see the vast lawn there where the Women’s Palace once was and imagine how vast it was.

The nearest approximation is Nijo Castle in Kyoto. In fact the city of Kyoto with its hundreds of ancient temples is a wonderful place to go to imagine yourself back in old Japan.  Nijo Castle was the shogun’s pied a terre in Kyoto and – although it’s vast – it was tiny compared to the reality of Edo Castle.

The gold screens and coffered ceilings and creaky nightingale floors and magnificent gardens are all there. It’s a sort of miniature version of what Edo Castle must have been like.

And you could also go to Ibusuki and to Kagoshima where the volcano Sakurajima still belches out black ash. It actually erupted not very long ago and the people living on its slopes had to be evacuated.

The novel is extremely rich and evocative in the detail and historical setting of the time. The rich palaces are sumptuous if not restrictive for the women who must live there – a gilded cage comes to mind. However the dress and the decorum of these women shines through. they are like delicate dolls, on display for the pleasure of men, but in reality there is a steely determination to control their own destiny.

The way they dress – the silk dresses floating across the polished wooden corridors, the colourful displays as they make their way through the cheery gardens, the sliding doors in the palace, the decorum and the lifestyle of the women who each and every second of every day are on display and must do what is expected. Only one man can enter their private quarters and that is the Shogun himself. Despite the beauty however, the views from the window might be beautiful but they reveal what those inside are missing – freedom – of choice and of expression.

There are so many fascinating parts to the life and times here – the art of teeth blackening, the description of a camera as being a “mirror with a memory” gives you an insight into the Japanese way of thinking and of the language as the characters are often interpreted literally.

The claustrophobic nature of the palace and of the country is highlighted even more by the “uguisubari” – the Japanese nightingale floor which alerts those inside to any unwelcome guests. Those Barbarians are getting ever closer. Life in the palaces is an eye opener and the fact this is a true story is awe inspiring. 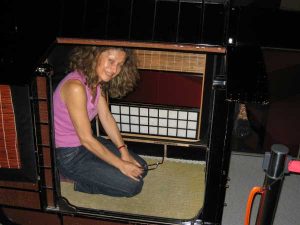 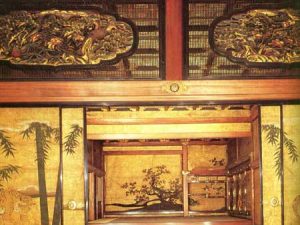 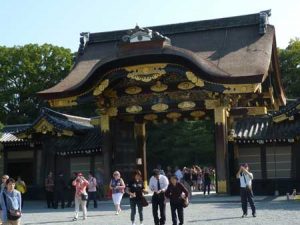 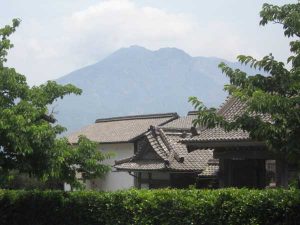 This is a stunning novel. I was captivated from page one – by the writing, the emotion and the fact it was so vividly evoked in every sense of the word. I could see everything Lesley wrote as the pictures got stronger and stronger before engulfing me completely. I swear Lesley must have a time machine and has travelled back to this time and place and everything is just so vivid and enchanting that I was at the heart of the palace and sitting beside Atsu as she was sold from one man to another.

What a remarkably brave and fascinating women. I had no idea this was a true story so many congratulations to Lesley for taking this on and making it not only accessible but endlessly fascinating. I do love history and Japanese history in particular but can’t say I know much about it – if you aren’t even a history fan, this book will enchant you for the story it illustrates of an amazing lady who once played a very special and powerful role in an all male environment. The insights into Japanese history seen through the eyes of those who usually live on the sidelines of history are here, very firmly in their rightful place.

I feared for Atsu, I wanted to try and warn her -(she’s quite capable of what she does however) that’s how powerful this novel is. The ending was remarkable and I was left in awe at both her and Lesley for having taken me on such a wonderful journey. Absolutely spellbinding. Highly recommended !