War-time book set in Amsterdam – A View from The Rooftops

War-time book set in Amsterdam – A View from The Rooftops – Would you risk your life to save just one person? An incredible story of love, hope and friendship, and a testament to humanity and courage in history’s darkest days. This story is more remarkable since it’s inspired by a real life person and situation. It’s unbelievably humbling and astonishing to read. 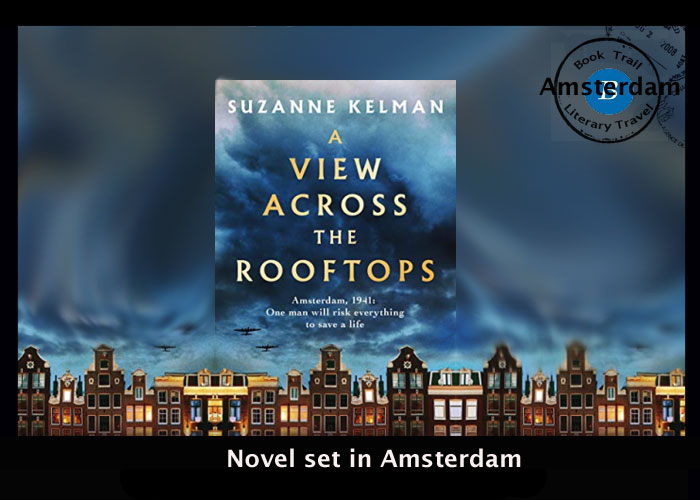 Setting: Amsterdam during the war

There are numerous books out there about normal and humble Dutch citizens who risked their lives to help the Jews during the war. All of them remarkable. I mean, the risks they were taking, but the sheer humanity and emotions which made them have to do it. I can’t imagine the heartbreak and anguish of being in a situation like that for either the Dutch people who took them in or for the Jews themselves. Persecuted for religion? Seems like we never learn. I think that’s why these books are so important to read. I am in awe of all of those who helped the Jewish people who survived such an ordeal beyond words.

This story is especially remarkable as it’s about an ordinary professor, a man you might not think is capable of anything extraordinary. He was a maths professor and is now retired. Living a simple unassuming life until he has to make a decision that will change his life and that of his friend.  He ensures that he shows symptoms of a disease so that he can get urgent medicines. The medicine is not for him however, but for a Jewish friend who is suffering from the same disease. If that is not humanity at it’s finest, I don’t know what is. The story explains and explores his reasoning, what happens next and puts that in the context of a city on the edge, where everyone is pushed to extremes. This novel floored me. What a man!

With the horrors of the Jewish persecution ongoing, this novel shows one light in the darkness and it’s a homage to all that is good in the world. I think this novel will make you tear up when you realise it’s based on a very real story and very real man.

BookTrail Boarding Pass: A View Across the Rooftops