The Paris Library by Janet Skeslien Charles  – The title grabbed me long before the story did. A library. Paris? Well, that was me sold from the very start. The best thing is that it’s not just a story about books in the city of love, it’s a story about the power of books and how books can really save someone.

The most amazing thing is that the novel also puts a spotlight on a little known period of history. During WWII, an American librarian who worked in the US library in Paris, created the Soldiers Service which was a way of getting books to servicemen and women. This was a time when the Nazis were banning books and curtailing freedoms across the city. They banned the Jews who weren’t allowed to enter libraries at all. 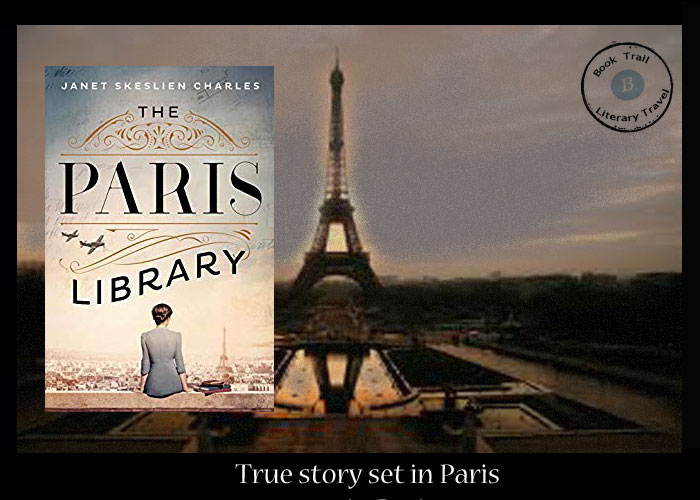 It’s fair to say that this book was a joy to read as well as being a fascinating history lesson. The librarian, Miss Reeder, defied the Nazis and the so-called Bibliotheksschutz by delivering books to Jewish readers after they were forbidden from entering the library. Imagine living through such dangerous times and still having the clarity of mind and the humanity to go against the Nazis and defy them? I was in awe reading this and still am. How do we not know of people like this when studying WWII in schools?

The book was also a little history lesson in many ways as the book looks at the way the Dewey Decimal number system came to be. 813 (American) + 840 (French) + 302.34 (friendship). A booknerd like me loves this kind of detail. I could feel my fingers aching to get hold of some filing cards.

We find out about this library many miles away in Montana where teenager Lily interviews her French neighbour, Odile, for a School project.  She starts to wonder what else Odile has to tell. There seems to be so much that Odile isn’t saying and Lily (as did I) becomes fascinated with the woman’s story. This was a lovely part of the book and to see these two women become such good friends was heartwarming. I want to find an old French woman to talk to now! There were lovely scenes here when Odile learned French words as the history and the books really came to life more because of it.

With flashbacks from the present to the past, Odile’s story comes to the fore. She realised quite quickly that libraries and reading would suffer, and that Jews would be the hardest hit. As well as dealing with requests from soldiers, she takes it upon herself to not forget their core readers and those who will soon be barred. What a special lady she was. Wait until you learn of what she did to get the books past the various checkpoints and suspicious looks.

Odile was an anomaly of sorts as she wasn’t the most talkative or outgoing.She’s quite a lonely character but I enjoyed watching her develop and change for the better.  They say it’s the quiet ones you have to look out for and Odile is the one you need beside you in a crisis.

Oh and the people who came into the library or who borrowed the books from outside! They too kept the secret library service alive and well. I couldn’t help cheering their efforts and it was poignant to realise that they were putting up their bookthumbed finger up at the Nazis. A small fight but an important one.

A fascinating book. An ode to librarians and booksellers everywhere. A nod to the power of books and readers. Highly recommended