Sunset is in full swing in Los Angeles

There’s good novels and there’s great novels. This is the final installment of the City Blues Quartet novels and it’s a real humdinger of a story. Don’t read the author note before the novel itself. I didn’t and am so pleased I didn’t know certain things before I read the entire book. That shock is well worth waiting for.

A young nurse, Kerry Gaudet, travels to the City of Angels desperate to find her missing brother. Ida Young, recently retired Private Investigator, is dragged into helping the police when a young woman is discovered murdered in her motel room.  Meanwhile mob fixer Dante Sanfelippo must do one final favour for the Mob before leaving town.  Then there’s Louis Armstrong who flies into the city as her investigation becomes ever more dangerous ….. 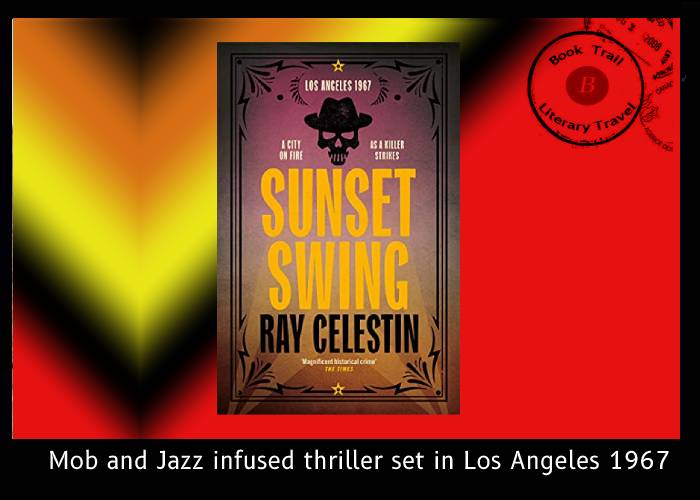 Los Angeles is a city on the edge!

IT’s straight to the city of Angels. However, the angels here seem to have blood dripping from their wings.  Not far fom the Hollywood sign, we visit Vacaville prison where hewly released inmates are turning up dead around Los Angeles. There’s a link but police are finding it hard to determine what that is. Enter Ida from previous novels and the Pinkerton Agency who is forced out of retirement as one of the victims seemed to know her….. Then there’s Louis Armstrong and the story of jazz and of a famous song is a lovely addition to the criminal elements of the novel.

Once again, the folklore and culture of the novel’s setting is a focal point of the story. There’s dancing skeletons and all sorts of folkloric threads to enjoy. I always learn something spooky with Ray’s novels. It all sounds so fascinating!

Los Angeles is a city on the edge.  We follow several people who have come to this city for a reason. Slowly but surely each one gets swallowed in the city’s belly only to be spat out in various stages of decomposition.

It’s supposed to be the city of dreams and Hollywood and we’re given contrasting views of this city every which way. The sparkles are there, but the dark shadows or murder and violence, not to mention the dust of the Santa Ana wind soon envelopes and smothers those who live here and the dreams which still linger.

From the bowels of the city, the reader gets to experience the morass along with the mafia, prison staff, police investigators and the victims family members. You might feel dirty, hot and sweaty at the end. Totally worth it.

This is cinematic, awe-inspiring and with the historical afternote, this raises the bar of excellence even more.

This series HAS to be a film box set at some point. If they’re even half as good as the way they play out in my mind, then I’d expect them to win Oscars.