Swedish writer with a new genre of fiction

I’ve discovered a  new genre of books this week. Elegant Crime – A Swedish author named Denise Rudberg writes it. Well, that got me intrigued so off I went to the nearest bookshop to have a look. It’s a style she’s named herself I believe as she writes about the life and times of those in the upper classes. Those who work as lawyers for example. Ladies who lunch. Those with more money than sense? Well they make fascinating characters!

In the series, Marianne Jidhoff is a middle-aged  prosecutor who is herself widowed but tries to solve the crimes and entanglements created by the upper classes of Stockholm. I am intrigued! Which one to read first I thought? they’ve also been made into films which I’m going to track down. This sounds interesting!

I mean just look at the cover of this one! The gold embossed lettering and elegant staircase looks very intriguing.. 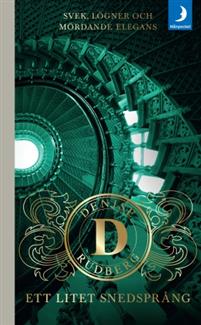 But just before I could decide which book to buy, a bookseller saw me looking at the books and pointed me to another series the author has written – historical fiction set in Sweden about the code breakers during the war. A Swedish Bletchley Circle I thought! Take me to them!

She did….and there’s two in the series so far. 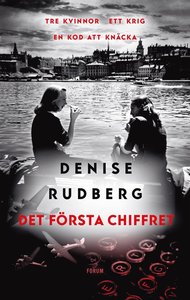 Three women’s lives change forever during the Nazi threat to the world. Signe, Elisabeth and Iris are chosen by the government to crack the German code through signal reconnaissance.

Signe moves from the country to the big city. Elisabeth resigns from her job under dramatic circumstances. Iris escapes from Estonia with her two sons. 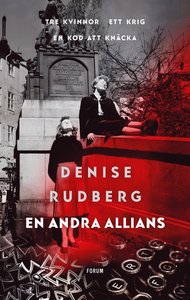 The second in the series is just out in HB:  The Second Alliance – This takes on the story of the three women but Nazi Germany is becoming stronger and on midsummer 1941, the Germans enter Russia under the code name Operation Barbarossa….

Now THAT sounds like a great series. Do I go with this or the Elegant Crime series. Why both of course, what a silly question. Historical crime always gets me though so I’m now reading The First Cipher and will report back.