Scotland home of the brave. Edinburgh – home of The Breakers

Scottish Noir – Edinburgh Breakers – Doug Johstone is the king of Edinburgh Noir. This is the darkest Noir of the city this time since it delves into some of the most deprived areas of Edinburgh. The city of haves and have nots. The city where the have-nothing- at- alls have to try and do what they can to survive. Edinburgh seems to be riddled with gangs and breakers. But one boy feels he belongs to the wrong family and tries to break out. But is this the kind of life you can leave without looking back?

BookTrail Travel to Edinburgh locations in The Breakers 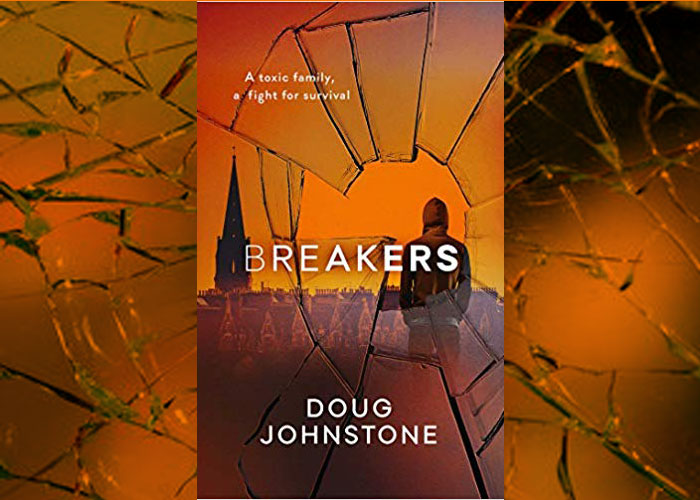 Setting: The secret and hidden city of Edinburgh

Doug Johnstone has taken me to some gritty places via his books. I’ve lived in Edinburgh but have never seen this side of the city thank goodness. It’s a unique and gripping premise though; following the house breakers around the city as they case joint after joint.

It makes for uncomfortable reading at times. People who steal from others are hardly going to be sympathetic characters are they? Except some of these are. Tyler and his family are from the wrong side of the track and have struggled with life from day one. Their version of life, of the daily grind, of how to survive in an increasingly expensive world is very different from the comfortable version many people have. Doug never excuses them but paints a stained picture of honour, commitment and doing their best when life throws one pile of rubbish after another at them.

This gritty insight paints Edinburgh in a non too favourable light. However, this is a city of rich and poor, of haves and have nots and is typical of any city across the world really. Except, Edinburgh seems to have extremes; houses with turrets and wastegrounds where gangs have to hang out. Craigmillar Castle features as the icon of the area where most of the action takes place. A historically impressive caste – surrounded not by a moat, but the poorest of the city. An icon of wealth bearing down on Tyler and his family.

Doug writes gritty grimy crime fiction like no-one else. It’s  a raw visceral visit this one. Top notch writing and dialogue which spits out at you from the page.