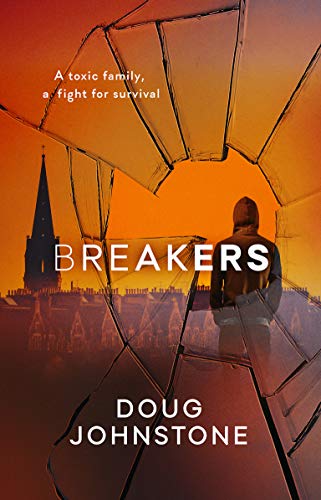 2000s: Life in Edinburgh for the breakers is a fight to survive

Seventeen-year-old Tyler lives in one of Edinburgh’s most deprived areas. Coerced into robbing rich people’s homes by his bullying older siblings, he’s also trying to care for his little sister and his drug-addict mum.

On a job, his brother Barry stabs a homeowner and leaves her for dead, but that’s just the beginning of their nightmare, because the woman is the wife of Edinburgh’s biggest crime lord, Deke Holt.

With the police and the Holts closing in, and his shattered family in devastating danger, Tyler meets posh girl Flick in another stranger’s house, and he thinks she may just be his salvation … unless he drags her down too.

Travel to Edinburgh with The BookTrail

This is  a side to the city you never want to see or experience in real life. The Breakers are those who break into homes. Those who live in the most deprived areas of the city and who roam around the nicest ones looking for houses to steal from.

The poor areas of the city are noted as being Niddrie and the Craigmillar areas and this is where most of the breakers in the story seem to live. They head over to the nicer areas where houses are bigger and more expensive such as Morningside and Merchiston. Dick Place is where they say the houses look as if they have turrets. Million dollar homes are located here and along the Blackford Road.

Bean and his family live in the Greendykes House in the Craigmillar area and hang out around the areas clubs and wasteland  making deals and planning recces.

This is a thriller which takes you to the bowels of the city, the desperation of those who live in them, and the contrast of the city where money lines the streets. The city of haves and have nots but these people are going to take what they want. A harsh environment.

Doug writes gritty grimy crime fiction like no-one else. It’s  a raw visceral visit this one. Top notch writing and dialogue which spits out at you from the page….