There was an interesting article in the Sunday Post this week and it’s not a paper I usually read but a kind neighbour came around with the magazine inside it which often features articles on books, authors and interviews of the literary kind. 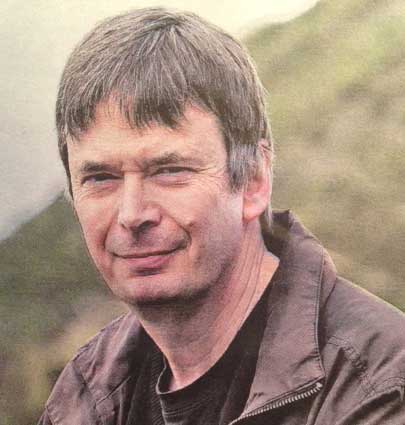 The Sunday Post article was long and very interesting but here is a potted history for Rebus fans to digest if you haven’t got a kindly neighbour such as mine..

Ian went to a caravan park here as a child and would play cards with his family during the holidays. The experience and memories would later become part of Rebus and the types of holiday he has when he gets the chance

Now Edinburgh is the place to go for Rebus fans and of course the Oxford Bar on  Young Street in the city is the place Ian first went to when he started to write the Rebus novels and decided that this would be his local since “there were no bells and whistles, no juke box and no food. Just beer and conversation”

Holyrood park features heavily in many of the Rebus novels and one of the police stations where Rebus works is here with a view of the Salisbury Crags and  Arthur’s Seat. This is where Rebus ‘ had a word’ with a murder suspect and you can feel the insolation and the fierce wind that would have battered that experience for them both! 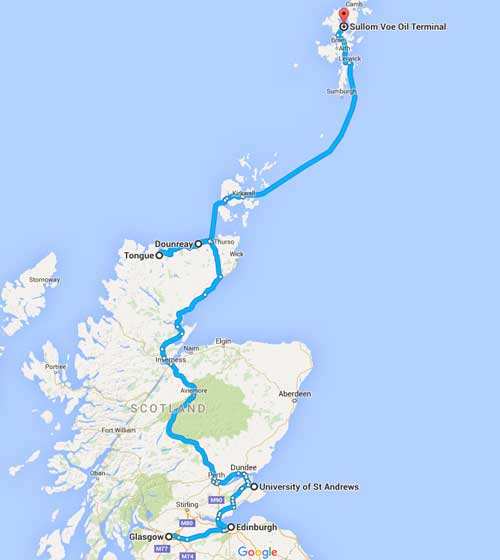 Black and Blue is a novel featuring the oil industry and Rebus goes up to Sullom Voe and the Broch of Mousa. There is an iron Age roundhouse there and a lot of  history and culture. A bit of a culture shock from Edinburgh according to Ian but a fantastic place to explore and see another side of Rebus’s Scotland.

Rebus’ daughter Samant lives up near Tongue and her husband is working atDounreay as part of the team dismantling the nuclear plant. Ian Rankin loves to drive up here amidst the lunar landscape and it’s another link to Rebus and his life.

Rebus goes to Glasgow in one of the earlynovels and gives evidence but before he does so he spends a bit of time at Paddy’s Market. To find out more about working class life in the city that fascinates both Ian and Rebus, you should head here:

That Rebus really is one great guide to Scotland – I am now off to give my lovely  neighbour an Ian Rankin novel as a thank you. It’s one I know he hasn’t got  – well he did have it but he left it in a pub once he said. He likes to read it “where Rebus might just walk in”. Might have been the Oxford Bar. In fact it probably was…