Intergration and Assimilation in Paris by Mahir Guven

What does it really mean to be from one country but live in another? Can you truly feel one nationality if you’ve never been to your homeland. If your parents are from two places, where do you belong? If those countries are France and Syria, how can you live side by side when you are always judged to be a terrorist of sorts?

Lots of questions in this novel. It’s very thought-provoking and best to delve into with an open and curious mind…. 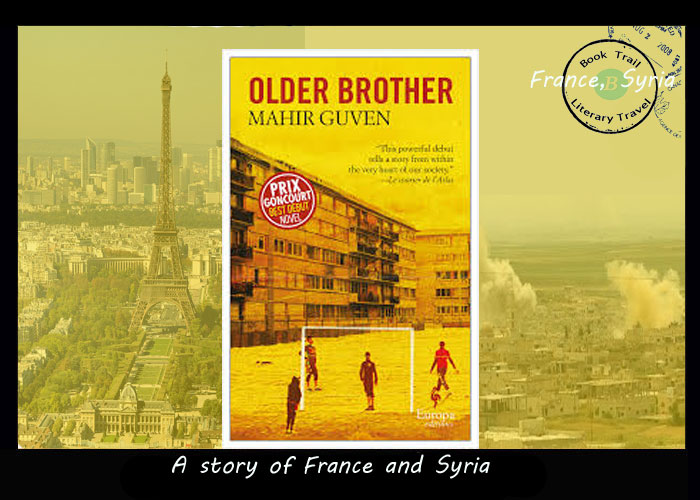 There are some novels that you have to class as an experience. A book can take you to a place and time, allow you to meet people and experience life as you might never normally do. Older Brother does all of this and more. It gets inside your head and makes you think. It made me really think.

How must it really feel for a immigrant Muslim family to have grown up in Paris, whilst never really feeling like this is their home? Their father a refugee from many years earlier, he married his French wife and had two sons. They are both Franco-Syrian and it’s through their eyes, via chapters entitled ‘Older Brother’ and ‘Younger Brother’ how we learn about what this kind of life might be like.

What must it feel like to not feel at home in Paris, or in your homeland of Syria? 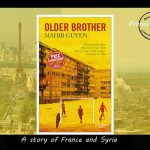 This study of contrast and outsider syndrome can be felt on many levels. What was particularly interesting was the fact that the father had set himself up and integrated to some degree whilst driving a taxi. His oldest son does the same, but by now, things have changed and the taxi is an Uber. Ubers are of course not liked by traditional taxi drivers and so this is yet another barrier between traditional taxi drivers (his father) and the younger Uber generation. The Younger Son is believed to be working for a Humanitarian Society who helps injured Muslim people in Syria. Was he spotted in a train station in the French capital though?

The confusion, constant driving around builds up a great sense of confusion and sense of loss. There is no direction in their lives, they wander, they search for answers yet don’t know where their own brother and son might be. Where in fact are they? Physically in France, but their hearts and minds are another thing.

There is a lot of brotherly love here. They have to stick together. All in the same boat etc. Yet the Older Brother is torn between wondering where his brother is and hating him for being away and hurting his family. They can’t be sure if he’s doing good in the Humanitarian society or is there helping Jihadi fighters. A love for ones homeland and sense of belonging is a powerful force indeed.

What would happen if the brother returned? Do we find out? That is a major thread in the novel and I’m going to stop saying anymore as you really have to go into this not knowing and wondering. The ending surprised and shocked me. But it lingered. I’m still thinking about it and feel this would be ideal for a bookclub or discussion. There are so many issues I hadn’t really thought about such as how tricky that level of family loyalty might be.

What really made me smile however was the many moments of humour in the novel (how you can’t scam a French couple in an Uber otherwise they’ll vote for the National Front). This was just one of many ways that the author injected humour in such a clever way that you ended up smiling at something serious, but then got the heart, soul and raw emotion from it.

A very interesting read this one. Recommended.