A snapshot of life in Kiev – Snegurochka

Novel of Kiev  – This book’s title grabbed me at first. What does it mean and what is this novel going to be about? Like the cover, this is a snapshot of life in Kiev just after Ukraine has been freed from the control of the Soviet Union. There are layers of stories, characters to remember and an insight into life at a key moment of history. 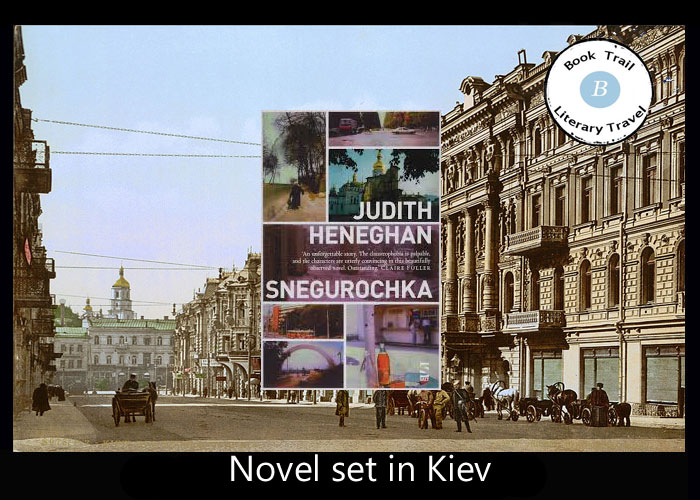 Setting: A city just as it’s going through some major upheaval

I went into this book not knowing what the title meant. I only looked it up a few chapters in and it brings a new meaning to the novel! This is something I mention this at the end of the review for those of you who want to keep the magic until later. This is a story rooted in the heart and soul of Kiev, Ukraine and the surrounding Russian heartland.

Ukraine has just gained independence from the Soviet Union. It’s 1992 but the consequences of the Chernobyl disaster of 1986 are still being felt.

This is the background against which Rachel and her husband Lucas come with their baby to start a new life. He is to start a new job and they take an apartment to a room on the thirteenth floor of a block. Now that set the scene for me straight away. A balcony on the unlucky 13th floor with a baby? Understandably, she becomes nervous and paranoid about living there. Lucas is busy working so can’t and doesn’t see what is happening at home.

She makes friends with other people in the building and it’s from these people that she comes to depend upon. Remember that life is hard in general at this time and that goods which are hard to come by; food, clothes and anything else really brings high prices, gangs and chancers. There is a real sense of unease during the book and you get to see a real glimpse of what life must have been like. What must have it been like to feel as if you were being watched for example? The Russians might have left but their presence is still very much there.

I think the cover is particularly clever as the snapshots of the city of Kiev very much reflect what’s inside; snapshots of life itself. You really get under the skin of this city, its people and the nuances of both.

And going back to that title: Snegurochka is the name of the Snow Maiden who is a unique character of Russian folklore. Folklore, fantasy and history merge into what makes a fascinating picture and insight into the heart and soul of a city and its people.

1452: The story behind one of Da Vinci’s most iconic paintings