The Leviathan by Rosie Andrews

What is a Leviathan I hear you ask? I had no idea before reading this novel but I have read so much since. It’s a Leviathan is a demonic sea serpent noted in theology and mythology. It is referenced in several books of the Hebrew Bible and other texts. It is also noted for being a very strong symbol of the dangers of the sea, and the power that the sea possesses… 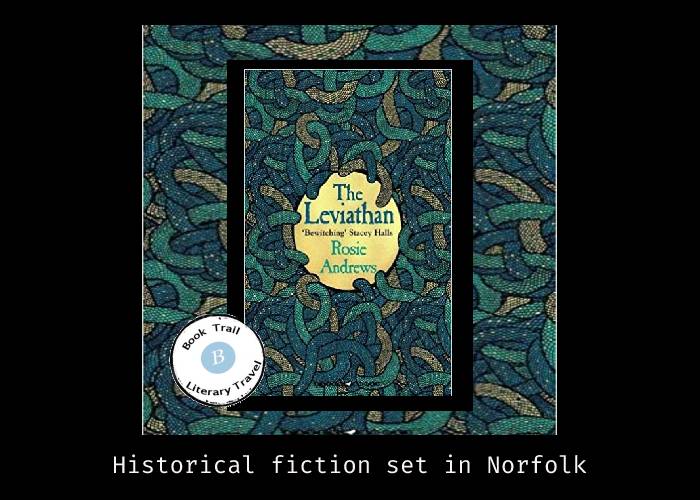 Destination : Berkshire. The rural communities of Norfolk and the legends which reside there

Genre: Historical fiction set in Norfolk. A Leviathan is a mythical sea creature….

Food and drink to accompany: Something from the sea!

I had no idea what a Leviathan was before going into this novel. I do now! It is a symbol of chaos, a demonic sea serpent and is mentioned in many religious texts.

With that in mind, we follow the story of Thomas Treadwater who returns from the civil war, as he has received a letter from his sister, asking for help. She has accused a servant of bewitching their father and when he gets to see him, the father is dying and the so-called witch has been banished to prison.

What follows is a story of legend, family, loyalty and betrayal. The time and setting in the novel is Norfolk and this was when the religious fervour was at its height. More importantly, there was something else which controlled people’s lives  at that time. I couldn’t believe how horrific the witch hunts were. If a man decided a woman was a witch, they accused her of anything to get her committed.

Luckily, Thomas is not one of these men as he goes out of his way to try and find the truth of what happened to their father. When all is said and done, what did the servant do to their father? He seems to be the only one who wants to discover the truth to help this poor woman. However, what he finds out may well break him…

All in all, a wonderfully compelling read. I thought the novel was fresh and invigorating. The supernatural, gothic overtones were deliciously chilling!