Letters from a Murderer by John Matthews

Letters from a Murderer is a novel written by John Matthews – about the chance that Jack the Ripper may have escaped and ended up in New York..This is a letter about how the novel came to be…by John Matthews: 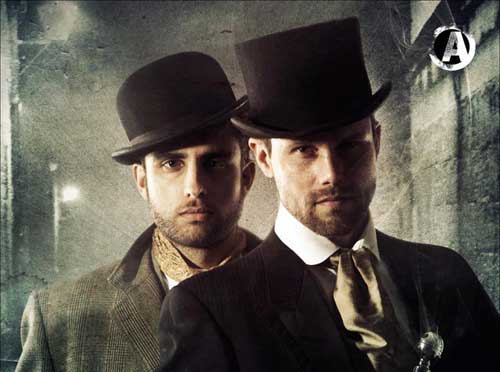 I was in fact first approached about this book by my agent, Robert Kirby. A documentary film-maker he represented had made a programme for the ‘Discovery Channel’ which explored whether Jack the Ripper might indeed have continued his killing spree 18 months later in New York. Since the murders in London had all stopped abruptly in 1890, it was always assumed that the ‘Ripper’ had either been imprisoned for other crimes or was dead.

This alternate theory of a murder spree continuing in 1891 New York my agent thought might be fertile ground for a fictional series. My first thought was that the Ripper had been done many times before, even Patricia Cornwell had had a ‘stab’ at it (if you’ll excuse the pun). But the fresh ground of New York certainly hadn’t been done before and intrigued me. Also, given the success of recent Sherlock Holmes dramas in both TV and film, bringing the character to an entirely new audience 100 years on, I felt Americans in particular would ‘die’ to have their own ‘Holmes’ style crime-fighting duo – albeit that one of them is a transposed English pathologist in the form of Finley Jameson and the other a young, tough non-nonsense anti-corruption cop, Joseph Argenti (a model for the later ‘untouchables’ if you will). And this was in fact a trio with Lawrence, Jameson’s memory-man Asperger’s syndrome assistant.

Once the die was cast on these main characters, the rest fell swiftly into place. The decision was made with my agent that they were far too strong to have just one crime-fighting adventure, they warranted a series, and so I started looking at other areas I wanted that series to make its mark.

The first thing to strike me was that books with the tag ‘historical thriller’ were often slow and pedantic, as if the pace of that bygone age had to also be reflected in prose. However, in the course of research I discovered that there was a harder, grittier edge to many aspects of life in the late 1900s, particularly in a fast-changing city like New York, and this should be reflected too. 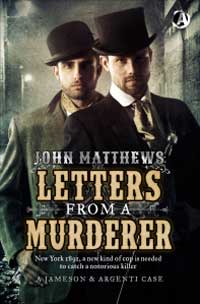 Also a key factor with past ‘Ripper’ books had been that his victims were described remotely. We learned little about them, and certainly not their inner thoughts or what drove them. The main interest was built purely around the gore and sensation of the murders and the inability of the police to capture the Ripper. Worse still was the factor that their trade was looked down upon at the time, so this somewhat lessened sympathy for them, almost as if they were ‘asking for it’ given their line of work, or made them of lesser importance. I wanted to redress that balance, particularly given that at the time there was no social welfare net. For many women it therefore might have been the only option to feed their children.

In ‘Letters’, we get closer to the victims and understand their plight. Many scenes are in fact seen from their POV, and we also get deeper inside Ellie Cullen’s little commune. This not only helps build reader sympathy, but gives a sharper edge when others might become potential victims. This therefore plumbs a somewhat fresh woman’s angle in this genre (certainly from past Ripper books), and that theme would also be developed further in the series, through Ellie Cullen and others.

The gangland aspects of New York in 1891 was something I felt could not ignored. Set slap-bang between ‘Gangs of New York’ and ‘Boardwalk Empire’ eras, you’d hardly expect crime investigations to be taking place ‘cosy-style’ in drawing rooms over tea meanwhile. So a lot of the action is set in the meaner back alleys, sewers and run-down tenement blocks of the east side, either in confrontations with the city’s leading gangster, Michael Tierney, or in pursuit of the Ripper.

So those looking for a ‘cosy’ style mystery might be disappointed, might find their tea tipping in their laps in the opening chapters – but those seeking something darker and harder-edged, would hopefully find their thirst quenched.

I held the piece of paper in my hand for a while after reading the words on it,  honoured in the knowledge that he who had written Letters from a Murderer had written me a letter of my very own.

A letter to treasure

About a book to devour