I like to think that Gabriel García Márquez was my Spanish teacher. 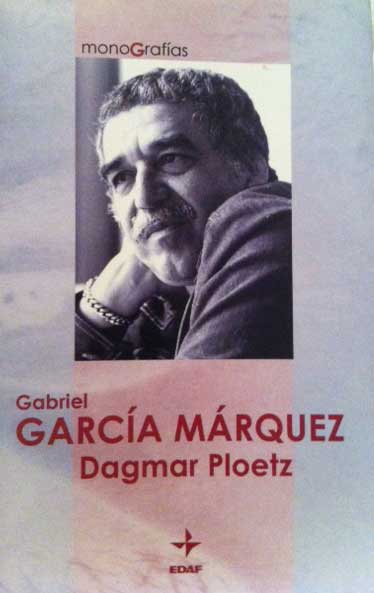 He was in many ways and it’s from his pen that I saw the words on the page which would soon become part of my own vocabulary. No one writes to the colonel was the first novel of his I read  and will always remember the beauty of the words. About the colonel who is lonely and of the chicken who pecks the corn each day. It was an eye opener in many ways as it was a long novel at the time for me to read but I read and understood it and the sense of satisfaction was huge. Even the word at the end – Mierda – I remember even writing that down. Could be useful I told myself. Got to know the slang and the everyday language as well.

This man also wrote one of my favourite novels – The Chronicle of a Death Foretold – Angela Vicario is the main woman character in this novel. She is due to be married but on her wedding night her husband discovers she is not a virgin so he returns her to her brother’s house. The two brothers then track down the man she says took her virginity and she gives them the name of Santiago Nasar. The brothers then set out to kill him, telling people of their plans. Everyone knows, including the reader that they will see their plan through.

Garcia Marquez writes a lot about women as a whole in most of his books and he particularly describes how things such as courtship, is not such a simple thing in some countries as in others. It is symbolic in his works as a way of demonstrating the man’s affluence and power rather than to see the lovers fall deeper in love.

I found this book fascinating for its treatment of women and loved becoming involved in the Colombian world of Marquez. His descriptions were so vivid and the magical realism so captivating, that I thought I was there, right in that seaside town. Its supposedly based on the real town of Sucre (sugar in Spanish) and Marquez is said to have returned there to investigate a murder committed 20 years previous. So the novel could be seen as a journalistic account of events in the town and so making its treatment of women even more real.

This is one fascinating man – he’s written so much and such varied books that there is a wealth of places to visit thanks to his books. Words to learn and magical realism to immerse myself in