There’s a new bookclub in town and if you love translated fiction, boy are you in for a treat! The BookTrail was invited over to chat to this lovely bunch of people who have just launched a book subscription service for book lovers who love fiction from all over the world! 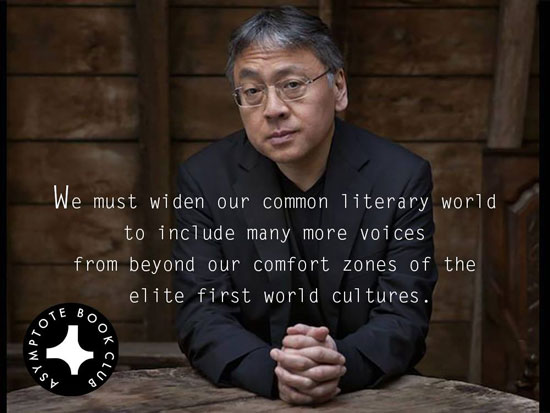 Lee Yew Leong is the founder of Asymptote and winner of the 2015 London Book Fair Award for Literary Translation Initiative…..

So, tell us about this book club and subscription service!

The idea of the Asymptote Book Club is to take the important work we are doing with our award-winning, free online journal as well as our Translation Tuesday showcases at the Guardian—that is to say, showcasing the best new writing from around the world, and giving it a physical presence outside of the virtual arena. To that end, we will be providing an online discussion space just for our book club members and facilitating physical meet-ups in major cities, so that the discussion can continue off the page.

Curation is a big part of what makes the book club special. We have a large team of editors based in six continents to research and pick the best titles available from a wide variety of publishers. Subscribers will receive a brand-new (just published or, in many cases, not even in the bookshops yet), surprise work of fiction delivered to their door each month. This is another thing that distinguishes us from a few other book clubs before us: we pick from new releases only—nothing from a backlist that readers may already have on their bookshelves. 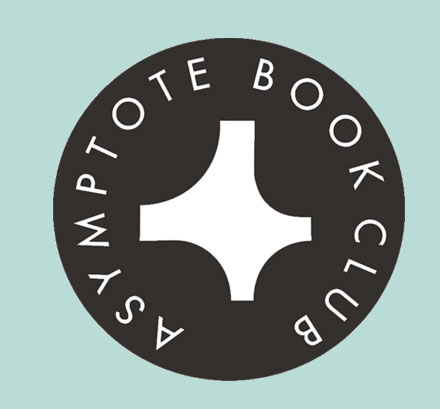 Subscriptions are for three or 12 months (for as little as USD15 a month, shipping included!) and, depending on the package the subscriber chooses, they may receive additional perks in the form of Asymptote merchandise and ebooks, but the real focus here is on creating a serious book club for a dedicated reading public. Many subscription services focus as much on the gifts as the books themselves, but we do not see ourselves as experts in tea or socks, so we’re concentrating rather on ensuring the readers get their hands on the most amazing literature we can source, applying the same curatorial instincts that won us a London Book Fair Award in 2015.

It focuses on fiction set across the world and translated fiction-why is this so important to you?

Asymptote has, to date, published new writing from 113 countries in 97 languages, by beloved authors and translators such as J. M. Coetzee, Yoko Tawada, Lydia Davis, and Ismail Kadare—as well as authors appearing in English for the first time, such as Maryam Madjidi, winner of the 2017 Prix Goncourt for a first novel. We do what we do because we believe that literature in translation is already of interest to a much wider audience than just translators or translation enthusiasts—although we count many of those among our readers too—but that there is a real appetite for international literature that is simply not being met by the traditional sources.

In the UK, for example, the percentage of all translated books published that would be considered literary fiction is around 3.5%; yet these titles punch well above their weight to account for 7% of sales. This shows that, even in a country with a very low percentage of books in translation, people want to read foreign fiction. 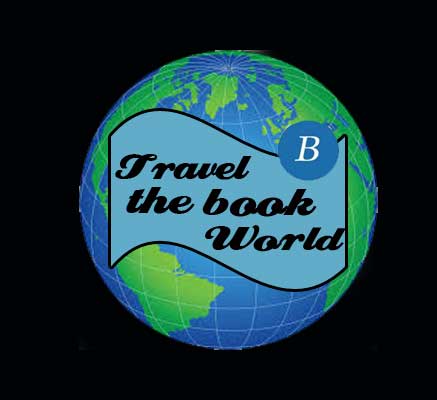 We want to be there for these readers, but we also want to play a role in growing this community of world literature readers, while advocating for greater inclusiveness in the world literature canon: there’s currently a bias toward European works, for instance, at the expense of what is available in other continents. One of my Assistant Managing Editors, Sam Carter, recently pointed out that nine of the last ten Nobel Prizewinners in Literature were working from European languages. This should be recognized as a failing not just on the part of the Nobel Prize judging committee, but also on the part of mainstream publishers working out of their New York or London offices, who don’t get out of their comfort zone more often to advocate for literature from other continents. 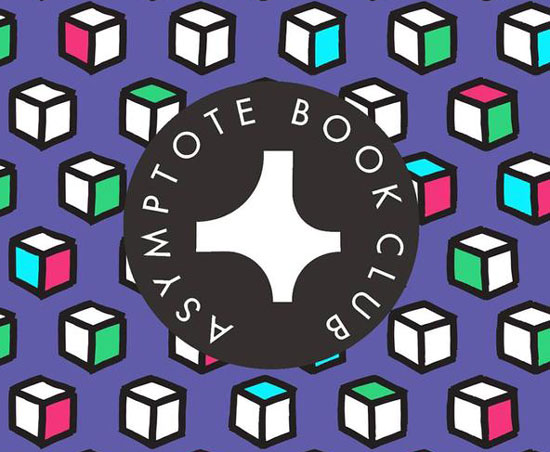 We believe that in an age of growing divisiveness (think Brexit, border walls, travel bans), translated fiction can play a role in bridging understanding and fostering empathy for groups of people who have been unjustly othered. That’s why, for example, within three months of the original travel ban being issued, we put together a showcase of new writing from the seven Muslim-majority nations targeted by Trump, not just as a show of solidarity—we wanted to counter alternative facts by giving a platform for real lived experience told through stories written originally in other languages (Arabic and Persian, to name just two)—but newly translated into English, so that these stories highlighting our common humanity might be unlocked for those who have no idea what it is like to be from these countries. This anthology will in fact be given as an ebook to welcome all incoming Book Club members.

Can you tell us some upcoming books or ones you recommend?

Well, the Asymptote Book Club titles are a surprise for our readers until they receive them, so that would be giving the game away! But we will be working with, as I mentioned, independent presses like & Other Stories, Open Letter, Archipelago Books, who work so hard behind the scenes to bring us world literature.
As for what I personally recommend, I had to elaborate my pick for my Book of the Year recently for a blog. I chose the Taiwanese author Wu He’s Remains of Life (translated by Michael Berry and released by Columbia University Press in April 2017). To research and write this novel, Wu He disappeared from the literary scene for two decades, only to reemerge with this masterpiece in 1999, which collected virtually every major national literary award upon publication. It took the very gifted translator Michael Berry more than a decade to bring into English this milestone experimental work that is also a mesmerizing story. Wu He has been compared favorably to W. G. Sebald for his stream-of-consciousness writing, and Remains of Life, in large part because of Michael Berry’s translation, is an accomplished work of art that deserves greater attention. 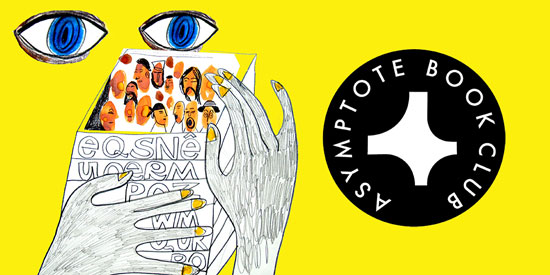 Which language would you like to be able to read in?

Spanish, probably. Being able to read Spanish would unlock the largest number of works in the original language by favorite authors whom I have previously only had access to in English translation.

Mine is rather prosaic, I’m afraid—because it’s out of necessity. A Korean Fiction showcase is in the pipeline for 2018, so I’ll be reading as much Korean fiction as I can get my hands on.

Lee Yew Leong is the founder of Asymptote, winner of the 2015 London Book Fair Award for Literary Translation Initiative. As Asymptote’s fiction editor and editor-in-chief, Yew Leong curated 70 Weekly Translation Tuesday showcases at The Guardian from 2015-2017. Based in Taipei, he works as a freelance editor and translator of contemporary Taiwanese literature. Among the three book-length works he has translated, Fu-chen Lo’s From Taiwan to the World and Back is the most recent publication. Winner of the James Assatly Memorial Prize for Fiction (Brown University), he has written for The New York Times, among others, and also served as one of the judges for PEN International’s 2016 New Voices Award.