BookTrail Travels with books in October

Fall into some great books this October

There’s a great line from the novel Anne of Green Gables by L.M. Montgomery, which says “I’m so glad I live in a world where there are Octobers.” This is very true. Certainly for booklovers as the nights get darker, the fires are lit and hot chocolate is in the air. Basically, it’s even more cosy to read a good book. Rainy, cold weather? That’s no problem when you have a gret book to look forward to! 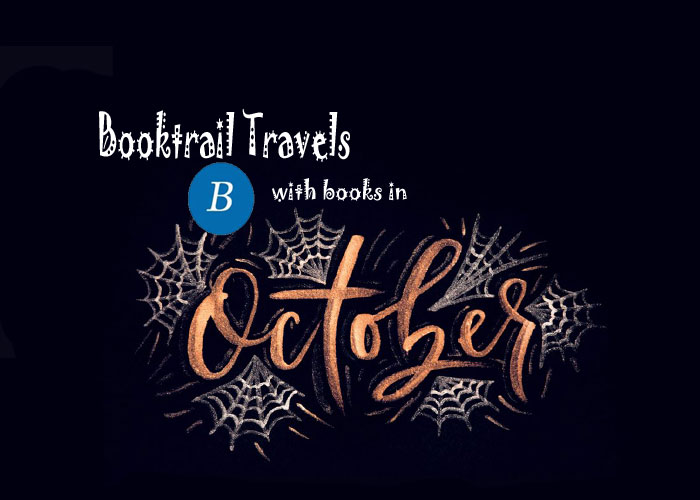 There’s  HALLOWEEN coming up too so what better time is there for horror and spooky reads!? There might be one or two below, but that requires a post on its own to be fair, so for now, the best books out in October…..

I have been banging on about this book for a while now but it’s out on the spookiest day of the year and that’s the day you should go out and buy it and then tuck yourself in your blood-red blanket to read!

The Lost Ones by Anita Frank

There’s so much I want to say about this book but so much I don’t as it will spoil you discovering the tasty treats within. It’s the apple dunking equivalent of Halloween reading. Never quite sure what you are getting, but when you come up for air – tricks and treats in store! The setting might be fictional but it’s the most gothic, creepy house I’ve ever visited in a novel and it’s a great plot, atmosphere and characters too. Then there’s the mysteries on the side! Deadly and delectably delicious.

The Imposter by L J Ross

If you love DCI Ryan and the writing of L J Ross, then you are going to love this new series. Book one sets the scene with so much more goodness to come. Great new characters,a  wonderful new setting and a really intriguing premise! Discover this blind with the Ross assurance of great plot, characters, detail and enjoyment of a tantalising read.

One Winter Morning by Isabelle Broom

Following the spooky goings on and the detective dramas above, take time out to really snuggle down for a rest with the latest from Isabelle Broom. This beauty is set in Queenstown and the Otago region of New Zealand and you are really going to want to go there after reading this. Heck, probably during the reading itself!

It’s a wonderful heartwarming yet heartbreaking story. That poor woman who goes in search of her mother! The mother who we learn about via her diaries and her thoughts as we follow her journey too. Then there’s the setting of a fantastic horse riding school/farm in NZ where there’s a rather fit guy called Kit and a cheeky horse named Keith! You get to play golf frisbee and learn some cheeky sounding NZ slang.

All the stars and then some. This book made me happy and warm inside so keep this on your list people for when it comes out!

The Sun Sister by Lucinda Riley

And there’s always time for some Winter Sun! It of course comes in the form of The Sun Sister, the latest installment of the Seven Sisters series from Lucinda Riley. This is such a good immersive series that I urge you to read it from the start and then carry on with this one as each sister has their story told and its becoming one compelling web of intrigue, let me tell you!

Catch up here in readiness:  Locations in the novels of Lucinda Riley

The Noble Path by Peter May

This one should be on your list. It’s a revised edition of a book out in the 1980s which Peter has rewritten and updated. It’s a country and time period I knew little about but one which has such an image in the media. It’s got all the Peter May detail, intrigue and plotting within but is a standalone, one which is making its  second outing into the world so well worth a welcome!

And like Anne of Green Gables, be grateful for a world where there are Octobers and October reads like these!