BookTrail havens around the world – Paris – Shakespeare and Company

My visit to the Shakespeare haven of Left Bank dreams

Marie wrote to the BookTrail and asked to write about her visit to this famous store. Now her favourite. Marie lives in Nice and works as a translator. 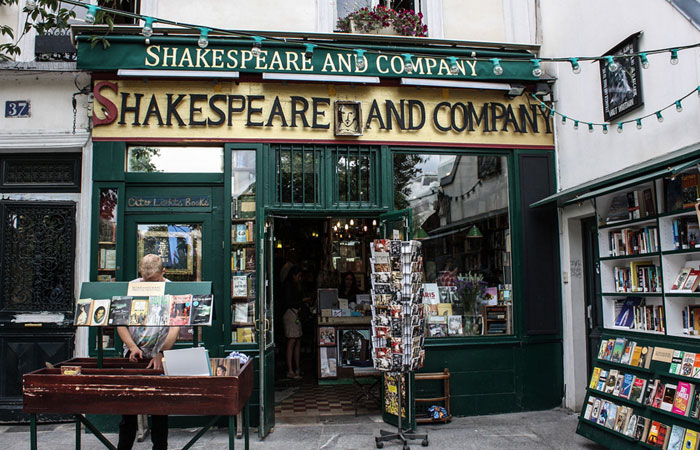 I’d visited Paris twice before coming here, but with other people, had never managed to go through its doors. I’d stood from afar and admired the store from across the river, but ached to come in and spend time alone.

The day I did, I shall never forget. It’s on the Left Bank which is a very significant place and trendy area of Paris. Famous with writers and the literary crowd for years, it’s still a place where writers, readers and everyone in between comes to meet up, read, have a coffee and just spend time soaking in the atmosphere.

And it’s more than a bookshop – although that would be a great thing in itself – it’s a literary landmark. Who first published the entirety of James Joyce’sUlysses when no one else would?

And who was there to rest the weary heads of literary figures such as  Ernest Hemingway, F Scott Fitzgerald, Jack Kerouac, Allen Ginsberg, Lawrence Durrell and Anaïs Nin.

The store has an impressive history. Am American owner who lived in the rooms above until he died in 2011. He was to have said “I created this bookstore like a man would write a novel, building each room like a chapter.” 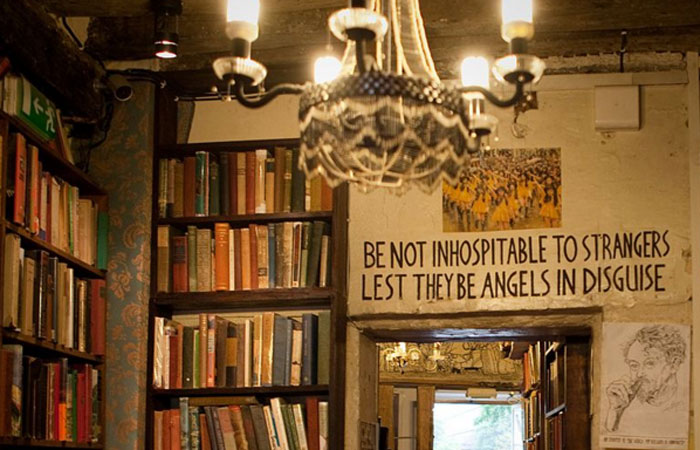 However, the woman who brought the shop into the book world was Sylvia Beach. The original store was closed down during the Nazi occupation of Paris and moved to the position where it is now. She met her partner David when he wandered into the store one day. Imagine meeting the love of your life in the bookshop where so many of the loves of your life already live?

I think a shop with such a  story gives it that edge and that unique feeling when you walk through its doors. It’s ramshackle, has that bookish and vintage aroma about the place and the sense that this walls have seen and heard many  a story across the years. I shivered as I walked inside, as if I was on sacred ground.

The fact now that this place is a pilgrimage site of sorts is a lovely homage to its past. Many people come here and never want to leave, that is true, but many come and stay for a while. all they have to do is to do a little work in the store for a few hours and read a book a day. Oh, and you have to write a short autobiography of your time there. These stories are kept by the shop and archived to make the next part of its story. There’s a free bed or two and you get washed in facilities nearby.

“Be not inhospitable to strangers,” reads a sign that still stands like a motto in the shop today, “lest they be angels in disguise.”

I always feel like an angel now when I step inside as i’m in book heaven. If you haven’t been lucky enough to visit this store, try as hard as you can to go soon. Then you’ll have longer to hold on to those very special memories and hopefully even time to return and make some more!