Today and this weekend is the perfect time to read a scary book or see a scary movie – there’s so much superstition surrounding today so spooky reads are the best  – thats if if you have a strong stomach. The movies of these books are also out at the moment so who knows , you might be able to watch the film versions instead? Are films less scary than books or is it the other way around? PErsonally I find the books worse as they get inside your head in a way that films never do. Of course the movies have the music to get you going, your heart pumping and your mind whizzing. The darkened room is the worst for me, that popcorn rustling sounds evil during a spooky movie so if I do see these films it will be in daylight hours at home. So what’s in store at the big screen this October 13th? 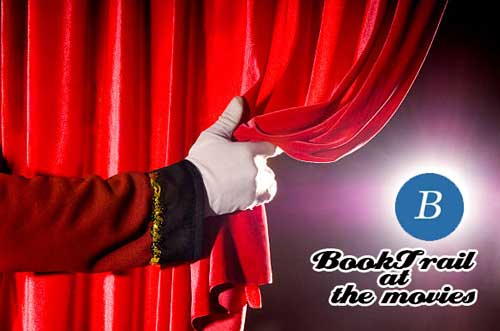 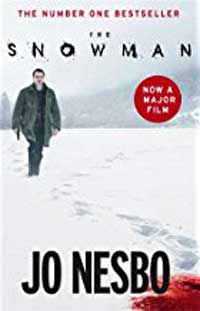 On my goodness. This novel scared me like no other. There’s just something so innocent and childlike about snowmen and snow, so this has more chills than most. The whole novel was shrouded in mystery and darkness and it was a novel I’ll never forget. I don’t want to say too much as you really have to read it and know nothing before doings so to gain maximum effect from reading it. There’s a lot to be said about Jo Nesbo he writes about the gritty and even more gritty sides of society but this stands out for me as one of his best. Don’t read when it’s snowing outside mind. Well, if you don’t want to give yourself a coronary that is.

I have to admit that I haven’t got the nerve to watch it at the cinema. I’ve seen the trailer and that was enough for me. Not saying it wouldn’t be brilliant, but if’s bad enought seeing those snowmen in your mind, so to see them on the big screen would ensure the popcorn went all over the person in front at the cinema. Imagine if I had tacos and that cheese sauce? No, I will just admire this book for the fright fest it was from afar… 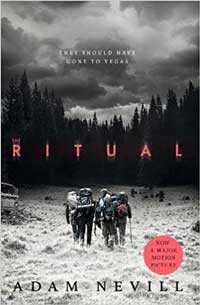 Dear goodness, why I even read this book about men who wander into a forest, get lost, see dead animals and worse is beyond me. I mean the title kind of gives you a clue right? But as any good reader knows, it’s always good to push your reading boundaries and to go in books where you certainly wouldn’t venture yourself. I love trailing and trekking as much as the next person, but not in the middle of the Swedish forests…

This was gory from the first page, but on I read….I can see where the shocks and screams would come in te movie which means I won’t be watching it, but the book also gave me shivers for the sheer amount of dangers and frights that I crossed long the way. Some might be cliched, but on the whole, this is not a friendly wood by any means and it was a fright fest from start to finish. The sense of creepyness was high although not all the characters understand what it means to go trekking in the countryside it would seem. However, for me the being hunted in a forest by an unseen force was enough to turn on the lights and to keep them on. Would Odeon do this for me if I asked nicely?