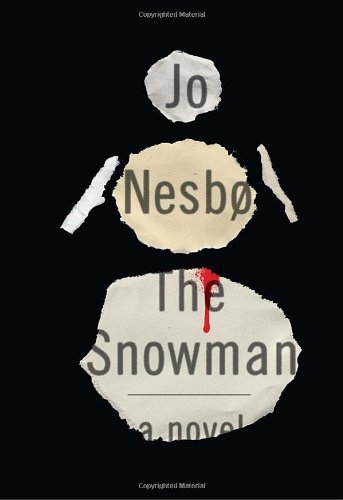 2000s -Jo Nesbø gives us the definitive guide to Oslo and the surrounding area. You might not want to go when it’s snowing though…

Oslo in November. The first snow of the season has fallen. A boy named Jonas wakes in the night to find his mother gone. Out his window, in the cold moonlight, he sees the snowman that inexplicably appeared in the yard earlier in the day.

Around its neck is his mother’s pink scarf.

A dozen other women all seem to have gone missing on the day of a first snowfall. Harry Hole investigates further and like footprints in the snow, he must follow closely whilst taking care that he doesn’t suddenly stop dead in his tracks.

Oslo has become placed firmly on the literary map thanks to Jo Nesbø and his novels of crime and gore. Luckily, the city is very nice and a hub of nice cultural activity in real life but you do get a unique view of it discovering it via the characters in the book. You  might not want to go in the snow after reading this one though.

This is a novel where snow and the cold eerie setting of Norway is one which will chill, scar and disturb you in equal measure. Snow, usually a sign and symbol of purity and innocence, the joy of a child playing in the snow suddenly acquires a whole other meaning –

‘A face,’ he whispered

Her son was pale and his lower lip was trembling

‘Is there anything wrong?’ she asked

What do you mean she said, turning the key in the ignition and turning

As Harry Hole investigates the threat of what the snow means and where it might lead to, he’s also worried about a threatening letter he’s received. As he investigates and gets deeper and deeper into the search, he realises he’s becoming a pawn in the killer’s game. Harry becomes more troubled and alcohol becomes a likely friend. With the weather drawing in and the cold dark nights so vividly evoked, this is one chiller!

This is the site to see and experience the novels of Jo Nesbø for yourself – http://www.visitnorway.com/uk/

On my goodness. This novel scared me like no other. There’s just something so innocent and childlike about snowmen and snow, so this has more chills than most.  The whole novel was shrouded in mystery and darkness and it was a novel I’ll never forget. I don’t want to say too  much as you really have to read it and know nothing before doings so to gain maximum effect from reading it. There’s a lot to be said about Jo Nesbo  he writes about the gritty and even more gritty sides of society but this stands out for me as one of his best. Don’t read when it’s snowing outside mind. Well, if you don’t want to give yourself a coronary that is.