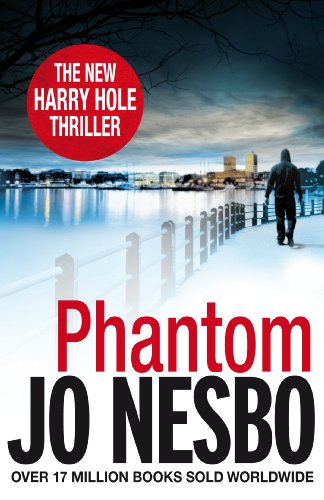 2000s -Jo Nesbø gives us the definitive guide to Oslo and the surrounding area. Interesting to delve into the gritty side of the city that fascinates us but one which we would never want to visit for real.

When Harry left Oslo again for Hong Kong—fleeing the traumas of life as a cop—he thought he was there for good. But then the unthinkable happened. Oleg, the son of the woman he loved, lost, and still loves is arrested for murder.

Harry returns to Oslo in order to prove that Oleg is not a killer but since he remains barred from rejoining the police force, he has to go things alone. So, he sets out on a solitary, and increasingly dangerous investigation that takes him deep into the drug world in Oslo. A scene from which the high ranking officials are not unfamiliar with.

He feels that he’s walking into danger and though searching for the truth about Oleg, he also has to face the truth about himself. Don’t forget to breath once you’ve held your breath at the ending!

Oslo has become placed firmly on the literary map thanks to Jo Nesbø and his novels of crime and gore. Luckily the city is very nice and cultural in real life and well worth discovering via the books. You certainly see a new side to this cosmopolitan city with this novel! From the moment he steps off the plane in Oslo, someone is watching him. He’s not exactly going to get a warm welcome.

The city of Oslo intrigues –

“Kvadraturen had been ‘Oslo’s first town centre and is “an asphalt and brick desert with administrative buildings and offices” King Chistian IV built the town in square blocks and ‘Popular myth had it that down here every leap year’s night you could see people in flames running between houses, hear their screams, watch them burn and dissolve.”

Harry of course is back for a very specific reason which takes him deep into the city’s drugs world. Back to see Rakel and her son Oleg since Oleg is now in prison for killing a heroin addict called Gusto. But Harry is not convinced he was the one who fired the gun.

Coming back to Oslo is hard – he’s been warned away by almost everyone he knows including his colleagues on the force. The Phantom of  the title is a powerful Russian known by the name of ‘Dubai’ and they call him the phantom as like the wind he’s impossible to catch. This is the man hellbent on wanting to control the market for the drug Violin which is new on the scene, a drug that gives the highest of highs and a longer one to boot.

The Oslo Harry becomes embroiled in is one of drugs, drug production and selling, drug gang wars, users, the effects of users and everything else that comes with it. In other words – destruction.

This is the site to see and experience the novels of Jo Nesbø for yourself – http://www.visitnorway.com/uk