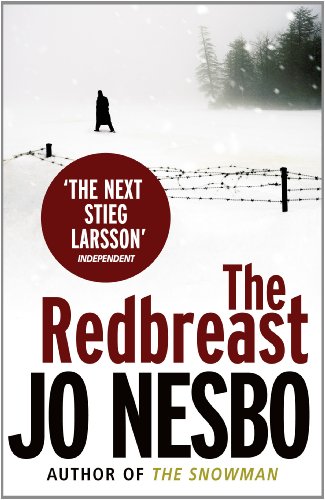 1944: Daniel, a soldier, legendary among the Norwegians fighting the advance of Bolshevism on the Russian front, is killed. Two years later, a wounded soldier wakes up in a Vienna hospital. he becomes involved with a young nurse – the consequences of which will be far reaching

1999: Harry Hole has been promoted to inspector and is assigned the task of monitoring neo-Nazi activities; fairly mundane until a report of a rare and unusual gun being fired sparks his interest. Ellen Gjelten, his partner, makes a startling discovery. Then a former soldier is found with his throat cut.

The hunt for the killer is on

From Oslo and Vienna to South Africa, Jo Nesbo takes us on quite a journey.

There are thrills aplenty and much like a great cinematic thriller, the trail via dead bodies switching from scenes set in modern day Norway and the scenes during the bloody warfare makes for gripping reading. The switch adds to the trauma of the novels subject and jolts you back and forth with the action.

How do you track down deadly vengeance whose origins date back to WW2 on the Eastern Front?

How was the Norway’s attitude and  political conscience about their divided loyalty during the war?

The chapters made up of telephone messages gives you snapshots and snippets of one view before revealing the whole picture.

The Official Harry Hole tour  should be on any booktrail list!