There are many books set in Copenhagen and other Scandi cities which are cold and calculating in equal measure. Soren Sveistrup is the writer who brought the world The Killing so he’s an expert at grim, cold, dark tales. If you normally eat roasted chestnuts to keep you warm then you might not be doing that after reading this! 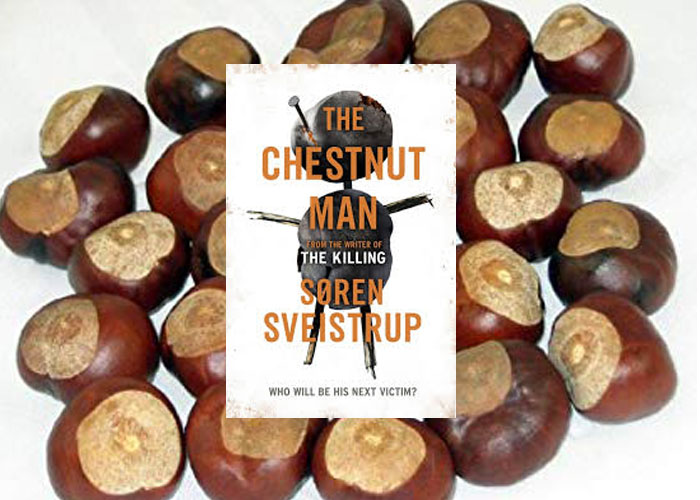 The Chestnut Man by Soren Sveistrup

Fans of Jo Nesbo and of course The Killing are going to love this one. There are some very gruesome scenes in this (that first chapter is a shocker!) so I wouldn’t read in the dark, at night or when eating chestnuts.

The Chestnut Man by Soren Sveistrup

This is one grim read. Made me shiver like Jo Nesbo’s the snowman. The opening chapter. Jeepers. I stopped right there. Almost didn’t read on to be honest but I was reading it at night so I waited until the next bright sunny day and continued.

Well the dark clouds followed me I’m afraid. It’s not for the fainthearted mind. the injuries and the bodies aren’t the worst of it either. It’s not a spoiler to mention that child abuse plays a role in the story and the idea of that was far worse than any chestnut doll. I think it would have been a lot cleverer and easier to read without that thread. It took the fear factor away for me and just made it grim.

The novel is an easy read in the sense that it’s easy flowing language and short choppy chapters but as the plot built up, I actually found this to be a bit too jerky and I wanted to get deeper into the case and the writing before I was thrown out of my reading speed and sent back to square one.It makes the frustration of finding the next victim and the killer of course all the more tense, so it does have its rewards in that sense.

The idea of the chestnut doll was creepily good –  both a child’s innocence and the idea of voodoo and a murderer’s calling card made the whole crime novel a chilling read on so many levels. Some scenes felt written just for the shock factor rather than as part of the plot for me however.

The premise and idea of the novel is a winner, the actual realisation of what the plot entails just didn’t do it for me. A mixed bag..of chestnuts.

Setting: a city, the dark heart of the city