Beautiful Bad is a brilliant thriller by Annie Ward

This thriller is not out until March 2019 but get this on your lists now people as it’s brilliant. I started this with one idea of how things were going to turn out and ended up with quite another. It’s a cliche to speak of a book taking you on a roller coaster ride, but this one did. I needed a seatbelt! Had to finish reading it in the car so I could feel safe as the killer ending came zooming towards me… 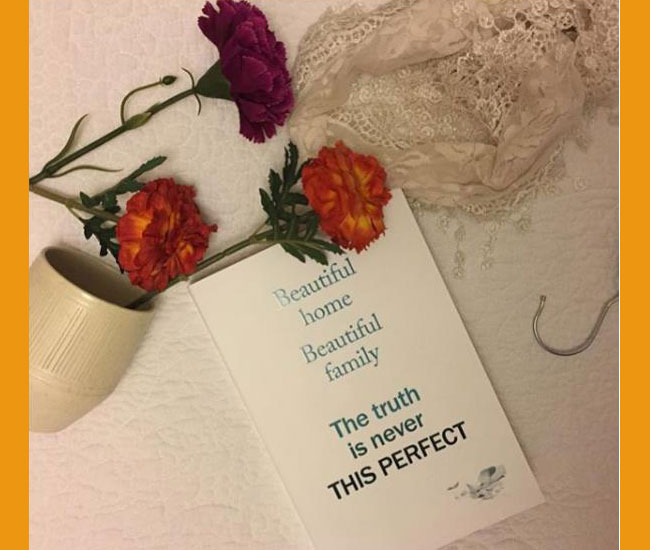 Opening chapter – A woman screams down the phone at the emergency operator. “Hurry, please help us!” First responders to the scene see blood, a possible fatality and a terrified child.

This is the day of the killing. From this moment on we go back in time to see who Maddie, Ian and Joanna are, how they met and who is dead…Chapters switch between Ian and Maddie with chapter headed DAY OF THE KILLING. Jeepers this book ramps up the energy from the start. Hits the ground running and never lets up..

This is both a domestic thriller and a globe trotting thriller. Expats meet abroad working in a war zone. Emotional twists and turns as we find out about what happens in the Balkans, in the so-called safe zones. There are themes of PTSD and the readers gets an insight into how the everyday realities of working in a war zone.

Then, back in the USA, we are plunged deep into a troubled marriage. A VERY troubled marriage. The first chapter is entitled The Day of the Killing and then we are pushed and pulled back and forwards through the time lines, and the narrators, to see what has happened and why.

In the background of all this, world events put everything into sharp focus. It’s an explosive mix but it works. Works very well in fact as I was exhausted by the end of it. In a good way I might add!  It’s a domestic thriller, an international account of working in war zones, PTSD and more. Beautiful Bad is also threaded with authenticity as the author has some experience of working in war zones. No spoilers here though!

It’s an intricately woven take. Two narrators and a timeline which jumps back and forth. The only’ respite’ is a regular insight into the day of the killing. This is hardly a rest though – more like the fire and the frying pan.

It doesn’t seem that these various threads should work together but they do.  She’s structured this in such a way that you turn those pages, flick back to check on a fact, and then get nervous when flung back to the day of that killing. There are three timelines in all – the history of how Maddie and Ian meet, days leading up to the day of the killing and that day itself. It’s a juggling act but one she performs well.

The strength of this novel for me is the way the two locations mirror the stages of the story. The Broken Balkans and the quiet mid town American town. However are these descriptions the right way around? The novel shines with the character’s emotional struggles and there are plenty of them.  It’s not a twisty novel as such – although the ending packs a punch. The book is all about the journey although the destination is pretty satisfying.

Setting: life as an expat in the Balkans and then life back home.